In the aftermath of the Civil War, England lies quiet, for now…

The war left much of the country ravaged and at Wintercombe, in Somerset, the St Barbe family was not left untouched. But peace is short-lived, as Charles II gathers support in Scotland to once again bring war to England and claim his throne.

The King of Scots’ invading army is too far away to pose any real threat to those living at Wintercombe. Far more immediate is the death of George St Barbe, who’s passing irrevocably alters the destinies of those who once lived under his rule. For his widow, Silence, it is a time of freedom and longing — finally free of her disappointing, disapproving husband, she dreams of reuniting with the dashing Captain Nick Hellier.

Young Nat, succeeding to the baronetcy upon his father’s death, claims Wintercombe as his own. He must wrestle not only with the demands of the estate, but his often unruly siblings as well… and the unexpectedly disruptive presence of Silence’s youngest sister, Patience. Nat’s twin, Rachael, proves as ever difficult to love, as she blindly and recklessly pursues the course her father laid out for her before his death.

Falling victim to an arranged marriage, she desperately attempts to mould herself into the perfect Puritan woman as a way of pleasing her late father and finding her own place in the world — even if she has to make herself miserable to do it.

Not all that far away from Wintercombe, Captain Nick Hellier stands at the side of Charles II in the disastrous Worcester Fight, battling against overwhelming odds to restore his king to the English throne. Fleeing for his life, he begins a long and weary tramp across the country that will ultimately bring him back to Wintercombe.

And back to Silence…

At long last I’m getting to the sequel to “Wintercombe” which I first read mumble, mumble years ago. I’m glad it didn’t take the characters that long to finally get their HEAs. 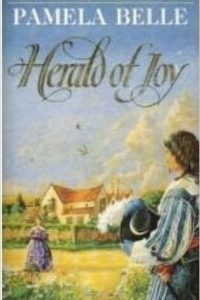 It’s 6 years after the events of the first book and things haven’t gone as Sir George St. Barbe had hoped for. He never wished for the death of his King, merely for the man to be contained. He returned to his family home to find it had been occupied by Royalist forces though thankfully not despoiled. His beloved eldest son died in the conflict leaving George with a sickly heir, Nat, whom he’s always despised. Somehow worst of all is the bewildering change in his previously meek and submissive second wife, Silence. There’s nothing he can put his finger on but she’s changed in the years he’s been fighting for Parliament and not for the better, in his opinion. But with death staring him in the face, he’s determined to ensure that his final wishes are adhered to by means of his will which he arranges with his usual careless dismissal of anyone’s desires but his own.

Silence, meanwhile, guiltily anticipates her freedom from a husband who never loved her and treated her with casual disregard. But she’s known love in the person of the Royalist Captain Nick Hellier who left her with that and something else – a daughter and the knowledge she cuckolded her husband which is not something she takes lightly.

After George’s death, the terms of his will horrify Nat and Silence. George has arranged for his prickly daughter Rachael, the one who desperately wants his love but has never been able to bend her temperament, to marry a, for her, totally unsuitable man. Meanwhile Silence has been left a ruined property she despises while her access to Wintercombe is legally limited except by her step-son’s grace. The guardianship of her minor children is also taken from her and left to Nat. That these two have long had an understanding and deep friendship somewhat mitigates George’s imposition of his wishes but the sheer thoughtlessness of it all leaves them both furious.

Silence inherits another issue in the person of her youngest sister Patience – nicknamed “Imp”patience in her childhood. Not at all a meek and godly female, Patience has dallied with treason along with a group of Londoners plotting to bring Charles II to his throne. When some of them are arrested, she’s glad enough to escape to Somerset and her sister’s household. A chance meeting with another (former) Royalist officer who was at Wintercombe brings news that could unsettle the household again: Nick Hellier’s known whereabouts in Scotland with Charles – crowned King of Scotland.

Nick has spent the last six years selling his sword in the German lowlands before this attempt by Charles brings Nick back to England. Nick’s experience tells him that it’s doomed and indeed though he and the Royalists fight bravely, the Battle of Worcester is a disaster. Now Nick is on the run with an aristocratic officer named Mervyn Touchet who doesn’t understand the concept of “blend in.” Though he tries to avoid bringing more trouble to the woman he’s loved for six years, events conspire to herd the two men in the direction of the place and people for whom Nick longs. Meanwhile, another man has designs on Silence and her inheritance and will stop at nothing to obtain what he desires. 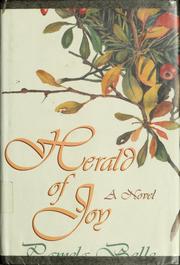 So here we are with another meaty historical that includes danger, plots, treason, intrigue, true love, strong hate, revenge, a profane parrot, adventure and some delightful though unexpected HEAs. While reading it I went from happy highs to nail-biting worried lows. I was on the edge of my seat time and time again as one menace is dealt with only for another to take its place. Silence’s children might feel they’re playing with the actions they take but the adults know the deadly danger and ruin that awaits them if they are caught. During the last 60 pages, my heart was in my throat as I madly flipped pages to see how Nick would be freed, Silence would be saved and everyone would get their just desserts. The final confrontation left me frantic and I needed the slow cool down chapter at the end to catch my breath.

While I might have wished for more Silence and Nick face time, there are two other slow boil romances as well as lots of time with many of the other characters – the children and devoted servants especially – I came to enjoy in “Wintercombe.” I do wish that the next book wasn’t quite so far into the future for these people as I’m left with some questions. What happens to Tabby in the aftermath of her actions? What about the younger children? Does Emerald the parrot ever learn to say anything more socially appropriate? And what became of Mervyn Touchet? Perhaps I’ll get some of these answers anyway in the next installment. B+