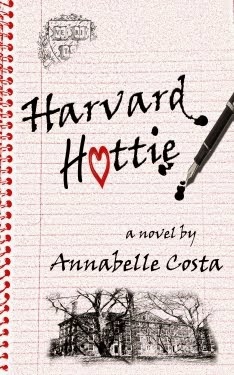 I am monumentally relieved that you came up with a second (better) cover for this contemporary romance, if not a second (better) title. It’s not that the original cover was bad . . . it’s that it was so mind-numbingly bad that nothing could have induced me to read it were it not for the fact that the ebook is free from most vendors and I read a handful of thoughtful, positive reviews. I feel compelled to point this out right off the bat because going off the cover (and title) alone, I was second guessing my decision before I even began. Then after I began, I felt certain I would get a few pages in and call the whole thing off. But then I kept reading. And . . . I didn’t want to put it down. Not at all. And so I didn’t. I read it through in one lovely gulp. And then I found myself in the awkward position of standing around, wringing my hands, mumbling about the packaging. So I’m glad the cover at least got a revision, because I do think this story deserves whatever will help it find its way into the hands of other readers who will love it, too.

Ellie Jenson still isn’t sure how she got into Harvard in the first place. She worked her butt off in high school, set her sights sky high, and made it to the big time. But deep down she still wonders if it wasn’t all a mistake. Because of the two kinds of students who go to Harvard, she falls fair and square in the Smart and Poor category. And Luke Thayer is Rich and Dumb through and through. Actually, Luke isn’t dumb at all. But he’s filthy rich, entitled as all get out, and bound and determined to disagree with every assertion Ellie makes in their freshman expository writing class. Which is the only thing they have in common. And Ellie would like to keep it that way. Which is why, when a tipsy Luke makes a pass at her one night, she tamps down every ounce of attraction she feels for him and . . . passes. And with that Luke Thayer walks out of her life. Fast forward fifteen years. Ellie took her Harvard degree in computer programming and is now supervising her own little department of programmers. She hasn’t thought of Luke in years. Which is why she’s fairly gutted to find out her old nemesis is the new CEO. Determined to show her new boss just how far she’s come, she strides into his office to find out that Luke is in a wheelchair. And has been for several years now. Caught completely off guard, Ellie struggles to reconcile the insufferable Luke she knew with the man before her whose life is clearly anything but charmed.

I wasn’t prepared to like them so much. I wasn’t. The whole thing started off like every other New Adult cookie cutter I’ve read over the last year. But then . . . they grew up. And their lives just hadn’t gone the way they’d imagined. Luke’s more so than Ellie’s obviously, but they were both so endearingly adrift. And I when I say endearing, I mean I they were going on anyway, knowing their lives lacked something and every day experiencing the pain of not knowing what it was or how to find it. Watching them carefully negotiate the new and unwieldy boundaries of their relationship was . . . adorable, to be honest. It was sweet and giddy and it filled me with anxiety for both of them. It’s been a long time since I’ve read a book with a physically disabled protagonist, and I have to say the way Luke’s disability was handled felt incredibly real and unvarnished. Nothing about his condition is glossed over or simply melts away in the face of their growing attraction. And the book is infinitely better for this steady hand. There are cringeworthy moments, ones where Luke, Ellie, and the reader wishes like anything they could just sink into the floor and disappear. Ellie doesn’t always say the right thing and Luke is alternately unutterably charming and absolutely mortified. But they stay.

Luke and Ellie both have some of the same hang-ups they had in college. Luke has even more money than he did back then and Ellie’s simpler, more frayed lifestyle befuddles him. For her part, Ellie is uncomfortable and a bit stunned by Luke’s wealth. To say nothing of the glitzy company he keeps. I wasn’t sure from chapter to chapter if it could last or whether or not it should, particularly as the numerous limitations presented by Luke’s condition and the consequences of his ruthless business acumen begin to press on the back of Ellie’s consciousness. But, my, I wanted it to. Here’s one of my favorite scenes which highlights the particular blend of humor and honesty that is Ellie and Luke’s story. A policeman has just spotted them getting a little up close and personal in Luke’s car:

Luke obligingly opens the door to the car. He grabs his wheelchair out of the back seat and the officer watches in shock as he pops the wheels into place. When he transfers into the seat, the cop is white as a sheet. I would have laughed if I wasn’t still shaking. Luke pushes his palms into his thighs to straighten out his posture and he looks at the officer questioningly.

The officer still looks a little stunned as he goes back to his own car. Luke looks at me in the car and winks, “I never get tickets.”

Luke nods. “All right,” he says. “Will you come to my office for lunch tomorrow?”

“Totally innocent,” he assures me with a grin.

That would actually be a pretty big disappointment.

I loved the way Luke’s challenges were leavened a bit by the glib, at times downright roguish way in which he maneuvers his life. From tearing down the streets of Boston in his sleek car to ordering massive amounts of Chinese takeout to lure Ellie into his office, his antics nearly always brought a grin to my lips. It’s a simple story in the end, very simply told. There isn’t much in the way of grand flourishes or conflict here. In fact, history with Luke’s father aside, few of the secondary characters really come into focus outside of the two principals. And maybe it was a case of the right book at the right time, but Ellie and Luke felt like people I might pass in the hallway at work, leading ordinary lives, in search of warmth to come home to at the end of the day just like me. A sweet, disarming read. B+