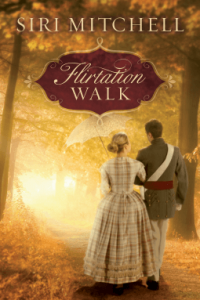 Trying to escape the shambles her con-man father has made of their reputation, Lucinda Curtis arrives in West Point, New York, determined to land a husband from the military academy. Campbell Conklin is first in his class and preparing to embark upon a storied career in the U.S. Army. Lucinda thinks Campbell will make the perfect husband . . . as long as he does not find out about her father.

Seth Westcott also has taken a liking to Lucinda. He’s kind, smart . . . and working extremely hard to graduate last. Tradition states that the worst cadets are assigned to the cavalry out west. And west is where Seth must head to track the swindler who stole all of Seth’s mother’s money. Seth is smart enough to vie for the top spot, but life isn’t fair and this is his chance to catch the man who ruined his family. It’s too bad Campbell is all shine and no substance, but Lucinda will surely see through all of that, won’t she?

Years ago the cover for your book “A Constant Heart” bedazzled me into buying that book. One of these days I will read it, I promise. But when I saw this book listed at netgalley it piqued my interest since I’ve been looking for non English historicals. Two people who must fundamentally change the way they act and their viewpoints on life – she by being good and he by being bad – in order to obtain what they want. Okay, let’s see how they do.

Ooh, daddy was a conman and Lucinda knew about it; she even took part in his schemes. He always told her they gave hope in exchange for money though Lucinda acknowledges that she and her father probably got the best of the deal since they ended up with the money. I find I actually like her take on life. She’d always been proud of her father and his ability to get others to do what he wanted. Yeah, that meant getting the gullible to hand over their money but he was good at it. She’s well aware that she’ll have to try and fit in and marry respectably now. And despite the fact that there is little time to spare, she knows she can do it too.

Lucinda’s welcome at her aunt’s house isn’t the warm, loving one a long lost relation might wish for. In fact, even the cadets visiting for dinner note the coldness with which she’s received. Fortunately, she and Seth bond over discussing their recent losses of family. Seth is all work and no play while Lucinda is quite capable of putting on a good show and manipulating people to do as she wants. Not exactly polar opposites but it could be looked at that way.

I love Seth’s charming, easy going friend Deacon – who puts more time into cleverly getting more bad things done in a day than Seth does getting things right. Lucinda is actually proud of how her father once – maybe still? – held the record for getting the most demerits in the shortest amount of time. Then she begins to discover just how much her father didn’t tell her about himself and his past life at the Point. And she wonders if it’s how the people he’s conned out of money feel – betrayed, lied to, adrift and floundering. She also begins to see that the life they lead wasn’t normal: that they were the ones out of step. Seth’s got some good friends, real pals who’ll cheerfully help him start to fail just as he’s helped them stay at the Point for the past 3 years. It’s all for one and one for all!

Seth is so cutely and deeply smitten with Lucinda that he wouldn’t be able to dance well with her at the hop even if he could dance well in the first place. And he’s enamored with her perfume – though he doesn’t realize that the gravy and cinnamon fragrance is due to the fact that she was cooking right up until it was time to get ready for the dance. Now that Lucinda has made up her mind that he’s the man for her, her main problem will be getting him to work up the nerve to ask her!

As Lucinda begins to know her aunt’s family, it reinforces the fact that her father lied to not only his marks but her as well, denying her knowledge of her mother or his past. A statement by her aunt, that he had been a man who could have been a stellar cadet but who decided it wasn’t worth the work when he didn’t get what he wanted, could also apply to Seth. He’s worked hard for 3 years, done the right things and still the Army wouldn’t let him see to his orphaned sister, wouldn’t let he or his friends be the responsible men they felt they already were.

The conflict is both internal and a bit external. Lucinda has to come to terms with the fact that what she thought she knew about her father, and life, was wrong while Seth has to let go of the safety of doing his best and do what’s right. Lucinda is also constrained by needing to find a respectable husband and having her judgmental uncle prepared to expose her father’s past should she do as her own mother did and choose a man deemed unworthy. Seth, by trying to set himself up to fail, by Army standards, has unfortunately become just such a man.

The inspie part begins with Lucinda’s revelation in Church that the God her father had taught her about – the judgmental one always looking for you to fail – is not the one her aunt’s family knows – the one who loves you regardless of how you might fail. It’s another upheaval in her life and another way in which she discovers how her father failed her. The wisdom imparted to Lucinda about doing good for its own sake is passed on gently rather than bashed with a religion stick.

Watching Seth involuntarily voluntarily torpedo his grades, his conduct and his hard won place at the Point is hilarious and depressing. It takes him so long to finally give in and not care and yet … he still does as evidenced by his relief at finally being able to tell Lucinda why he’s sabotaged everything. Seeing how much his Immortal friends care for him and also respect him is touching too. They might have to obey Conklin but they know him for the faker he is – someone far more interested in surface than substance and who delights in taking others down. No officer or enlisted man will ever respect him while they’d give their last effort for Seth who’s earned his honor and does his best for others.

The irony is that Lucinda discovers her true feelings for both men – Seth and Conklin – at the same time and at a point where she can’t do anything to salvage what her father did which ironically is why Seth has thrown his future away. Seth’s friend Deke and Lucinda’s cousin Phoebe are the ones to see how the situation really is and give Seth and Lucinda both good and hard advice.

Once Lucinda knows the truth, her reluctance to take any responsibility for her past actions makes sense in a weird way. If she had immediately owned up to her total past – beyond telling Seth that her father had been “bad” and that she had previous issues – it would have been too soon for me. Lucinda still has some personal growth to attain at this point and a complete turnabout would have felt too quick and too cheaply engineered. Then the bombshell gets dropped. Now what will Lucinda do?

When the fit hits the shan, Seth plays to his strengths and his enemy’s weaknesses – just as a trained military man should. Kudos that he still doesn’t immediately jump to conclusions and think the worst of Lucinda. No “You betrayed me, you hussy! I will hate you forever.” And bless his friends for rallying to his cause and continuing to lend their aid and support. Also Seth for being conscious of their consciences, honesty and integrity. No, Seth’s feeling of betrayal comes when Lucinda Reveals All. But she does it on her own. No one makes her, only her own sense of honesty and newfound morality. Her feeling that she can’t live a lie anymore because it’s not what *she* wants to do anymore. Right and wrong spring into focus even more than they have since she got there and her conscience won’t let her betray anyone else.

I will admit I was reading fast to see how Seth’s plan, Lucinda’s revelations and her confession to her Uncle would turn out. Seth learns that some plans might need to be rethought and that once actions are committed, there might be no going back from them. Lucinda learns about honesty and second chances. Seth gets what he was aiming for – even if for different reasons – and Lucinda gets love instead of luck – having now discovered the difference between them and made up her mind which is best.

“Flirtation Walk” is funny, charming, historically accurate with bonus fantastic friends and relations. I also didn’t feel beaten over the head with an inspie stick. A good guy trying to be bad and a bad woman trying to be good? Sounded like it could be fun and it was. All around good job! I hope you will rethink your intention to not turn this into a series. Pretty please? B+