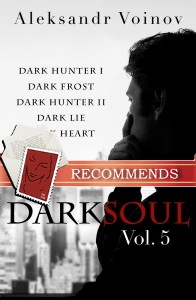 And yet. And yet. I read each installment with apprehension but also eagerness, and they have rewarded me handsomely. I put off reading Volumes 4 and 5 for weeks, in part because I wanted to give them the attention they deserved. I’ve already talked about Volumes 1 and 2 here and here, so this review will cover the last three installments. I’ll do my best to avoid spoilers, because part of the pleasure and impact of the story comes from the way you’ve put it together. For readers who find my plot summary inadequate, there are reviews at Goodreads and a number of blogs that provide more answers.

The overall storyline is relatively compact: Stefano Marino, a avowedly heterosexual mob boss with a beautiful wife whom he loves, falls hard for Silvio Spadaro, an assassin who is the lover and heir of another boss. That boss sends Silvio to Stefano to assist him in a battle with the Russian mob. Volume 3 begins with the Russians’ attack on Stefano and Silvio’s retaliation against them, two acts that bring them together physically and emotionally, and it introduces a character from Silvio’s past who becomes part of the campaign against the Russians. This installment reveals more about Silvio, from his ruthlessness as an assassin and a person, to his sexual needs, to his vulnerability when he was a child. Stefano finally starts to come to terms with his attraction to Silvio and realizes it is not something he can wish or repress away.

In Volume 4, Silvio and Franco’s onslaught on the Russia mob continues and the relationship between Silvio and Stefano deepens, and both developments have their inevitable consequences. The mob war escalates beyond something that can be dealt with by merely buying off local law enforcement, and Donata is no fool. Stefano’s personal and professional existences are both up for grabs by the end, and it’s not at all clear which way the resolutions lie. Stefano is deeply conflicted because he is growing more emotionally committed to Silvio, but he also loves Donata, and he wants to keep everything the way it is and somehow add Silvio into the mix. Plus, he is trying to maintain his mob supremacy in the face of increasing threats.

Volume 5 has to wrap all of these loose ends together. And it does, with style and assurance, all the while introducing another major character. Savvy readers should deduce the backstory of the new character fairly quickly. Since I was slow on the uptake, I was kind of annoyed at first that this character became so important, although I understood why he had to for storyline reasons; then I finally got it and everything made sense.

In this final episode, the Russians are basically out of the picture but Stefano and Silvio have to deal with the increased law enforcement attention that accompanies their demise. Stefano tries to find a way to salvage his marriage while still hanging on to Silvio and fighting off challenges from within his organization. We also find out more about Silvio, which I found extremely helpful. By the beginning of Volume 4 I was starting to wonder if he was a sociopath. The ultimate explanation for some of his personality made sense to me, although I’m still ambivalent about how trustworthy he is and how fully he can commit to other human beings. But I could definitely see why Stefano didn’t want to have to choose:

He stood and slipped out of bed and closed the door behind him on the way, smiling to himself. Compared to Donata, Silvio was the polar opposite. Not a graceful or early riser. And that would be less funny if Silvio weren’t a sicario. If he killed a stranger for absolutely no personal reason, how would he respond if unduly irritated?

But of course, all that was idle bullshit, especially considering that the big issue in the back of Stefano’s mind was his wife. He kept checking his phone in the hope of a text from her. He sometimes touched her profile on his phone, especially when Silvio was asleep or occupied with something else. He’d snapped a photo of her on one of the date nights, dressed in a gorgeous red dress, her hair tumbling down. It showed up every time she called him, and sat as a tiny thumbnail right next to her name. Donata Marino.

And he was hiding away from her in this hotel, fucking Silvio, finally sating that hunger and that deeper need, the terrible affection for another man. But, truth was, he was hiding, still avoiding her.

I needed time to work this out for myself. I needed to know if it was real. And God help me, but it is.

First, I  thought Stefano needed to experience the consequences of his various decisions a bit more than he did. I didn’t want him to grovel more or be punished, exactly, but resolutions seemed to come a little too quickly (this may have been a consequence of page length). Second, I wasn’t fully satisfied by way Stefano made the decisions about his future and the ramifications of those decisions for both him and Donata. Stefano made them unilaterally even though they affected both of them, and I had trouble believing that it was as easy for the two of them to live with the decision as it seemed in the end. Even when you hate something, it’s hard to shift the patterns and habits of decades. And while I was pleased that there was an HEA in the end, I had trouble believing the characters were as free of their pasts as they seemed to be. So, in some ways, Volume 5 was the least satisfying for me.

Overall, though, the way the characters and the plot unfolded over the installments was really well done. Stefano goes from being confused and not very self-aware to decisive and much more in control, as well as more honest with himself and those he loves. Donata, when she finally appears on the page, is worth the wait. She’s a little too understanding in the last installment, but she’s a strong woman who seems to be making thoughtful and considered choices. And Silvio becomes less of an enigma and more of a human being. He’s still the same Silvio we met at the beginning of the first volume to a great extent, but we see him less as a gorgeous assassin and more as the complex young man that he is.

The quality of the writing sustains a high level of quality throughout the five installments; it is taut, focused, and perfect for the subject matter. The sex scenes are explicit, hot, and critical to the development of the plot and characters. There is an m/m/f scene which is extremely well done. If readers aren’t fanning themselves throughout, I’ll be surprised.

I am so glad I stretched outside my comfort zone and picked up this series. I want to reiterate, this is not a genre romance. It’s not easily classified, either as conventional m/m or menage. There are some extremely violent scenes, and the characters do some pretty unlikeable things. They are ultimately sympathetic, but it takes some of them quite a while to get there, and all readers may not make the journey with them. But for those who do, this is an incredibly rewarding read. It’s not perfect, but it’s very hard to forget.