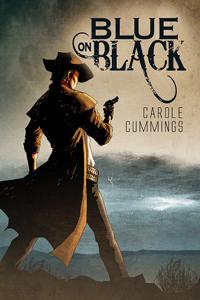 Kimolijah Adani—Class 2 gridTech, beloved brother, most promising student the Academy’s ever had the privilege of calling their own, genius mechanical gridstream engineer, brilliantly pioneering inventor… and dead man. But that’s what happens when a whiz kid messes with dynamic crystals and, apparently, comes to the attention of Baron Petra Stanslo. Killed for his revolutionary designs, Kimolijah Adani had been set to change the world with his impossible train that runs on nothing more than gridstream locked in a crystal. Technically it shouldn’t even be possible, but there is no doubt it works.

Bas is convinced the notoriously covetous and corrupt Stanslo had something to do with Kimolijah Adani’s tragic and suspicious end. A Directorate Tracker, Bas has finally managed to catch the scent of Kimolijah Adani’s killer, and it leads right into Stanslo’s little desert barony. For almost three years, Bas has tried to find a way into Stanslo’s Bridge, and when he finally makes it, shock is too small a word for what—or, rather, whom—he finds there.

Dear Carole Cummings, I really missed your writing, so I clicked on your new book the moment I saw it for sale on Amazon.   I hope my grade shows that I really enjoyed it, but I have to share what bothered me first. One of the pleasures of reading sf/f for me is to be transported into a new world every time I open a new book. I prefer to be thrown into an unknown world and learning about it as the story goes along rather than endure long and tedious information dumping in the beginning of the story.

This book certainly delivers on “being thrown in the new and unknown world” part, however I am not sure about “learning about the world as the story goes along” part. Actually, let me correct myself, I learned everything directly related to the plot of the story, what I did not learn is what several important terms employed by the author mean. For example, there is the word “Directorate” in the blurb. Do you know what this means based on reading the blurb alone? You can probably guess that this is some kind of organization, right? Well, the problem is that after finishing the book, which had 7777 locations on my Kindle, all I can add to this description is that it is an organization which seems to try to protect people with psych abilities (and it is far from always successful so I have no clue how competent it is), and which appears to have some law enforcement powers. I am torn, maybe this is the whole point, maybe this is all I needed to know, because the author certainly answered all the questions directly related to the plot, but I am also really irritated, because I wanted to know, darn it!

But wait, the Protectorate is probably not the best example, because its role in the story does not change, whether one understands exactly what it is or not. Let’s take the word “Tech”.  Do all people who have interesting abilities get this title? Maybe only the ones who studied in the Academy?  I frankly have no idea. I also have no idea what are the abilities which let you be called that. Sure, some are named and that’s why I thought that it is mostly referring to psychic abilities, but we also get WeatherTech in the story, for those who can manipulate weather, so once again I have no idea what is a complete definition for this word. I am not even going to go into wanting to know the societal structure of this world.  Oh, it is hinted – we have Directorate and territories, but we also have the place where most action in this story takes place, which is kind of like a feudal estate owned by a homicidal maniac with his own brand of charm. The machinery points very strongly towards steampunk, so I decided to accept that it is somewhat modelled on the 19th century and move on. Hopefully, you understand my frustration, however having said that, I absolutely felt transported to another time and place. This world may have been confusing and frustrating in a sense that it would not share all its secrets with me, but it felt like a different world from ours.

As the blurb tells you, Bas is a Directorate Tracker who basically has a deep undercover mission to find and stop the killer of Kimolijah Adani, the best and the brightest student in the Academy. Kimolijah was probably killed for his latest discovery (a train with a new and cheap sort of power). Once Bass manages to infiltrate the Baron’s estate, and this is not a spoiler since it takes place in the first two chapters of the book, he finds out that Kimolijah is alive.  Bas also finds that several people with and without different talents, who were thought to be dead, were not in fact dead, but all live in Stanslo’s Bridge.  Very few of them are there voluntarily, but none can leave either because the Baron can effectively threaten either the welfare of their loved ones who are being held as collateral, or because they will simply die themselves if they live (the specific reason for them dying should remain a spoiler, because it is a really big one). Kimolijah seems to understand all the reasons for not being able to leave and still his genius mind keeps planning, keeps stalling, in other word keeps fighting.

The reader slowly learns what is going on while Bas does the same. The story is written in present tense, which is normally not my preferred choice, but here I loved it. I thought that the fact that narrative takes place “right now” reflects the urgency and fight for survival that characters are going through.  Initially I was just as confused about the plot of the story as I was about the world building, but as I stated above, eventually all the “smaller scale questions” were answered. It was clear that the Baron wanted the fruits of Kimolijah’s labor and had the means (or thought that he had the means) to force him to do it, but I was surprised more than once as to how and why all the other people in the Baron’s service (or should we say servitude) were staying at Stanslo’s Bridge.  Several people’s loyalties were not what they seemed; however more than one character surprised me by showing the better sides of their nature rather than the worst.  While Bas was adjusting to life at the estate and the horrors that were happening there, the mysterious “Bruise” was mentioned more than once.

“The Bruise,” Lowen says slowly, “is why we’re all here. It’s why Stanslo’s Bridge is here. It’s why Baron Stanslo has gathered people of certain skills and why some of those people are more…necessary than others.”

Let me say that when Bruise actually makes an appearance, it was not what I expected at all.

Bas is trying to prioritize his plans.

“Sure, if by what you want he means find out why the most anticipated gridTech genius in decades is out here building trains and guns for a criminal and then get said genius and himself out of here before anyone twigs about who Bas really is, and also maybe find out if that missing weatherTech is wandering around out here, too, while he’s at it, but since Lowen obviously doesn’t mean anything of the sort, Bas says nothing.”

You probably noticed that the book is published by DSP Publications, Dreamspinner press’ imprint for books which have a secondary romantic storyline and a lot of other plotlines (so far I mostly noticed sf/f and I am not complaining). Did I find the romantic storyline secondary? It is hard for me to say, because Bas’ “obsession” with Kimolijah occupies his thoughts often and they do have quite a lot of interacting time. I also think that this author excels at off the charts chemistry between characters without showing a lot of explicit sex, however there is no doubt that the fantasy storyline has been crafted with great care and attention to detail.  They certainly do not have the time to engage in a traditional courtship – they are too busy trying to survive and leave the hellhole they have ended up in.  But the romantic story does have nice HFN ending, or should I say beginning.