I really enjoyed the main characters in this book. I’m…ambivalent enough about the other characters and some of the plot that it affected my enjoyment of the book as a whole. 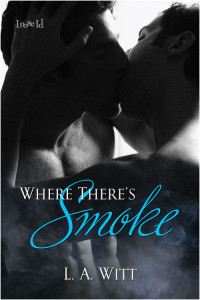 Jesse is running for Governor of California. He has no experience whatsoever in pretty much anything. He comes from acting royalty but is a semi-reality-show also-ran himself. He has very little life history before his decision to run except for the fact that he’s married to an Oscar-winning actress. So his decision to run was never fully explained to my satisfaction. Yes, the Republican candidate is horrible. Yes, Jesse has name recognition. But he claims throughout the book that he can handle the actual job of governor but doesn’t know how to campaign. But really, he’s never done either. What in his background allows anyone to believe, himself included, that he’d be a good governor?

Anyway, he’s also gay. His wife, Simone, knows about his sexuality and they’ve decided to divorce…right after the election. But until then, part of the campaign strategy, devised by Jesse’s senator uncle, is to play the happy-married, deeply-in-love couple. But Simone has Issues. She’s got a huge history with eating disorders that arises from her inability to access or process emotion. She tends to get vicious when she gets angry and she sublimates all stress into her eating disorder. So, it’s totally a good idea to put their sham marriage front-and-center of Jesse’s campaign, right? Right.

Jesse’s senator uncle’s former campaign manager becomes Jesse’s campaign manager. Anthony is driven, exceedingly competent, as principled as he can be, a smoker, gay, and totally hot for Jesse. Jesse in turn is totally hot for Anthony. Anthony is convinced that Jesse is straight. Jesse can’t tell if Anthony is gay or not. Commence sexual tension. One thing you do well, Ms. Witt, is build sexual tension. The slow bloom of a relationship, the realistic movement from lust to affection to love is something you do brilliantly, and this book is no different. The scene in which Jesse finally FINALLY comes out to Anthony is just perfectly done (I’d quote here, but Loose Id is securing their ARCs and I’m not typing out the whole damn excerpt — trust me, it’s an amazing scene).

The relationship between Jesse and Anthony builds so very slowly. For a long time, they can’t find time together to have sex because of the demands of the campaign, so they really have time to fall in love rather than just fuck like bunnies. I like that. I totally believed that these two guys love each other.

And really, only you would be able to make a smoker sexy because it’s so much a part of his personality. That was fascinating.

The book is long, more than 350 pages. So it’s almost inevitable, perhaps, that it sags badly in the middle. Once Jesse and Anthony have established their relationship as best they can, it’s pages and pages and PAGES of angst over the Catch-22 everyone is in. Simone is losing weight! But we can’t talk to her about it because she’ll just get mad and flounce away! But we’re hurting her! But we can’t help ourselves! And anyway, she pushed us together! But the voters! Over and over and around and around, with no solution until after the inevitable crisis point.

The character of Simone really bugged me. Women in m/m romance is a fraught issue. Usually there aren’t any. Some dedicated m/m readers will actively avoid books with women in them. So any woman who is a main character in m/m is bound to carry a lot on her shoulders. So on the one hand, Simone is an interesting character with her inability to access emotions and her need to exert control through her eating disorder. But on the other, she’s incredibly annoying because she’s so irrational no one can talk to her and it seems that she’s just the figurehead for the Conflict rather than a real character. And the saggy middle harping on that conflict without a solution made it all a bit much for me. It’d be nice to have a female character in m/m who doesn’t have Issues. (Admittedly, Jesse’s personal assistant is female and a wonderful sidekick character.)

So, as much as I loved Jesse and Anthony (and boy, did I!), the pacing issues and Simone’s whole character (and especially her final admission) really pulled this book down for me. The ending, though was a nice twist. I liked the reason for the Conflict and loved Jesse’s solution — even though it seemed a bit too cavalier, it did maintain his integrity. Overall, I couldn’t put this book down, but I did read some of it while squinting a bit.