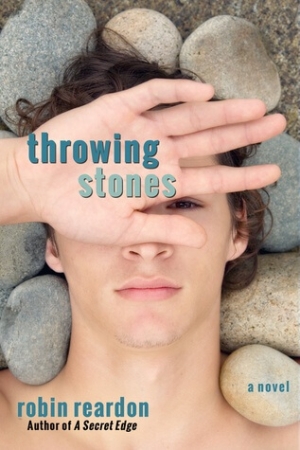 What if you fell in love with a Pagan?
And what if you were both gay? What would happen next?

In this paranormal romance, something is drawing seventeen-year-old Jesse Bryce toward the community of Pagans who live in “the village,” just outside his rural Oklahoma town. Maybe it’s that he has a crush on Griffin Holyoke, a tall, dark-haired boy with a tree tattooed all up his back. Or maybe it’s that the Pagans accept Jesse for who he is, unlike his family–or his church, where he hears that being gay is a sin.

Find out what happens. Scroll up and order your copy today

I really enjoy your writing and usually try to buy your books when I see you have a new one out. While I liked this one overall, a couple of things bothered me.

Jesse Bruce is another gay teenager who faces the challenges of figuring out his sexuality and how and whether he wants to come out to his family and other people. Actually, Jesse already knows that he is gay, he has known for couple of years when the story begins, and he decides that he wants his best friend Brad and his family to know as well. While coming out to his friend goes surprisingly well, to his family – not so much. They do not throw him out, but his father and brother are not very sympathetic (to say the least) and even his mother says that he has to give them more time to come to terms with it.

In the meantime, Jesse had always wanted to get to know the Pagans who live close to the town, specifically he wanted to be friends with Griffin from the village, who goes to school with him and whom Jesse has admired from a distance for a while. People from the town where Jesse lives have always treated people from the village badly, accusing them of many imaginary sins, but being Pagans is their main “sin”. When one of the villagers tries to protect a town girl from a rapist and is shot and killed, instead of gratefulness, some in the town burn him in effigy (don’t ask me why, I was not entirely clear on that. I think the rationale was that if the dead man would not have interfered, she would not have been raped?!). This event becomes the catalyst for Jesse to try and learn more about the people from the village and try to build bridges between two groups.

Of course we all know that the road to hell is paved with good intentions. I loved Jesse, I loved his bravery and his good heart, and even when he was learning that “good intentions” do not always work, that life often is more complicated than that, I loved that he would not abandon his efforts.

Jesse is sincere in wanting to get to know people from the village and to understand what they believe in. He likes what he sees and hears, but also he is happy to be accepted in the village, something which his family is still coming to terms with. However, Jesse has to learn that it is hard to overcome years of bad blood and that it is understandable for some of the villagers to be wary of his plans.

He also finds a boyfriend in the village, someone who goes to school with him.  I will leave it for you to discover why the book is categorized as paranormal romance, because it is actually a spoiler. I don’t know if it helps or not, but I did not think that it was a paranormal when I was reading it (I forgot that blurb describes it that way). I think the magical realism tag is appropriate for this element, though.

I will also note that they do have on-page sex, in case you do not want to read about it, but they are both of the same age so I don’t see why not. It is funny that while I prefer less sex in adult m/m books, I often do not find books about seventeen/ eighteen year old boys where they do not think about sex at all believable. Not all teenagers are the same of course, but a lot of boys that age do think about sex and have sex, and I wish more books reflected that. I do not need super explicit scenes, but at least acknowledge that they are having sex before it fades to black maybe? Anyway, these guys have sex and it is actually described (not super explicit, but I would say explicit enough) in the book.

I liked them together even though I thought that the romance (not attraction!) happened a little too fast, but I kind of understand because I thought the main storyline was about building bridges between two groups of people and how Jesse dealt with it. The romance was very connected with it, but I thought it was less developed, if that makes sense.

At the beginning of this review I said that a couple of things about the book bothered me. Basically, I think the portrayal of the village’s people bothered me. I think the author wanted to educate her audience about Paganism, which is an admirable goal, and she clearly did her homework, but I also think that a side effect of that goal was that the villagers were mostly defined by being Pagans. How to explain it? I think Paganism is romanticized in this story – I get that the bad blood was due to town folks not being willing to learn that their prejudices are just that and Pagans are not “freaks”, but the villagers came out a bit too perfect for my taste?  I am not describing it well, but I felt their flaws were missing in the book. I get that since they were persecuted, we have to feel only sympathy towards them, but as a result they became less real, less believable.