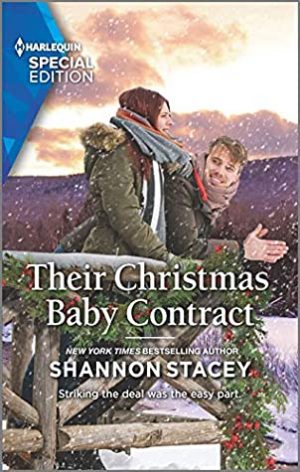 There are very few romance books where the main characters have bad sex but I appreciate every single one I’ve read. It helps balance the scale a little with all the simultaneous orgasms zinging about in Romancelandia.  In the case of Reyna Bishop and Brady Nash, their first sexual encounter was definitely nothing to write home about (do people ever do that I wonder??).  Reyna and Brady grew up together in the small town of Blackberry Bay and, one night after a few too many drinks, one thing led to another and they had sex. Except Brady was a two second wonder and Reyna was left unsatisfied and wondering just how Brady go that player reputation he has. Brady, for his part, was so into Reyna that his excitement got the better of him and he, quite literally, lost it. Embarrassed after his non-spectacular performance, neither Reyna nor Brady ever talked about it and for the past few years things have been very awkward between them.

At a charity hockey game, much to Reyna’s dismay the not-terribly-exciting guy she’d been dating fairly noncommittally proposes on the Jumbotron and things only go downhill from there. Brady, who has never dropped the torch he has carried for Reyna, knows how much Reyna would have disliked the grand gesture and how humiliated she would be and offers her a ride home.

Reyna is beginning to think she will miss out on the opportunity to have a child. Her biological clock is ticking and she cannot afford IVF or artificial insemination procedures. Her hope was to date a man who had “good dad” written all over him and settle down. She wasn’t looking for a husband and partner so much as a guy who would be a father to her child. Which is a bit messed up when you think about it but biological clocks can be funny things.

In the period after the debacle at the hockey match, Reyna rethinks her plan and comes up with the idea of asking Brady, a guy she knows and trusts, to conceive a child with her “the old-fashioned way”. Given they live in a small town they decide to fake date for a while so that the pregnancy appears as a result of a real relationship rather than an arrangement. That way the child will be less likely to suffer any social stigma. Reyna explicitly wants a child not a partner at this point. Brady, as it happens, wants both and more specifically he wants a child with Reyna and Reyna as his partner but he’s willing to go along with Reyna’s idea thinking 50% is better than nothing.

I’m not very experienced reading Harlequin SE books. Had I been I might have expected that Reyna and Brady wouldn’t have a sex fest for a few months and build their relationship. (There is a sex fest but it’s later and mostly off page.) After their first night together trying to get pregnant, they pull back, each realising that feelings are involved. (Fortunately for everyone, Brady does MUCH better on his second (and subsequent) tries and Reyna no longer judges his prowess as lacking. But because of Romancelandia magic they strike gold on their first attempt and pretty soon they’re having to fake date anyway because there’s a bun in the oven. That’s where Reyna and Brady start to connect on a more intimate level. Reyna in particular sees Brady are more than his not-all-that-well-deserved reputation as a player. (Brady, for his part, has always known that Reyna is not in fact “hell on men” as her own reputation proclaims.) She sees him interact with his family, in particular his young nephews, they spend time comfortably hanging out together and it becomes easier and easier to imagine a life together as romantic partners and not just co-parents.

I should have known, given their history that this would be a big misunderstanding book. Or, at least, a book where the central conflict was all about a lack of clear communication. Unfortunately for me, that conflict rarely works for me. Mostly it makes me impatient. I know that in real life people often are reluctant to bare their souls and reveal intimate secrets for fear of being rejected but personally, I’m the kind of person who would rather put it all out there and know for sure rather than guess and potentially be wrong about the conclusion I jumped to. (It probably helps that most often when I jump to a conclusion I have been proven wrong). There are times I can understand why a character would reasonably reach the conclusion they have and would not question it – and those are the stories I can go with more easily, but that is not the case here. A pet peeve of mine is to hear half a story. I’m the person who will stop and ask for the person to finish their sentence rather than guess the end. So, I just got frustrated when Reyna filled in the blanks for Brady (or vice versa) rather than asked for clarity.

I did like the comfortable every day depictions of family life and hanging out together watching movies, cooking dinner and the like. I liked that Brady and Reyna each understand the challenges of owning and operating their own business and how neither tried to get in the other’s way professionally.

Perhaps it’s just how my brain works but I did wonder that first (or, should I say, second) time Reyna and Brady had sex when it was supposed to be for baby-making purposes only, how it instantly became sexy and romantic with lots of foreplay (none of which is strictly necessary for pregnancy of course) and how it apparently didn’t feel weird or awkward. In the end I decided it was code for “this couple are meant to be together” but it did feel a little odd that the encounter mimicked exactly a functional and passionate romantic relationship given, at the time, it was not.

For readers who are more forgiving about miscommunication I’m sure the story will be more successful. Brady and Reyna are otherwise fun characters and they clearly adored one another.

→ Kaetrin
Previous article: REVIEW: Their Christmas Baby Contract by Shannon Stacey
Next Post: REVIEW: David Tung Can’t Have A Girlfriend Until He Gets Into An Ivy League College by Ed Lin