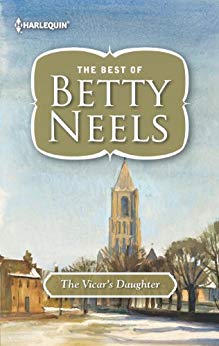 Falling for the professor…

All the village assumed that Margo Pearson was to marry George, but unexpectedly meeting Professor Gijs van Kessel made her pause for thought. Being a plain, practical girl, Margo knew the professor was most unlikely to look her way. It took a tragic accident to bring an offer of marriage—from the professor. It was a practical proposal, but as Margo was taken into the bosom of his family over Christmas in Holland, she did wonder whether he might, someday, return her love….

Margo Pearson doesn’t merely meet Professor (please call me Gijs) van Kessel, she practically leaps out of the dark almost into the path of his Rolls on a dark and stormy night in rural England near the village of Thinbottom (yes that’s what Betty named it). Luckily for her he doesn’t hit her and he’s not only a doctor but he’s also a pediatrician. Who better to help deliver the baby of a traveling couple on the side of the road in a tent with as little fuss as possible.

Gijs is impressed with Margo’s steady, practical good sense (even with the car leaping at). Unfortunately he’s not being insulting when he thinks that she’s rather plain though she does have lovely eyes and a luminous voice. Margo (and practically everyone she knows) agree with him on that. Baby delivered, ambulance called, and patients off to the local hospital later, Gijs (with his excellent manners which are gobs better than the ones of the English nobs in the story) drives Margo home to the rectory.

Fate then keeps hurling Margo into Gijs’s path as she goes around England saving people before he gets called to medically mop things up (with a stiff drink, two aspirins, a hot bath, and bed). She doesn’t look any better – in fact the last time she looks a bit like a drowned and drowsy rat – but Gijs certainly isn’t allowed to forget her and her practical nature. He even attempts to introduce her to young housemen (interns at his London hospital) and finds himself a bit annoyed when she appears to hit it off with one of them (which he has to remind himself was his goal). Margo begins to find him bossy (which he reciprocates) and spectacularly tells him off. Fate deals a worse hand to her (one that sends her into shock but strangely, seemingly not for long) and once again Gijs is there to help her out before finding himself proposing to her in a spectacularly unromantic way. Margo does pause long enough to make him promise that if he ever falls in love (with someone else), he’ll say so and they’ll get divorced but we all know how this is going to play out.

What follows is pretty much textbook Neels but without the medical emergency that Brings Our Two Together and the Other Woman isn’t really evil or looking to marry Gijs. He is rich, Dutch, from good family, possessed of a beautiful old home with tons of beautiful old furniture (enough, in fact to not only furnish it but also get a good head start on the lovely mews home he plunks down a wad of ££££ for in London). He’s also got the loyal Dutch retainers as well as the loyal Scottish nanny who is delighted to become their London housekeeper. Plus there are tons of eating scenes and gallons of coffee and tea drunk.

Margo gets introduced to the family who are delighted with her, the retainers who feel that she can be satisfactorily molded into the perfect mevrouw (even though her aunt and her mother said she wasn’t one to be molded), Gijs’s London colleagues and their wives and the pets. Margo charms them all despite her dowdy looks and pitiful wardrobe (which Gijs, with good taste and an unerring eye, quietly and charmingly sets out to rectify).

This is a nice book but at a few points, I couldn’t help but feel I was stuck in one of those decorating shows wherein a place is transformed by power shopping and an interior designer. Oh, to have Gijs’s money (even though at times Margo appears to think “ugh” at the thought of him being rich) and no spending limit but it did go on, rather. The action wallows around a bit as the expensive London mews home is kitted out then a final conflict is hurled at Gijs and Margo who up until now have been almost excruciatingly polite to each other and determined to hide their feelings until it’s Almost Too Late. I liked “The Vicar’s Daughter” but didn’t love it though there is a good bit when Margo is first overawed by the Dutch house and refers to it as “your house” and Gijs corrects her and says, no “it’s our house.” Nicely done, Gijs. B-