REVIEW: The Summer I Found You by Jolene Perry 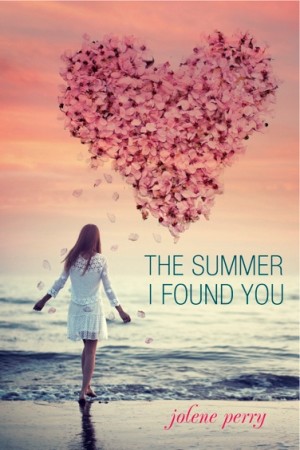 While I’m past the point of “issue novels” in YA, I do like seeing some of those topics tackled within the context of other conflicts. In The Summer I Found You, we have a girl freshly diagnosed with diabetes and a young disabled veteran who meet and fall in love. I feel like this type of love story shouldn’t be fresh in YA and yet it is.

Kate would rather ignore her recent diagnosis of Type 1 diabetes. She hates that everyone at school knows she has it. (An ambulance coming for you and taking you away would do that.) She hates that she has to watch every single thing she eats. Tracking carbs and timing her insulin shots with food intake is hard. Even though it’s ridiculous, a part of her believes that if she pretends it never happened, the disease will go away.

Then her longtime boyfriend dumps her. His explanation of them going to different colleges and being young would be more believable if he weren’t eying other girls while he was doing it. Seriously, lie better.

This sends Kate into a tailspin but then she meets her best friend’s cousin, Aidan. Aidan is a young soldier who lost his arm in Afghanistan. His plan had been to become a life soldier but that’s obviously gone awry. Now he has to figure out what he wants to do with his life while coping with residual PTSD and relearning how to do things with one arm, and his non-dominant one at that.

I see Kate and Aidan as kindred spirits. Both had their lives changed and have to learn to readjust. While I personally think Aidan’s readjustment is a bigger deal than diabetes, I can understand how learning to manage a disease can be hard for a teenager. Especially when it’s a disease that requires managing shots and food. So even though there were points where I wanted to shake Kate and tell her it wasn’t a big deal, I also know that sometimes things grow to these giant proportions in your head and it’s hard to break free of that.

As for Aidan, I really sympathized with him. His life has to go through a major readjustment. He has to sell his beloved car because he can no longer drive stick. He hates the therapist he’s supposed to see about his PTSD. He doesn’t like talking to the guys from his former unit. And he’s scared of seeing his friend’s widow. (Aidan lost his arm in an explosion when his friend stepped on a mine while they were on patrol. The friend did not survive.) This is all major stuff and I think that’s partially why Kate’s problems, which are not actually small problems all things considered, seem blown out of proportion.

This is a classic story of two people who began by using each other as a distraction from their respective life problems but end of becoming more. I found the conflicts that popped up over the course of their relationship to be very believable. While there is only a two year age difference between Kate and Aidan, it’s like a lifetime. Aidan served as a soldier in Afghanistan. Kate is in high school. Aidan doesn’t like high school drama. But Kate is the only person who doesn’t treat him with pity because he has one arm.

The ultimate conflict comes to a head in a way that is organic and natural to their relationship. It’s not a surprise but I won’t say it was disappointing. Of course Kate’s inability to manage her diabetes would going to blow up in her face. You could see that coming from page 1.

While this book is categorized as YA, it actually has a lot of traits that would appeal to NA readers. Kate is on the edge of adulthood, preparing for college. Aidan has a brand new life to plan. I enjoyed the portrayal of their relationship and the way in which a distraction became exactly what they need. B-