This post reviews all three Players’ Club books, two of which are available now and one which is set to be released digitally on February 1, 2012. I will say that if you read one, you’ll have to read them all. 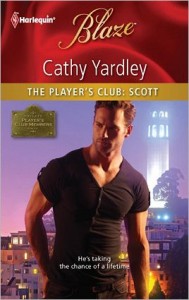 The Players’ Club is an urban legend of men jetting around the world, throwing amazing parties, playing huge pranks, or so Scott Ferrell  thinks, but when he stumbles upon the monthly meeting he refuses to leave until they reveal the truth to him.  The Player’s Club was formed by two friends named Lincoln and Finn and they ask one question: “When was the last time you did something that made you feel as though your life was worth getting out of bed for? ”

Scott can’t recall. His life is okay but he’s never really asserted himself.   His co workers think he’s dull.  His last girlfriend dumped him for being too nice.  The Player’s Club offers Scott an opportunity to push his boundaries.  The problem is that his cute neighbor, Amanda,  was on the fire escape watching the same shenanigans as he was and when pressed, Scott admits to the existence of the Player’s Club to impress her.  And it does.  Amanda is a planner.  She is never without a list and a clear idea of where she wants to be tomorrow but ristk taker she is not.  Scott and his introduction into the Player’s Club gives her a chance to experience some risk, within boundaries.

The two get swept up in the Player’s Club until they aren’t sure whether their emotion for each other is from this emotional high of risk taking or something deeper.  There was something charming about the lack of smoothness in Scott and Amanda’s interactions.  They both are nice people but their niceness has been perceived as a weakness.  In trying to remake himself, Scott becomes something else: “He’d been so worried about not being a ‘nice guy’—so intent on being the badass he thought Amanda wanted—that he’d become the opposite. Selfish, insensitive. Cruel. ”

Amanda had to find a backbone and Scott had to discover how you could be a nice guy and still get the girl.  It was a fun and sweet story, albeit driven by a hokey concept of a rich man’s frat club.  B- 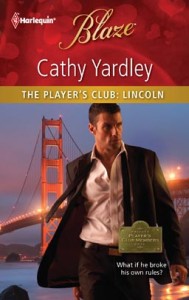 This story read to me about the redemption of socialite, Juliana Mayfield, whose entire worth is wrapped up in being famous. She learns to let go of fame, to be a person of worth based upon her own actions (and not the measurement of others).   Talking with Sarah Wendell about this book in our podcast leads me to believe that how much a reader likes this book depends a lot upon how they view Juliana. I liked Juliana’s redemptive path but Sarah did not. The unhappy socialite is no different to me that the world weary billionaire which is a standard staple of romance.  Juliana decides that she’ll infiltrate The Player’s Club and try to sell the reality tv version of it because Juliana has no money and this is her last ploy to stay relevant.

Part of why I liked this story is because Juliana knows that her search for fame is empty but she doesn’t feel like she has any other options. Of course she does, but at the beginning of the book she can’t see those options.  That’s not the worldview everyone around her, including her dilettante parents, holds.  Over the course of getting to know The Players’ Club, particularly Lincoln and another new initiate, Juliana begins to see how truly empty her quest to remain with the “in” crowd is.

Lincoln I liked less.  Lincoln was wealthy and viewed Juliana with contempt.  He treated her as if she wasn’t worth being the gum under his shoe, yet he couldn’t wait to take her to bed.  I have little appreciation for men like that.  At some point, the tables turn. Juliana becomes sympathetic and Lincoln begins to realize his assumptions about Juliana might be incorrect.  C+ 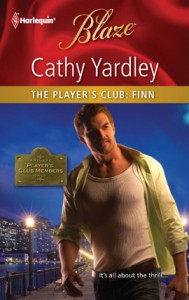 This was my least favorite but mostly because I felt like Finn was a rich guy without a clue. I didn’t understand his unhappiness.  He had it all.  A ton of money.  Great friends. As many women as he could want.  Yet, he was disenchanted with life and began taking increasing risks in his adventures.  His father sends in the family lawyer to rescue Finn from himself.  Diana has spent her adult life trying to repay Finn’s father for the chance that he gave her.  She’s the fixer for the family and this time it is Finn that needs fixing.  Diana is portrayed as the Hard Ass Asian, kind of Tiger Mom wannabe, which I loved.  What I was frustrated by was that the HA Asian portrayal wasn’t internally consistent (maybe this is because Diana is only half Chinese?)  When Diana was having all these soft moments in the middle of the book, I might have yelled, err, raised my voice at the portrayal.  HA Asian wouldn’t be crying all the time. HA Asian’s don’t cry!!

Diana’s early breakdowns diminished the tension and build up that could have been.  If she had held on to her emotions until the penultimate scene (before the denouement) when she would realize that her course of action would lead to loneliness and that her obligation had been fulfilled, then the outpouring would have been so much more powerful.  Instead, I felt that it was a cop out, as if a heroine can’t be hard, cold, and resisting whereas a hero can.  My dislike for this story may be more about how I wanted the story to read rather than a failure of the story to deliver but in the end, I have to give it a C.