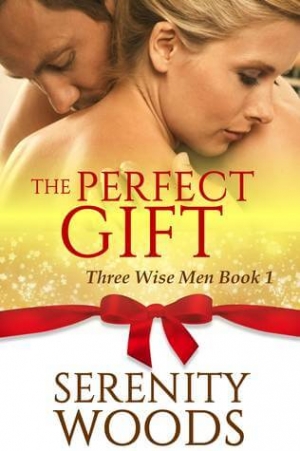 I saw this story advertised in your newsletter, so I bought it.

Pediatrician Brock King, together with his brothers, Charlie and Matt, run the “We Three Kings” foundation; a charitable organisation for sick children and their families. Their younger sister died after an asthma attack when Brock was looking after her (the asthma was previously undiagnosed; there was nothing he could have done to save her, plus he was just a young teenager at the time) and this generated his specialisation in respiratory diseases in particular. Matt is a talented artist and created the successful “Ward 7” characters and Charlie, a geek/technical whiz, designs equipment for kids hospitals to use so that children are less scared of the machinery, using Ward 7 characters. The family was wealthy before We Three Kings but with the money from their business efforts, patents and designs, they are all three, now billionaires. Each gives more money away than they keep, all being strongly altruistic.

Brock’s wife, Fleur, died of breast cancer two years before the story begins. He is feeling lonely and wondering if he’s finally ready to date again. One of the things the We Three Kings foundation began, was a parents/guardians forum where they can discuss the issues associated with having sick children and get help and support. There is also a section where qualified doctors answer medical questions for parents and Brock sometimes volunteers his time there as well. Over the previous year, he has regularly chatted with a single mum, Erin. Erin’s son, Ryan, has asthma.

On the second anniversary of Fleur’s death, not very long before Christmas, Brock is concerned to hear that Ryan is again in the hospital. He reaches out to Erin and they end up having their first not-online conversation – they talk by phone. Even though each has never met the other, both feel a connection to each other and a bond which has grown over the previous year. After speaking to Erin, Brock very much wants to meet her and put a face to the name and, after he finds out the next day is Ryan’s third birthday, he decides Ryan definitely needs a special birthday present from one of the Ward 7 characters (who regularly visit children’s hospitals – the 3 brothers appearing in costume), Dixon the Dog. Thus, Erin and Brock finally meet and share a break in the hospital cafeteria.

The romance is very quick. The story isn’t very long – about category length – and there is not much time for courtship and developing relationship. However, because Brock and Erin have known each other online for a year, I was able to buy (mostly) the pace of the romance. I still thought things moved very quickly. Brock went from not wanting to love anyone again to dating Erin to loving Erin and wanting the full HEA in a matter of a few short weeks.

Erin is a struggling single mum (Ryan’s dad is not in the picture at all) and she, fairly, has concerns about Brock’s wealth; will he at some point think she’s in it for the money? Will there come a point when they might argue and he would bring that up and use it against her? Can she truthfully say that money is not anything at all to do with what is attractive about Brock? Oftentimes in billionaire romance, it seems to me these matters are ignored altogether, so I was happy to see it get its fair share of attention here. Brock sees money as a means to an end and he’s a very generous person so he has no concerns about sharing his wealth with Erin and Ryan. By the same token, he also understands that Erin will want to do the best she can for her son and Brock’s wealth plays a part in that. It’s not why she agrees to date him and it’s not really something that is a major attraction for her but there is no denying her life will be easier if she’s not strapped for cash. I thought the narrative did a good job of exploring the issues surrounding wealth disparity and, in the context of these particular people, the resolution was satisfying and felt authentic.

What else? I also liked that Ryan spent some time getting to know Ryan (not a lot – but that was a function of book length more than anything I think) and thought seriously about whether he would be able to be a father to Ryan. Brock recognised that Erin and Ryan are a package deal. While he is around children often, he has never been a parent/parental figure to a child and he’s a little nervous about how it might work. Fortunately, Ryan is a friendly child and he and Brock develop a rapport quickly.

The story was sexy and sweet and included authentic-sounding details about childhood asthma and the struggles of single-parenting. The We Three Kings foundation sounds awesome and so does Ward 7. The other brothers get their books shortly (all with heroines they know already, all of whom are single mums, to carry on the theme) and I gather they all cover the same time period, culminating around Brock’s Christmas Eve party. There is definitely a fairytale aspect to The Perfect Gift – struggling single mum gets swept off her feet by a perfect billionaire, but, apart from the speed factor, it was done really well I thought.

The only thing which held me back from a higher grade was the wicked pace the narrative set. The HEA was too fairytale-ish for me – I’d have liked both Erin and Brock to take a bit more time before taking such serious steps in their relationships. At the speed they went, well, it made me question their judgement a little.

That said, the book was otherwise very entertaining and a lovely holiday-themed read.

The billionaire is not an asshole, the dead first wife is not demonised, the child is not a plot moppet and the New Zealand setting is lovely. All in all, I count it a win.

→ Kaetrin
Previous article: REVIEW: Going Out with a Bang by C.E. Kilgore
Next Post: Monday News: The state of print, Austen unboxed, Tracy Norman, and the sight of sound