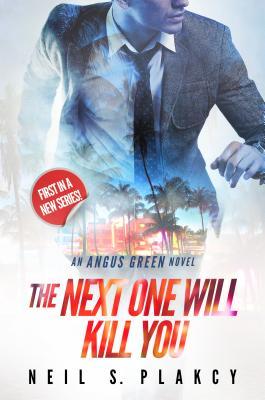 Angus Green wants more adventure than a boring accounting job, so after graduating with his master s degree he signs up with the FBI. After his initial training at Quantico he s assigned to the Miami field office but stuck behind a desk. Struggling to raise money for his college student brother, he enters a strip trivia contest at a gay bar. But when he s caught with his pants down by a couple of fellow agents, he worries that his career is about to crash. Instead, he s added to an anti-terrorism task force and directed to find a missing informant. It s his first real case, and it takes him from Fort Lauderdale s gay bars to the morgue on a desperate chase to catch a gang of criminals with their tentacles in everything from medical fraud to drug use to jewel theft. At the same time, his brother s girlfriend is murdered and his brother becomes a suspect. Angus struggles to learn the skills he needs to save his brother and earn rank as a full-fledged agent capable of running his own cases. If he can t overcome his own insecurities and face down violent criminals with mayhem on their minds, he could lose everything he cares about. The street quickly teaches him that the only way to face a challenge is to assume that he’ll survive this one–that it’ll be the next one that will kill him.”

Someone really needs to fix the blurb on Goodreads because it’s wrong. Angus’ brother is in trouble but it’s not because his girlfriend was murdered; he and his fellow waitstaff at the restaurant he’s working at to help put himself through college are being investigated for card skimming.

The rest of the blurb is accurate though. Angus is a fairly new FBI agent and he does participate in a strip gay trivia contest (to help his brother go to Italy) and in the process, stumbles into an FBI investigation involving jewelery, drugs and murder.

The publicity information that came with the review request also mentioned “more than a hint of romance”. I guess my definition of what that means differs from whoever wrote it. Angus does meet someone and have sex with him and by the end of the book, they do seem to be heading towards a relationship but the focus of the story was on the mystery. Lester, Angus’ hookup and maybe-boyfriend, is a bouncer at one of the clubs Angus is trolling looking for a particular witness. Lester assist him to get the fingerprints of a suspect but other than that, he’s not really involved in the investigation. There was very little time spent on the developing relationship and I didn’t feel like I got to know Lester at all. I also didn’t feel the book showed me very much of Angus getting to know Lester. As far as a romantic thread is concerned, it wasn’t all that satisfying for me.

Primarily, The Next One Will Kill You is a police procedural/mystery. I wish I’d have known that because I probably wouldn’t have requested it. I’m a romance reader first and foremost and I prefer my mysteries to have a strong romantic element to keep me engaged.

As far as the mystery went however, I thought the book was pretty good. It seemed to me (although I admit I’m no expert here) that you have done your research about how the FBI works and how it interacts with various other law enforcement agencies and, in particular, how things work in Florida. Sometimes the information tripped over the line into didactic but for the most part, it felt authentic and gave the fiction an anchor in reality.

Vito came up behind me and clapped me on the shoulder, startling me. “Your first big op?” he asked.

“You piss your pants yet?”

He laughed. “Don’t worry if you get nervous, rookie. Happens to all of us. You know what I do?”

I shook my head.

I hadn’t been thinking about getting killed at all until then.

The other thing I liked (actually I loved it) about this book is the sense of place. Angus lives and works in the Fort Lauderdale area and his community is filled with a very diverse mix of people. There are Cubans, Haitians, African Americans, gay people, lesbians, drag queens, Mexicans, illegal and legal immigrants and they dominate the book. While it is true that Angus and his two main FBI mentors are white men, the vast majority of people in the book are of a different ethnicity. Even as an Australian, I know that Florida (or parts of it at least) is a melting pot of ethnicities and identities and it was so good to see that represented to seamlessly in a novel. Most of the people in the book (and certainly most of the diverse cast) were given a distinct identity which wasn’t entirely based on race or sexuality but included it as part of the makeup of the character – not stereotypical or a character shortcut but also no unimportant.  At least, that’s how I saw it.

Angus is asked to take the lead on the investigation because he is gay and men in gay clubs will talk to him more readily than to a straight white G-man. Angus is occasionally impetuous and sometimes things work out serendipitously (but I think that’s pretty much the case in most if not all mysteries and police procedurals) but he follows procedure and doesn’t make silly mistakes.

Your writing style is a little stark and this had me occasionally feeling that the transitions were a bit jerky, but I think readers who like mysteries and who don’t mind whether it comes with a small dose or a big dollop of romance will enjoy the book and I expect regular mystery readers will enjoy it better than I did. In that regard, my grade probably needs to be taken with a grain of salt.

As a mystery, I’d give it a B-.  As a romance? Well, it would be unfair to grade it that way as it really isn’t a romance.