Ah, the dystopian subgenre. For something touted as the new vampire, it wore out its welcome fairly quickly, didn’t it? Despite the popularity of the recent Hunger Games movie, I remain skeptical that it’ll see a resurgence in popularity. I’m still willing to give the subgenre a try because you never know, but it’s hard to stand out these days. One thing I wish is that the dystopian genre as a whole had been less introspective and more action-based. The Hunger Games had a lot of action, but many of the titles that came out in its wake did not follow suit. So when your debut novel was touted as Hunger Games meets Lost, it caught my interest. That sounds right up my alley. Having finished it, I don’t think that description is inaccurate but in some ways, calling it a dystopian Lord of the Flies might be more apt. 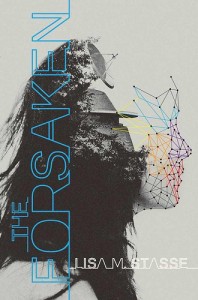 At some point in the future, global chaos descended which led to the United States, Mexico, and Canada joining forces to form a new nation called the United Northern Alliance, or the UNA. Of course, this being a dystopian novel, we have the requisite guy who gets elected Prime Minister and promptly makes sure he retains that position for life. What’s a bleak future without a dictator, right?

As you’d expect, all dissidence is suppressed in this society. Our heroine, Alenna, has always felt out of place with her peers. Part of that is because she’s an orphan. When she was ten, her parents were dragged off by government soldiers and never seen again. After that, Alenna became a ward of the government.

Then six years later, she takes the government exam administered to all sixteen-year-olds. The test looks for subversive tendencies. If you pass, you’re fine. If you fail, you’re sent to a mysterious jungle island and left to fend for yourself. As for the conditions of the island, well, let’s just say the life expectancy of anyone sent to the island is eighteen.

As is a surprise to absolutely no one, Alenna fails the test. She is the protagonist, after all, and let’s not forget her parents were dragged off by the government and accused of being dissidents. Based on the latter, Alenna probably should have been a little concerned about her fate and not so complacent about her chances of passing.

When Alenna wakes up on the island, she discovers the teens sent there have split into two very different groups. One group tries to form small makeshift towns and survive with some semblance of civilization. The other has completely eschewed that and centered itself around a cult-like figure. Their perspective on life is one of violence and survival of the fittest.

Luckily for Alenna, she manages to join the first group. That doesn’t mean she’s safe. The other group launches daily attacks on them, destroying their villages and killing their people. Worse still, they grow in numbers and power so at some point, Alenna’s group is going to lose. So when she’s given the chance to help with a plan to escape the island, she jumps on it. Because while the other tribe is dangerous, they are far from the only thing to worry about.

This was a pretty quick read. I liked how it didn’t slow and kept moving. No parts dragged and I found myself flipping the pages to see what happened next. On the other hand, it is a fairly linear narrative so readers looking for subtlety or nuance might be disappointed. The storyline proceeds with few surprises. Alenna is dropped off on the island, joins the safer group, finds a place, makes friends, falls in love, embarks on a quest, and so on. These plot points are presented fairly straight without any subversion so you get what you expect and that’s great if you’re in the mood for it. If you’re not, however, and were wanting something a little more different, it might be a letdown.

I didn’t particularly care about the romantic subplot with Liam. It’s one of those instant love at first sight cases, which can be a tough sell for me. There is an attempt to explain the instantaneous affinity, but I’m not sure it succeeded since it was kept till the end. On the other hand, I liked that a good chunk of the book is devoted towards Alenna wanting to rescue Liam. That said, there was also a part of me that wondered if their relationship was really that genuine and sincere. I didn’t fully buy the depth of their feelings. Superficial attraction, I could easily understand, but beyond that? Not convinced.

I liked Alenna’s relationship with Gadya overall. I enjoyed most of their interactions and the parts where Gadya taught Alenna to survive. As a result, I was very frustrated by the stereotypical conflict of Alenna falling in love with Liam while Gadya was still in love with him. (They used to be together but broke up at some point before Alenna came to the island.) I’m not a fan of female friends fighting over the same guy. It’s lazy conflict, especially if it follows the path of one abandoning the other because of it. Do we really need more stories like this?

Alenna, despite being the main character, ended up being something of a cipher for me. I had a hard time getting a handle on her character. She’s the daughter of dissidents who’s never been able to fit in. She gets dropped on an island and thanks to Gadya, is able to join the group that doesn’t treat girls like crap. Many guys immediately like her – including the hottest guy in the tribe. She’s helpful. The leader of the tribe takes a special interest in her. These things aren’t unbelievable and while reading, were fine but after completing the book, I wonder if Alenna didn’t have things just a little too easy? There should have been a little more struggle and conflict on the interpersonal level. This might be why I was so disappointed about the conflict between Alenna and Gadya being generated by their feelings for Liam. Alenna ran into problems because of it, but it was mostly because Gadya stopped helping her since she was jealous and upset about what was happening. It’s one-note.

Regardless, the narrative proceeded fine for the first three-quarters of the book. Then the last quarter happened and so many revelations occurred that my suspension of disbelief snapped. I actually think this book would have been well-suited to be a standalone but unfortunately, it’s a first of a trilogy. To be fair, it’s not a cliffhanger and I think a lot of the rushing towards the end was to avoid that while also introducing more threads to hint at a larger scale conflict to fill out two more books. I’m just not convinced more books were necessary to tell this story.

I don’t regret reading this novel so thank you for sending us a copy. I’m glad we have one more adventure and survival-based dystopian YA rather than the more ubiquitous introspective types. Those are more interesting to read, in my opinion. But overall, I think this would have been better suited as a standalone than as the first in a trilogy. B-