I almost didn’t read your novel after a title mistake on the blurb page. The hero is described as Sir David Knightsbridge, Earl of Wolshingham. Um, just no. Thankfully, this is corrected in the text. Now, on to the review. 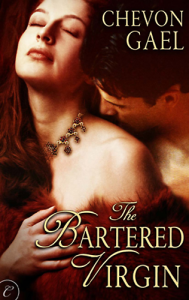 Winnifred Percy doesn’t want to become the next New York heiress auctioned off to an impoverished English lord. But unless she acts quickly and manages to convince David Knightsbridge, Earl of Wolshingham that she’s unsuited to be his bride that’s just what’s gonna happen. So with the advice of her best friend Kitty, a few ciggies, some coarse songs – which the two women have heard during their clandestine trips to Coney Island – and a pillow book written in French by a now deceased New Orleans madame, Winn makes her move.

Only to be countered by a determined Lord who needs a lot of money pronto and who is astonished and delighted at the suggestions innocent Winn makes while reading the book in front of her oblivious mother who doesn’t speak a word of French.

Feeling trapped by the social faux pas which David threatens to make public which would ruin her family in New York high society, Winn grudgingly agrees to the arrangement only to discover in David a man who will let her be what she wants and who promises to take her to all the exotic foreign places she’s always longed to see. And who explains, very well, all the naughty things in the book which up until then Winn can only guess at. But there’re a few roadblocks still in the way which David will have to deal with before he can take his bride back to England.

In addition to the slight title mishap, a few other things initially bothered me and might make other readers think, ‘WTF?’ For instance it took a while before it’s revealed why the heir to an English Earldom would be attending university in the US in 1902. I don’t think I ever understood why David approached Winn’s father to sell David’s English estate. David tells Winn all about his ancestral home which was once home to two Queens – Anne of Cleves and Queen Charlotte. Later he mentions how he knew Winn would fit in there since she has the strength of these two women who fought their husbands’ tyranny and won. Except – now I’m finally getting to the point – Queen Charlotte was loved by her husband George III and adored him back. Okay, call me a nitpicker but I’ve always liked how those two were so fond of each other. Was there another Queen Charlotte in England?

David actually admires Winn for her spirited resistance to their arranged marriage even if he is determined to get her down the aisle if only for the money. She at least has the candor to tell him what she really feels instead of just going along like a placid cow about the whole thing. And he also finesses her into it rather than using strong-arm tactics. Not only could Winn feel the moment her feelings toward David and the marriage changed, I could too.

The story has what I feel is a good period feel despite the initial overuse of the positive adjective “bully” in deference to then President Teddy Roosevelt. Winn and David’s excursions around the city serve to tell readers about newfangled foods such as hot dogs, then risque sea bathing, what 23 skidoo means and how English Lords were treated as sideshow attractions even by the “Four Hundred.”

Winn’s abysmal ignorance about sex, the male physique and her own body makes sense based on the eye rolling “talk” her mother finally gives her. Violet Bridgerton’s pre-wedding marital talks with her daughters are models of open frankness in comparison. Good thing David is there to teach her all about what she needs to know and makes sure she enjoys her lessons. Between that and the readings from the pillow book, there’s a lot of hot sexing going on here.

This turned out to be a cute, enjoyable, fun read. The two leads are actually intelligent and I can believe how much they come to love each other. I’m still not sure about the issue brought up at the end of the story and why it was needed but I like that Winn immediately believes David when he tells her he’d never have left her. One last question. Would any English Lord call his son and heir, Jr? B-