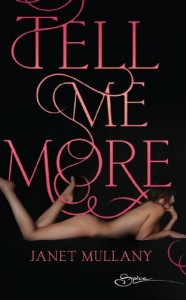 Jo Hutchinson is a radio host at a classical music station in a small Colorado college town that is never identified as Boulder but which I suspect is supposed to be Boulder or at least modeled on Boulder. It’s a very liberal, socially and environmentally conscious place, home to old hippies and outdoor enthusiasts of all kinds. Jo herself loves bike riding and cross-country skiing. The story begins with Jo’s confrontation (told in the first person; all of the scenes from Jo’s POV are first-person) with her ex-boyfriend Hugh, who has come to her home to collect his skis. Hugh and Jo have recently split up after Hugh cheated on her with a woman named Flowyr (Jo seems at least as offended by the name as by the cheating). After some bickering, though, Hugh attempts to seduce Jo, admitting that his Flowyr fling is over and that he made a mistake. Jo is not about to take Hugh back, but she doesn’t mind indulging in a little afternoon delight; after all, who knows how long it’ll be before she gets some again? (As it turns out, she needn’t have worried, but more on that in a moment.) Unfortunately, Jo and Hugh are caught in flagrante delicto (lock your doors, people! geez!) by Patrick, who has come to look at an apartment Jo is renting out.

Jo really is done with Hugh, but her love life becomes rather complicated rather quickly. At the station, she indulges in conversation, flirtation, and finally phone sex with a mysterious listener she refers to as Mr. D. Eventually, Mr. D suggests meeting face to face, but Jo doesn’t want to. She quickly and impulsively seduces a young intern at the station. Jo is pursued by Willis, a wealthy developer who is really not her type, and whom she doesn’t seem to like very much, but whom she has sex with anyway. He draws her into ever-kinkier activities, first with a couple he is friends with, Jake and Cathy, and then with a group called the Rockies Investment Association, which, belying its name is actually some sort of weird sex club.

It was really at Jo’s involvement with the club that I started to feel disengaged from the characters and the action. Jo spends much of her time with the club in the Great Room, which is generally reserved for newbies who haven’t “moved up” yet. In the Great Room, there is a lot of teasing and playing around, but the rules are “no penetration, no orgasms”, a rule that the denizens seem to delight in trying to trick each other into breaking. Breaking the rules, of course, involves “punishment.” The whole point of the Great Room was really lost on me, from an appeal standpoint, but I guess that’s just a case of tastes varying. More problematic was that I didn’t get the sense that Jo was all that interested in any of it – Willis, the group, the shenanigans in the Great Room – she seemed to be just going with the flow, in a way that made her slightly unlikable to me.

Which leads to one of the main problems I had with the story: I never got a good sense as to why Jo keeps pursuing these avenues. That’s not usuallly an issue for me in erotic fiction (where the action tends to dictate motivation, rather than the opposite). For some reason, though, it didn’t feel quite natural or organic here. Jo has her farewell bonk with Hugh, she seduces the intern, she sleeps with Willis, and messes around with his friends, and finally joins the club. I didn’t get the sense that Jo had always been this adventurous, sexually, but I also didn’t get much of an idea of what was motivating Jo to push her boundaries so far. A lot of it seems to have to do with Mr. D – she does things with the idea that she’ll be able to tell him about them later. But I didn’t really understand what drew her to Mr. D or compelled her to indulge in these activities just so she’d have something sexy and scandalous to share with him.

Eventually I felt like the story was kind of moving on two tracks: Jo’s involvement with Mr. D and the club, and her deepening relationship with Patrick (who does end up renting the apartment, in spite of his awkward first meeting with Jo). She has to choose which path she wants to follow, a choice that seemed obvious to me. I never understood the appeal of the club or what drew Jo to Mr. D in the first place. Late in the book Jo makes some mistakes that were realistic (meaning, not something you’d find in the average romance), but eroded my sympathy for her even further. It didn’t help that there was the odd choice to have the action take place off stage (I can’t really say more without spoiling, I’m afraid), so we never really got a sense of what Jo was thinking or what motivated her, except for self-destructive stupidity.

Patrick is an interesting character – from Ireland originally, he’s a lawyer by training but doesn’t practice, preferring to do unspecified computer work instead. He moves into the apartment Jo rents out in the midst of a breakup with his wife Elise. At first, Patrick seems pretty distraught over the breakup, but he gets over it fairly quickly, falling into bed with a co-worker and friend of Jo’s and then starting to lust after Jo herself. (The relationship with Jo’s friend, Liz, is short-lived and to be fair she doesn’t appear to have any problem with Jo and Patrick getting together.) Patrick is wary, though, of Jo’s secrets; he has a bit of a rescuer complex and doesn’t want to find himself cleaning up someone else’s messes again.

Patrick is not perfect; again, by romance novel standards, he’s a bit unfocused and neurotic, and he has a fair amount of baggage, including an alcoholic father and his unresolved feelings for his wife (who doesn’t play much of a part in the story but does come off as a bit of romance novel central casting in her one actual appearance in the novel: cold, beautiful, doesn’t like sex, etc. – the better to presumably contrast her with Jo, who is naturally, warmly pretty and, it’s been established, quite horny). But he cares for Jo, and perhaps because we get his POV (third person as opposed to Jo’s first person, but he’s the only other character given a POV in the book), he’s more easily understood than the extremely enigmatic Mr. D., who remains a cipher to the end.

It might be oversimplifying the case to say that the parts between Jo and Patrick feel like straightforward (albeit spicy) contemporary romance, while all the other business feels basically like erotica. But that is kind of the case. It goes back, I think, to my lack of understanding of what draws Jo to Mr. D, to the club, and to exploring a more adventurous sex life in general. The connection between Jo and Patrick is made clear both by the characters’ thoughts and actions and the way they interact. As the book goes on, the contrast between these storylines gets more stark, and the Mr. D/sex club storyline feels more unpleasant, both because of the threat it represents to the good thing Jo has going with Patrick, and because there is something faintly menacing about the club in general.

One thing I found odd, given that this was not a romance, was the speed with which the characters declared their love for each other. I didn’t expect that and it didn’t quite feel right. Patrick falls in love with Jo really quickly, and she returns his feelings almost as quickly. Even more strangely, Mr. D tells Jo near the end that he loves her, and that just didn’t make any sense to me, given that they don’t really know each other at all and all they’ve shared are some phone conversations and kinky, manipulative sex games. Mr. D was frustrating in general – at times I felt sure there was going to be some big revelation that he was a character the reader already knew, just because so much is invested in him in the story. Yet he remains totally cryptic to the end, as does Jo’s attraction to him.

What did work for me in Tell Me More was the prose, which as usual in a Janet Mullany book, is sparkling and witty (though some of the sexual descriptions weren’t really to my taste, but that’s such an individual thing I don’t really see it as a negative). Patrick, and Jo, to a lesser extent, are interesting and sympathetic characters. If I couldn’t quite get on board with some of the choices Jo made, I don’t regret reading Tell Me More, and I look forward to your next book. My grade is a B-.