JOINT REVIEW: Stranger on the Shore by Josh Lanyon

Twenty years ago, little Brian Arlington was kidnapped from his family’s Long Island estate and was never seen again. The trail went cold, but investigative journalist Griff Hadley has always thought there was more to the story—much more. When the Arlingtons’ patriarch invites him to stay at their estate to research his true crime book, Griff can’t say no. It’s the story of a lifetime.

But not everyone is happy about Griff’s presence. Relatives and staff alike regard him coldly, including Pierce Mather, the Arlingtons’ attractive lawyer, who is more than a little wary of Griff’s motives.

When a stranger shows up claiming to be the long-lost Brian, Griff and Pierce are united in their suspicions. Startled to have found an ally in the buttoned-up lawyer, Griff soon realizes it’s hard to keep a professional distance. Even in the midst of a groundbreaking investigation, even in the face of a shocking family secret…

Sirius and I both looked forward to your new standalone mystery and rather than flip a coin to decide who won the right to review it, we wrote a joint conversational review.

Sirius: I thought this book was your best book since you came back from your sabbatical – right till almost the end when the main twist of the plot was revealed. I thought it was an elegantly written mystery and romance felt like a natural, organic part of it, but I just did not buy the twist – at all. Note, I am not talking about any realism here – I do not need realism in my escapism fiction, but I need it to be believable. The twist was too much of a coincidence for me to buy into and that is the only reason why I did not grade the book any higher. And I even *liked it* on the emotional level – it was all nicely foreshadowed, in fact I started having suspicions about it in the second half of the book, but I was so hoping that it would not be true. Alas, it was. And I cannot say *a single word* about this twist, because it will reveal the biggest spoiler in this novel. I do not want to even put it in under spoiler tags, because it will ruin any chance of the surprise for all readers. 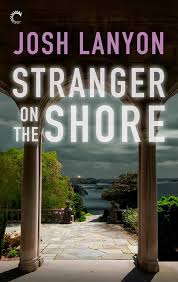 Sunita: I didn’t hate the twist nearly as much as you did, Sirius! Like you, I started to have my suspicions fairly early on. It recalled other mysteries to me (including some favorites, but I won’t say which ones because spoilers).

Sirius: Let’s start from the beginning. I thought the blurb was written perfectly – it tells the reader about a mystery, hints at how annoying Brian’s family could be, hints *very* vaguely at “there was so much to the story – much more”, but avoids any specific details whatsoever.

Griff Hadley seemed to dream about writing this book about one of the most famous kidnappings of the last two decades for years. Griff is 27 years old and he seems to really eager to write this book.
While of course he wants to make a break in his career, he is also very invested in finding answers in this case. Secretly, or not so secretly, Griff is hoping that he will be able to find something that both the FBI and the police missed in this case, something that will either prove conclusively whether Brian’s convicted kidnapper is guilty. The man who was convicted of the crime was one of the staff at the Arlington family estate, and while he did not deny that he wrote a ransom note, he claimed that he only wrote it to extort money from the family after the kidnapping. He insisted that never kidnapped Brian and did not know what happened to him. He was convicted anyway as the most likely suspect at the time.

When Griff arrives at the estate, members of the family do not seem to be very cooperative at all. In fact I thought that most of them incorporated the worst stereotypes of “rich and famous” – acting as if they are better than everybody else just because they have money even if they never worked in their entire lives and by work I do not mean doing hard physical labor necessarily. Maybe those stereotypes are true, I have no idea, but initially I just could not bring myself to feel much sympathy for this family – all except the grandfather, who seemed to be genuinely in pain over Brian’s kidnapping and apparent murder even after two decades. Of course most of them stopped being stereotypes and became more human over the course of the story, but I still did not warm up to most members of the family all that much for various reasons.

Sunita: I agree that the family seemed a bit stereotyped. Rich people come in all types and levels of likability, but initially these characters seemed more like types than individuals. But I attributed that to the type of mystery that Lanyon seemed to be writing: it felt like a classic country-estate mystery combined with a Lindbergh style missing child mystery. Although it is set in the present and people use cellphones and other modern technology, there was a timeless feel to the setting and the character interactions. The first half of the story is set almost completely on the estate and there is a tight focus on the characters and the setting, evoked in Lanyon’s effective, atmospheric prose:

Griff took a final glance in the mirror, swore, and headed back to the bathroom to have one last shot at slicking down the persistent cowlick that made him look about twelve. It didn’t seem to matter what kind of haircut he got, he always ended up looking like Dennis the Menace.

Finally, having run out of reasons to stall, Griff left the cottage, walking across the wooden bridge and hiking up the brick path to the villa. Bloodred sunset splashed across the ivory sky, but inside the tunnel of trees it was nearly dark. Discreet blue-white lights shone at the base of the trees to light the way.

The bees were gone, the birds silent. There was no sound but his footfalls on the old bricks. It was so quiet he thought he could hear the distant crash and thunder of waves.

Already he had a better sense of what the size of the estate meant in practical terms. So much ground to search, so many places to hide. Even if the kidnappers hadn’t had that significant head start, they would have had a number of advantages.

Griff left the shelter of the trees and the house stood before him, lights blazing in welcome. Of course, it wasn’t actually in welcome. It was in complete disregard for natural resources and indifference to utility bills.

Sirius: Griff is determined to continue despite the fact that the only family member that is particularly happy with him being there and asking questions is the patriarch (and I am not sure if his state of mind could be described as happy – he just really wanted answers and hoped to get them from whoever could provide it). Pierce Mather, the family lawyer who has grown up with the Arlingtons, also tries hard to get Griff to back off, but to no avail.

I really liked Griff – I liked that while he is Lanyon’s “vulnerable” hero type, his vulnerability did not overshadow who he was, was both important and at the same time not overpowering for the plot. I have to be really vague here because I am afraid that it may hint at some important spoiler developments. Griff is stubborn and tough and I thought he was really smart. I enjoyed getting to know him a lot and wanted him to succeed in what he wanted to achieve.

Pierce is the “arrogant, annoying” character type, but he is also loyal and intelligent, and fiercely protective. While I really wanted to slap him several times throughout the story, I understood the reason for his actions and he did not go over the line which exists in my mind in order for the characters like him to annoy me. I really liked the beginning of the romance between them – it only takes a week while Griff is at the estate and they connect, but it felt right and completely satisfying for me.

Sunita: I agree with you on the characters. I was thinking after I finished the story that Griff was like some of his predecessor characters but he definitely had more steel in his spine, or at least he seemed more comfortable with who he was and his background. The repeated comparisons of his modest upbringing with the fabulous wealth of the Arlingtons didn’t work for me that well, but it’s a traditional motif (think of the movie Sabrina, for example).

Pierce started as the type but turned into his own person fairly quickly. Again, he was reminiscent of other Lanyon characters but he was fully fleshed out rather than being written through author shortcuts, so that made him work for me even though, like you, I find the arrogant, annoying character can get old pretty fast. Here his arrogance seemed to fit his character, and it didn’t define him. And his annoying traits were as much a result of him doing his job as anything. I like characters who are shaped by their occupations, especially when those occupations are demanding, and Lanyon as usual conveys this very well.

I also thought some of the smaller characters were very well depicted, especially the two Arlington sisters and Pierce’s sister Diana.

The mystery worked well for me. It unfolded slowly, there were a few red herrings, just enough to keep me interested but not so many that I got irritated, and the twist that comes two-thirds of the way through was excellent. On the one hand it was completely predictable to a seasoned mystery reader, but on the other I honestly did not know how it was going to turn out: there was just enough detail to make me unsure that the obvious answer was the right one. This, combined with the big twist at the end, made for an engrossing second half of the book. And I really liked the way The Great Gatsby (the book, not the movies) framed and informed the story both explicitly and implicitly.

Sirius: So how do I grade this book? I liked everything in there, but I did not buy the twist as I said in the beginning and pretty much without this twist this story would not have existed – the events would have unfolded differently, it is that central to the plot. I give it a B-.

Sunita: As I said at the outset, I wasn’t nearly as bothered by the Big Reveal, either because it made sense to me or because it’s one I’ve read and enjoyed before. I liked the blend of classic-mystery tropes in a more contemporary, romance-novel setting, so I give it a B.