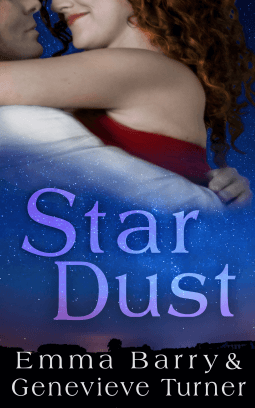 Anne-Marie Smith wanted normal: a loving husband, two beautiful kids, and a well-kept house. But when she catches her husband cheating, she decides that normal isn’t worth it. Now in a new city with a new job, she’s trying to find her new normal—but she knows it doesn’t include the sexy playboy astronaut next door.

Commander Kit Campbell has a taste for fast: fast cars, fast planes, and even faster women. But no ride he’s ever taken will be as fast as the one he’s taking into orbit. He’s willing to put up with the prying adoration of an entire country if it will get him into space.

But Anne-Marie and Kit’s inconvenient attraction threatens both normal and fast. As the space race heats up, his ambitions and their connection collide and combustion threatens their plans… and their hearts.

When I read the blurb for this book my first thought was, “wow, why hasn’t anyone written about this era and astronauts before?” The only romance book I can remember reading that features them is “Cosmic Rendezvous,” a Harlequin that I reviewed a few years ago. Given that I remember some of the 60s hoopla about the space race, I grabbed a copy and settled down to read.

Here is a slightly altered space program. Instead of NASA, the American Space Department is running this show and Kit is a member of the Persiad Six group of astronauts but many of the other details are straight from what actually happened. Anyone who’s watched “The Right Stuff” will no doubt pick up on the two incidents incorporated into Kit’s training and space flight.

The period details are enough to lightly place the story historically but without going overboard on “Welcome to the Early 1960s!” Men wear suits to neighborhood dinners, grocery stores close at 5pm, eating dinner on a TV tray in front of Red Skelton’s show is being slack for not using the dining room but a fun treat for the kids, everyone smokes cigarettes, drinks gimlets at bridge, has crewcuts and remembers to light the tiki torches for that backyard entertainment after the dinner. And who’s ever heard of a dishwasher?

I like that Anne-Marie is slightly prickly to Kit at first. It makes sense given her disillusionment with romance and marriage. Yeah, Kit has a great bod but her first impression of and meeting with him isn’t conducive to firing her rockets. He’s good looking and has a pen knife when she needs one but from what she can see, he parties hard and knows he can attract any woman he wants. So why would he want a divorcee with children?

Even Kit isn’t sure about the reason for his change in attitude about a relationship. Helping a woman in distress? Enjoying watching her children play with his dog? The fact that she doesn’t throw herself at him just because he’s an astronaut who has been on the cover of “Life” magazine? No, he isn’t sure but he knows that Anne-Marie and her children have him thinking thoughts he never has before. But will her past pain and the media glare scare her off before they can explore where this might go?

Outsiders have preconceived notions about both Anne-Marie and Kit. He’s expected to always succeed while everyone’s sure she’ll fail. Astronauts are larger than life for most of the public – heroes who can do no wrong, while inside the flying fraternity they have to maintain a smooth surface and not rock the boat with any complaints. Divorcees and working women are somewhat pariahs in a world that doesn’t know what to do with them and views them suspiciously at best.The attitudes shown here are exactly period. No one can believe a wife would toss out a perfectly good (enough) husband who can support her and the kids. There must be something wrong with her and she’s probably got needs (wink, wink). Keeping up outward appearances is exhausting for them.

After a lot of perfectly good reasons for them not to get into a relationship, Anne-Marie stuns Kit, and herself to be honest, by suggesting an affair – which sounds terribly French and sophisticated to Kit. She’s not sure of the relationship’s staying power, dating an astronaut in the 60s was a public event and given that they live next door to each other and her kids adore him (and his dog), if things end (which she’s sure will happen) it would end up a mess. So – late night sexy times it is. Even as I was happy that she’s finally going for what she wants in a relationship, I couldn’t help but worry about what her children would think, after the reason her marriage had ended, if anyone had caught Anne-Marie sneaking across the back yard to Kit’s house.

I had hoped for more time to be spent on the astronaut stuff. There’s lots of paperwork, which I can understand and which doesn’t exactly add to the glamour the job is thought to be by the public. One thing I did like was the mention of how hard it was for the families of the astronauts to deal with the pressure and danger of the job. “Happy, proud and thrilled” yes but scared and knowing there were times they had to step back and not be distractions. Her conversation with the other wives is the perfect way to move Anne-Marie past her reluctance to acknowledge her true feelings for Kit while for him, the risk of not making it back from his first flight puts it all into perspective. I am a little surprised that Kit would be willing to think one flight is enough for his career.

The three month epilogue and wait for wedding bells gives this quick romance a chance to deepen for me. It certainly seems like Kit, Marie-Anne and the children are headed to happy Houston suburban life. But wait! The quickie glimpse at the next book sure startled me as I never would have picked up on this hero. I can’t wait to see who the mystery woman is. Meanwhile, thanks for this visit back to steely-eyed missile men and women. B-