Please note that there are major plot spoilers throughout this review.

I’ve been trying to keep a lookout for new YA books to try, so when NetGalley touted this book and its sequel in an email, I requested the titles. Unfortunately, I don’t think these books are really what I’m looking for in YA: a compelling novel intended for a teen audience but sophisticated enough to appeal to older readers as well. 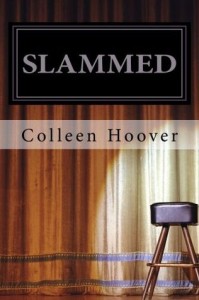 As the story opens, Layken Cohen is on the final leg of a road trip, moving with her mother and 9-year-old brother Kel from Texas to Ypsilanti, Michigan. The move is necessitated by the recent and sudden death of Layken’s beloved father. Her mother has been offered a job in Michigan that would pay much better than any she could get in Texas, and the family financial situation is such that she doesn’t have the option of turning it down.

Layken has just turned 18 and is about to start her senior year in high school. She is not happy about the move – she’s leaving everything familiar to come to an alien (and cold!) place. Her mood is almost immediately lightened upon arrival at their new house when she meets Will, a neighbor whose younger brother becomes fast friends with Kel. Layken and Will fall fast for each other; after a handful of encounters, one date and about a week of elapsed time, both are already quite moony. Then Layken goes for her first day of school and discovers that Will is her poetry teacher.

What follows is a lot of push-pull “we can’t/we must” business on both of their parts. Will is 21 and has been responsible for his younger brother since their parents were killed in an accident when he was 18. He is interning as a teacher while he finishes his degree, and he really needs the money (and also needs not to have his planned career ruined by allegations of an inappropriate relationship with a student). He puts a stop to the burgeoning relationship and tries really hard to do the right thing but apparently the attraction between him and Layken is just so overwhelming; living across the street from each other, having brothers who are best friends and seeing each other at school every day doesn’t really help either of them develop the needed distance.

The title is a riff on Will’s interest in poetry slams. I was confused by the fact that nobody in the book seems to have heard of poetry slams; maybe they’ve been around so long they sort of died out and are making a comeback? I don’t know. But, anyway, Will’s into them, big time: on his first date with Layken he takes her to a club that features poetry slams on Thursday nights, and subsequently he makes his students a deal: to attend and perform at the slam and they can skip the class final.

I thought most of the poetry performed at the slams was pretty bad. Granted, maybe they would be more powerful to actually see live, but on paper they came off as all having a distinct formula, regardless of the performer or subject: 1) write a short monologue on some horrible trauma in your life; 2) perform monologue in a loud, staccato, rhythmic style, emphasizing random words for unclear reasons. It would be okay for them to be bad if the characters didn’t constantly react like each one was the most brilliant thing they’d ever heard.

It took a long time for me to get a feel for either Layken or Will; at first, both of them seemed relentlessly bland and lacking in personality. Layken supposedly misses Texas and can’t wait to move back after she graduates, but we never hear what she misses about it. She didn’t seem to have much of a life there – she went to a small school, and appears not to have had many friends (she had one best friend whom she mentions a couple of times as barely having talked to since she moved). It’s fine that she wasn’t a social butterfly, but the lack of detail, the lack of history contributes to the featureless, bland vibe she gives off as a character.

To make it worse, when Layken does show some personality, it’s usually when she’s expressing anger, which is often. I certainly have known 18-year-olds who are still given to teenage-girl histrionics of the “I hate you!” punctuated-by-a-slammed-door variety. I just don’t necessarily want to read about them, especially not as a first-person heroine. I think one of the challenges for me as an older reader trying to find good YA books is this: I want to read about characters who are relatively mature for their ages, but not unrealistically so.

Layken’s immaturity made the relationship with Will more problematic for me than it might have otherwise been; 18 and 21 isn’t necessarily a big deal, 18 and 21 and a teacher/student power imbalance is kind of a big deal, and immature 18 with mature 21 on top of that is heading towards being potentially icky. I kind of wondered what Will saw in Layken (well, I wondered what they saw in each other, at least during the early instant-attraction phase, since neither seemed that interesting; later they do bond over a number of heavy burdens that made their attachment to each other more realistic).

Midway through the book, another tragedy strikes. It really felt like too much to me. Layken’s dad, Will’s parents, Layken’s new best friend Eddie’s hard-luck story of an abusive mother and foster care placement, and now this? These are definitely the unluckiest young adults in Ypsilanti. I’ll spoiler tag this one:

[spoiler]Layken’s mom, who has been acting mysterious (Layken thinks she has a boyfriend and is predictably enraged) turns out to have terminal lung cancer. Layken is a huge asshole about this, initially refusing to speak to her mother (she goes over to Will’s and spends the night, platonically, in his bed, after hearing the news), then, when they do speak, becoming furious again about her mother’s plans to have a family friend raise Kel. (Gee, I can’t imagine why she wouldn’t want Layken to do it!) I get that she’s suffering a lot of stress; and I know firsthand that people don’t always react the way you want them to when someone is dying. But the selfishness, while it lasts (she does eventually snap out of it, though she doesn’t go so far as to apologize, or anything) was just so monstrous to me. That’s your mother. Your dying mother. Show some compassion and understanding.Also, it becomes pretty clear that Layken will be orphaned at 18 and raising her nine year old brother, just like Will, which was just too fantastically coincidental for me.[/spoiler]

An action of Will’s late in the book brings my opinion of him down a notch, too – he reacts with over-the-top and inappropriate jealousy when he thinks Layken is kissing another guy. I think the point was to show his intense passion for Layken, but all it did was make a previously stable character look kind of unhinged. Overall, the characterization of Will was inconsistent and didn’t quite ring true.

I did find Slammed progressively more compelling; towards the end I was pretty involved in the story, even if I had issues with both the characters and some of the plot points. For that reason, my final grade for it is a B-.