[themify_box style=”light-yellow highlight rounded shadow”]This book was edited by Robin aka Janet who does freelance editing on the side. The reviewer did not discuss this book with Robin or the author prior to reading the book or authoring the review. The book was provided by the author at the request of the reviewer. After the review was published, Robin reminded me that she had edited which she may have mentioned at one time but I since forgot.[/themify_box] 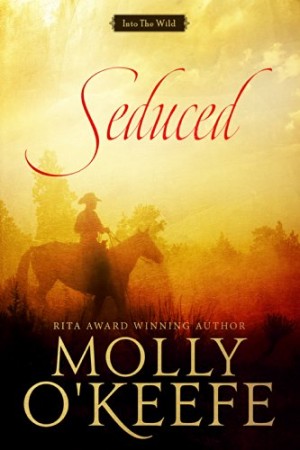 For a while, Robin (aka Janet) took over reviewing your books and given that I need to read books for review, your lovely contemporary stories were pushed to the back of the TBR pile. When I heard you were self publishing a historical, I muscled my way forward and requested a review copy.

I think your voice is wonderfully suited for a western. There’s grit and sorrow there mixed up with sweet emotion. But the story seemed short to me, as if I didn’t quite get enough time to learn the characters. After the book was over, I saw it clocked in just under 50,000 words.

Melody Hurst was once a southern belle, living the good life on her father’s plantation and scheming to marry the wealthy son of a neighboring land owner. Then the war happened and Melody lost her mother, father, brother, and fiancé. She made the spectacularly poor decision to marry her fiancé’s brother, a deserter from the Confederate Army.

Jimmy, a guard at the horrible Andersonville prison, had escaped with a Union soldier. That soldier left him and Jimmy was caught, carved up around the eye with a big “D” for deserter and left with a smoldering resentment. When Jimmy catches up with Stephen, the union soldier, a little outside of Denver there’s not much Melody can do. She’s suffered Jimmy’s brand of love for far too long and all she wants to do is to ensure she and her sister make it to the next day and then the next.

Things for Jimmy go awry and Melody and her sister, Anne, are left on the little homestead where Stephen’s brother finds them. Cole had been a farmer, a soldier, and now he was a bounty hunter but when he discovers that Melody and her sister have seeds, he finds desire stirring that he’d thought were long since buried.

The story takes a little while to unfold, as the Melody and Jimmy situation had to resolve before the romantic conflict between Cole and Melody could be really be addressed as this wasn’t a case of forbidden attraction. It was almost a story of three parts. Part 1 was how would Melody and Annie survive on their own. Part 2 was Cole convincing Melody that being with a man, working with him to create a farm was worth another chance. Part 3 was conflict between Melody and Annie deciding what their future would hold. While it’s a compact story and has a satisfying ending, each part seemed to take be given too little attention.

Cole, in particular, moved from the thought of cider being too bittersweet due to the loss of his family farm to contemplate to wanting to plant everything Melody and Annie had brought with them. The story even managed to pack a small burgeoning romance between Annie and Cole’s brother, Steven.

The prose is lovely, as always, and I enjoyed the fresh setting and the authentic characters. I just wanted more.