I’ve read and recommended several of your books in the past. They feature more angst than I usually like, but the settings are so compelling and the writing is so textured that I wind up enjoying them a great deal. When SarahF recommended your latest release, set on the Scottish island of Arran, it was hard to resist. As usual, the sense of place and your ability to evoke mood and setting through language is astonishing. I had some trouble with the characters and the storyline, but I can see why so many readers have raved about this book. 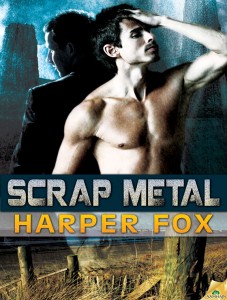 Nichol Seacliff is a graduate student in linguistics who is forced back onto the family farm when his mother and brother are killed in a holiday bus accident and his aging grandfather, Harry, is left alone. He gives up his urban life and his career plans and returns to help an irascible, grieving old man who doesn’t seem to want him there. The farm is barely hanging on, burdened by debt, and Nichol and his grandfather live a hand-to-mouth existence that consists mostly of backbreaking farm labor and unsuccessful attempts to keep their lamb flock alive and healthy.

A year on, this unstable equilibrium is shaken by the intrusion of Cameron, who breaks into the barn to hide from unnamed men who are chasing him. Nicol invites Cameron to stay, making up a tall tale about how Cameron is an agricultural student from Dumfries doing a practical course at Seacliff Farm (somehow not only Harry but everyone else in the surrounding area buys this story). The plot follows a familiar trajectory: narrator meets enigmatic, mysterious stranger, they fall for each other, stranger pushes narrator away for a while but eventually succumbs. There is a period of happiness that both the narrator and the strange know is fragile, because the stranger is hiding something that eventually comes back to haunt him and those he now loves. There is a crisis or two or three, a resolution that requires a healthy suspension of disbelief, and an HEA.

As always, what saves this novel from the predictable and the overly familiar is the skill with which the author depicts the day-to-day lives of the characters and the rich atmosphere in which events and emotions unspool. The story has a fairy-tale, almost timeless quality to it, which is heightened by the isolation and poverty of the farm and the frequent use of Gaelic by Nichol and Harry. The island, the weather, and the language function almost like characters in themselves.

Cameron is preternaturally mysterious, gorgeous, and sensitive, and Nichol is surprisingly ingenuous for a man in his mid-twenties who has lived for years in a major British city. They lust after each other almost from the start, but Cameron keeps pulling away, and in the rare times when he seems to be ready for Nichol, there is either an internal or external trauma to drive them apart:

My arms went round his waist, and he seized my wrists, laughing, as if he wanted to keep them there. “What’s wrong with you, you great ned?”

“Sorry. Miles away. I nearly sent you off the bloody cliff.”

“Pretty good, isn’t it?” From here, the northward side of the Skull rock, Machrie Bay opened out in a great green crescent, fringed by gleaming sand. Only a few white crofts interrupted its salt-marsh wildness. The water of Kilbrannan Sound, crystalline jade by the shore, soon plunged to black, sprinkled all over with wind-driven wave crests. I could feel the press of Cam’s backside against the top of my thighs. I was just a little taller than he was, and more broadly built—he fitted there sweetly, as if we’d been designed in two long-separated parts and were finally clicking together.

The breeze shifted. The scent of the sea rode up on its warmth. Salt, thyme and a strange coconut honey from the gorse just starting to come into serious flower on the cliffs…

Tears suddenly stung my eyes. Making sure Cam was steady, I let him go.

“Yes. Yeah, of course.” Was I? I couldn’t think of any reason to be otherwise—beautiful afternoon like this, the world spread out at my feet. My stomach had gone tight, though. Something to do with that particular scent in the air. I’d never encountered it anywhere else, not in just that plangent combination of flowers and water and earth. “You know, I haven’t been here in years.”

“I think the last time was with Al.” I didn’t think. I knew.

The first half of the novel is a series of hurts accompanied by comforts, with Nichol and Cameron taking turns in the roles. When they finally act on their feelings, their happiness has a dreamlike quality that the reader knows will be short-lived. The lovers are brought back to reality by a series of crises and traumatic events, but along with the traumas come surprisingly easy solutions to their many problems. As long as the reader can suspend disbelief and be carried along by the power of the writing, it’s fine, but when you stop and think, the coincidences and unlikely events start to add up.

The supporting characters are a mixed bag. Harry is unpleasant, complex, and difficult to like, and his about-face on homosexuality and his acceptance of Nichol and Cameron as a couple were a little hard for me to believe. He was so convincingly depicted in the early and middle stages of the book that I had difficulty buying the revelation of his heart of gold. By contrast, I really appreciated the attractive next-door neighbor, Shona, and her no-nonsense ways. She seemed the most realistic character of the lot. Archie, Nicol’s teenage sweetheart who dumped him to stay in the closet and become a policeman, really didn’t work for me. He alternated between smart and engaging, and a classic P.C. Plod. The good Archie showed up in the end, but by that point I’d pretty much given up on him.

But anyone who reads Harper Fox should be reading for the atmosphere and the emotions, and that is delivered here in spades:

I held his face between my hands. I was trying to work out his objections, but there were depths in those eyes that would never be open to me. I told myself I accepted this. I had so much of him it didn’t matter. “I’m not some kind of…hallowed ground, you know,” I whispered. “Not something special, or sacred, or—”

I stripped him carefully. I kissed each part of him as it appeared, indulging in a little worship of my own. Maybe he was right—maybe there was some kind of sanctity in the air of this ordinary room where I’d spent so many nights of my life I couldn’t remember the start of them. If so, it came from both of us. It was because of both of us. It sprang up from the places where our bodies touched, where our minds lit up with desire. He was part of it, part of whatever it was he revered. I couldn’t find the words to tell him. I skinned out of my coveralls, and I drew him down with me onto our sacred bed.

In the end, for me, the level of angst, the cycles of hurt/comfort, the over-the-top last quarter, and the HEA that neatly wrapped everything up, were more than I could swallow. But as I said at the beginning, I can definitely see why readers love this book, and I keep coming back to the author. Fox is a genuinely unique voice in the genre.