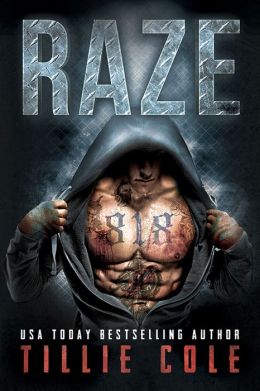 This is the third book I’ve read by you. The first two didn’t work so well, but a person I trust said I should check this out. The story starts out violent and ends with a lot of violence and there’s a lot of violence throughout the story. For those who shy away from those types of stories or have any kind of rape trigger, I would direct them away from this book.

Kisa is the only child of a New York Russia mafia boss . She is engaged to Alik Durov, the only son of the other mafia Russian mafia lord. Their fathers along with Ivan Tolstoi make up a triumverate who run a large, profitable underground fight club where men fight to the death.

Alik is obsessed with Kisa and has abused her regularly since they were teens, primarily through violent sexual assault. Kisa doesn’t recognize this as rape until the very end because she does find pleasure with him but I think a fair reading of the text is that Alik rapes her everytime they have sex.

He is also verbally abusive, threatening her and everyone if she so much looks at another man. She is allowed to go to two places–the church and the gym where the fights take place. Every minute of her life is monitored, but not by her father but by Alik.

There’s this strange interplay between Alik and Kisa that I never really understood. Kisa’s father loves her and is clear in one part of the book that he’d protect her, violently if necessary, against any one including Alik. In one scene, her father sees Alik handling Kisa too roughly and goes off on Alik. At any time, I felt that Kisa could have gone to her father and sought protection. She never did.

I understand that victims of domestic abuse often feel that they love their abusers and feel shame in the abuse and in some cases believe that they bring the abuse on. Maybe that was the portrayal that I was supposed to see in Kisa, but I didn’t. I think it’s because there was no internal exploration of this. If I was supposed to see Kisa as the classic abuse system, I wish that there were more indicators of that. None of the other parts of the book are in any way subtle so I struggled that this was an intentional portrayal of a battered women rather than an accidental one.  Kisa never asserts herself from Alik. Even when she is young and in love with another boy, she allows Alik to touch her in completely inappropriate ways. She has no avoidance skills at all.

The best parts of this story center around Raze, this nameless boy who is brought to an Alaskan gulag, and trained to either kill or die. While these scenes were violent, I didn’t feel that they were gratuitous (unlike the explicit sex scenes between Alik and Kisa). They were violent to show Raze’s transformation, his hate for the person they’ve turned him into, and what powers his revenge that takes him from Alaska to New York. When he escapes the gulag, he knows only one thing–the target of his revenge: Alik Durov.

Kisa is outside the church handing out food to the pour when she is attacked. Out of nowhere, a stranger comes and sees her. Later she sees the stranger sitting with a jar in front of him with other homeless men. She talks to him and when he looks at her, she is shocked by his eyes. She’s seen those eyes before. Based almost solely on that, Kisa takes up Raze’s cause secretly. Not only does she take up his cause but she sneaks off to see him.

Part of the worldbuilding is uneven. Raze’s internal dialogue is not sophisticated but neither is he illiterate but at other times he’s portrayed as not knowing the words like “friends” or “love”. Like I said above, it’s not very subtle. But the mafia world, the illegal fights, the action scenes were all well done. When Kisa and Raze are interacting, there’s a sweet romance. The way that she believes in him and guides him from his past, making him believe that there can be a future is both tender and romantic.  There are a few editing errors that I noticed, although not many.

I’m torn about the grade of this book. I thought there was too much violence, particularly of a sexual nature.  I struggled with Kisa’s actions and reactions to Alik. But the romance was compelling and Raze’s past storyline and redemption, through obvious, was moving. So… B-? C+

→ Jane
Previous article: REVIEW: We Were Liars by E. Lockhart
Next Post: GUEST REVIEW: Lighting the Flames by Sarah Wendell