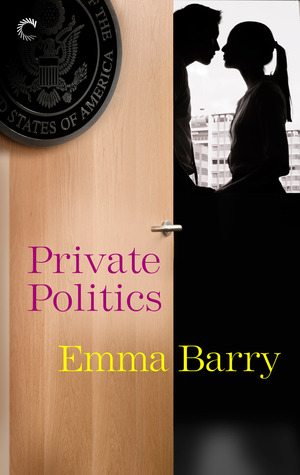 This is the second book in the series centering around characters in DC. As I said in my previous review of your book Special Interests, I generally shy away from political books but you are able to write a book about people passionate about causes yet unabrasive which I find to be some kind of wizardry.

Alyse Philips is a wealthy socialite who works as a fundraiser for an international girl’s literacy non-profit. The job gives her validation in the face of expectations of her parents who would prefer her to be married to a Wall Street banker and popping out babies. She uses her understanding of people and her ability to negotiate a cocktail party to get donors to open their wallets for her charity. Alyse’s job takes an unsavory turn when she discovers discrepancies in the books of her charity during an annual audit of Young Women Read, Inc.

She takes the issue to her roommate’s boyfriend, the lawyer and male protagonist of Special Interests who recommends she seek out the advice of political blogger Liam Nussbaum. Liam has had a crush on Alyse for months, but he’s not the type of guy who gets a girl like Alyse. His closet isn’t full of sharp suits and he spends more time behind his computer than in the gym. He tried to flirt with her but was the attraction wasn’t returned and he resolved to set aside his feelings and move on. When he finds out that she needs his help he comes running, still wearing his heart on his sleeve.

Because heroines are often judged on a harsher scale than their male counterparts, pretty, wealthy, and good at reading people Alyse could have come off as villainous.  As I was writing this review I remembered that many of the historical books pre-2005 featured glorious heroines who caused an earthquake of male attention. I don’t know that the Alyse archetype is as common perhaps because it may be more difficult to pull off without giving her some traumatic background like rape to make her sympathetic. She is a bit of a damsel in distress, though, needing help from those around her to extricate herself from a potentially career ending political scandal. Part of her character conflict is that people do tend to see her as shallow and vapid and in part, Liam views her that way as well. Not shallow and vapid but at times I felt that his emotions were elevated above hers.

Liam is a sweetheart of a hero. He’s a successful political blogger who managed to leverage his college hobby into a career with employees. But he’s also a control freak and he’s finding it a challenge to delegate control so that he can grow his burgeoning blog. The story that Alyse brings to him can catapult him from second tier to top of the search engines or the so called front page of the internet.  The situation allows Alyse to see the passion and intensity that Liam brings to his avocation. He is not merely a man with a keyboard attached to the end of his fingers, but one who is as dedicated to his job as she is to hers. This shift in paradigm takes Liam from nice and nerdy to warm and protective. Alyse begins to view Liam anew and when she sees him on a date, the shift becomes complete.

And as Alyse begins to eye Liam differently, he’s embolden by her possible attraction and that becomes a feedback loop. Liam is more confident leading to Alyse being more attracted. Alyse wasn’t a doormat though, relying solely on good looks. She knows immediately something is wrong with the books, offers up suggestions on how to resolve the problem and works together with Liam.

The passion for politics link makes their romance believable, particularly when it appears Alyse had perused what Liam had to offer previously and rejected it. (I think that Liam never actually got up the nerve to ask Alyse out which could have also contributed to her viewing him continually as a friend only). Making the story about graft and corruption instead of a particular ideology helps to render this work palatable for both sides of the party divide. After all, who isn’t for literacy, nerdy boy bloggers, pretty girls, and love winning out? Curmudgeons, obviously but for the rest of us, Private Politics is a good escape. B-