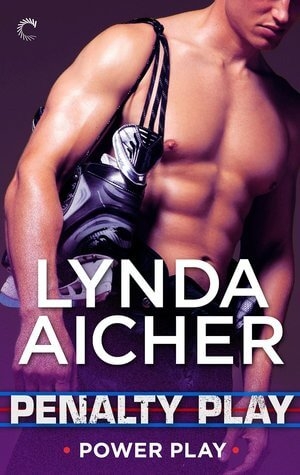 This is a difficult book for me to grade. On the one hand, it’s a very emotional book and the characters were really intriguing. On the other, it was kind of sad. Even the ending, which was a traditional romance one, felt poignant and bittersweet. Ultimately, I feel like I only partially understood the characters.

Jacqui Polson is a music major who is nearing her eight year anniversary of the diagnosis of her leukemia. She works at a music store and there she meets Henrik Grenick who is looking for a guitar. She doesn’t immediately recognize him as the Minnesota Glacier’s starting defenseman but instead a fellow music lover. Henrik shares that his grandmother left him a C Bechstein grand piano and invites her over to play it.

Jacqui accepts under the impression that this was an invitation for a hook up. It takes Henrik a little bit to catch up with Jacqui since he really did invite her over only to look at the piano. The two share a startlingly good experience together and Henrik wants to see her again. Jacqui doesn’t believe in relationships due to her illness. She’s seen how it has adversely affected her family–both financially and emotionally. Only one of her four brothers has been able to settle down. The rest are too afraid to care for anyone. Jacqui doesn’t

Henrik has suffered a loss that’s hinted to at the beginning and I thought I knew what the conflict would be, but I didn’t. I won’t share it because I don’t want to ruin the reveal. But I will say that Henrik and Jacqui both came off as depressed individuals throughout the book. There’s a certain gloom over their internal monologues.

Henrik is alone. He wants a family but he’s held himself aloof–both from his real family and from his hockey family yet he desperately wants that emotional connection. He’s filled his house and life with a stream of girlfriends, none of which stay with him. His teammates jab at him, saying that he’s always being bossed around by them. This particularly part of his arc wasn’t fully developed. His teammates and teammates’ girlfriends mocked him for it. What was I supposed to take away from the mockery? That they were all assholes? I suppose I could assume that Henrik’s past relationships and his tendency to be subservient around them stemmed from his desire to not be alone. But not being alone for a pro hockey player didn’t necessarily mean that he was some passive guy without any direction. I was confused by these tidbits and never felt like that part was explained well for me. There are revelations in Henrik’s life that are parceled out at the end and that have very little affect on him.

Jacqui is also tormented by her illness. She’s afraid to get close to anyone, not because she’s going to lose them but they are going to lose her. She thinks it’s unfair to allow them to get too close to her. I appreciated her dilemma but her actions because increasingly unjustifiable the longer she dated Henrik and the more that she involved him in her life. At some point, she had to allow Henrik to make his own adult decision about whether risking a life with someone who had a potentially fatal disease would be worth his time, effort, and emotional well being.

For sports fans, there are a few locker room scenes and one on-ice scene but Henrik is not the jocular, let’s all get along, guy. He’s somber, almost sullen, in the locker room and with his teammates. That solemness pervades every page and while there’s happiness at the end of the story, the lingering sense of sadness is what stuck with me even when I finished the last page. So how to grade this. Both characters were intriguing. Henrik is not the typical asshole athlete (although I’d have loved to have been told why all these girls kept breaking up with him) and Jacqui has a lot of self possession. I think the characters could have been fleshed out a bit more. I don’t think I can grade down on the poignancy of the story because it’s partly a sad story.  (Grading is hard, yo!) Parts of the storylines felt unfinished to me and I attribute that to my uncertain feelings at the end of the story. B-