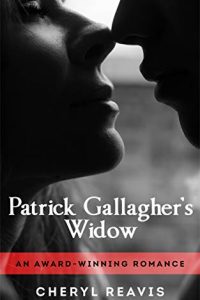 An “off-limits” policeman’s widow. An insubordinate detective determined to find out what she knows about her husband’s death. A love story…

All his life, street-smart Garth had lived side by side with crime. And something about fellow officer Patrick Gallagher’s death in the line of duty just didn’t add up Garth had his instincts, but he needed evidence–intimate, inside evidence. Only one person could supply it … the quietly gritty, pretty widow Gallagher.

But satisfaction didn’t come easy. Jenna met his maverick tactics with a muleheadedness all her own, trading cool quips for his brutal questions, fierce privacy for his pushy probing. Worse, just when she seemed about to cave in, intense, lonely Garth realized he wanted more than just answers, more than just a killer. He wanted Patrick Gallagher’s widow herself….

Some CWs and TWs are needed. The story involves the NYPD. Some of the cops are good, dedicated officers and some are not. Jenna volunteers with a Crisis Center and some of the people she works with are victims of rape though no stories are told on page. Jenna is also beaten up, though most of the attack is not graphically told on page, and later held hostage.

I’ve read most of the books you’ve written but despite the fact that I’ve owned a paperback version of this one for years, it took me until now to actually read the story. Yay that this one is now available as an ebook.

Detective Johnson Garth (no, he really doesn’t like his first name and rarely lets anyone call him that) has arrived at a precinct party being held by the newest detective to be assigned there. Socializing has never been his thing and not having grown up within the Brotherhood, Garth has stepped on a few toes and angered a few people along the pathway to where he is today. He’s pretty sure what he plans tonight might piss off even more people.

Jenna Gallagher is at the party to help her friend and coworker Debbie (wife of the newest detective). She’s not thrilled to be back at a police social event. She’s never enjoyed them but now that she’s The Widow of one of their own and everyone has wanted a piece of her for the last year since Patrick was shot on duty, she’s even less happy. The outcast detective who begins to chat her up (she knows who Garth is because he and her brother-in-law have Bad History) doesn’t anger her until he asks a question about her marriage.

Call it one of his gut instincts but street smart Garth isn’t satisfied with the answers he got after he arrested the teen who shot Patrick. There’s some reason for the murder that still hasn’t come to light and Garth wonders if the Widow Gallagher might know something. Her brother-in-law stymied Garth’s efforts to question Jenna then but maybe he can do so now.

It’s going to take the help of Garth’s new partner Skip (who also doesn’t like his first name), Skip’s wife Debbie, and some of Garth’s dark history before the truth comes out. And when it’s all said and done, is there hope for a relationship between a cop and the widow of a cop? 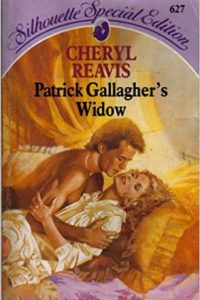 There is a lot to this book with interwoven threads and time taken to slowly set up past relationships, friendships, and scores owed and paid. It was written in 1990 when authors had more word counts to do this. There are lovely scenes such as when Garth gets roped into Sister Mary John’s idea of having a policeman get to know students and guess which school and whose classroom Jenna volunteers in? Or the time when Garth takes Jenna to eat at the greasy spoon diner where his mother works and she sees how much Hazel and short order cook Luigi care for Garth. Or the many scenes of Skip and Garth interacting on the job. I loved all of these.

Garth and Jenna have both lost people in their lives and (amazingly) are allowed to still care for and grieve for these people, neither of whom are torn down in order to “free” the main characters to love again. The PTSD that Jenna lives with as a result of Patrick’s death in a hospital is discussed and shown. Jenna has had miscarriages and as of the epilogue, there is no miracle baby due to Garth’s magic super sperm. There are some hard feelings between and among some of the characters which aren’t tidily cleared up and despite a cute final scene in the epilogue, not everything has been fixed for all the characters. In other words, much of what is here seems realistic.

But there are a few things that bothered me. Jenna was in the media a lot after Patrick was killed – to the point where total strangers used to recognize her on the street. Yet there is a scene where someone ought to have recognized her but didn’t. She’s also unbelievably naïve in that same scene. She’s the widow of a cop but stubbornly insists on continuing something even after alarm bells should have been ringing.

Still I liked the slow and at times rocky road that Jenna and Garth travel on their way to a HEA. The stones along the way aren’t swept aside or belittled. The MCs both do some things that are irritating but also make sense based on how they were written and the backstories they have. There is character growth along with the knowledge that no one is perfect but they do love each other. I can see why this book won an award and I’m glad I finally pulled it out and read it. B-

→ Jayne
Previous article: Review: Perfect Flaw by Frank Spinelli
Next Post: REVIEW: Behind the Scenes with Burt by Georgia Dunn