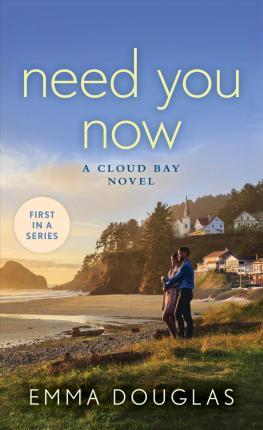 Disclaimer: I’m friendly with the author online and have met her a few times at conferences. I’ve even had dinner with her a time or two.

Need You Now is the first in your Cloud Bay series for St. Martins Press. I’ve read previous books by you under your other names, MJ Scott and Melanie Scott.

Fictional Lansing Island and the main town, Cloud Bay, is off the coast of California. It was home to members of a famous rock band, Blacklight. Lead singer of Blacklight was Grey Harper. He’s been dead for six years but the Cloudfest music festival he began continues, under the management of his eldest daughter, Faith.

Grey had three children from three different marriages. Even though he’s dead, he looms large in the lives of his children and the inhabitants of Lansing Island. He loved his children but he wasn’t the world’s greatest dad. He was too addicted to fame and his music to be there for his kids consistently. All three Harper siblings have complicated feelings about their father even though they loved him deeply and he is greatly missed.

Mina is the youngest daughter. She’s a 23 year old widow living on Lansing Island and working for their search and rescue team but, since the untimely death of her husband in an accident, she has pretty much withdrawn from social activities. Zach Harper is the other Harper sibling. He’s off pursuing a music career and Faith feels abandoned by him.

Faith loves music and sings well but she doesn’t have the desire for the spotlight like Grey did and Zach does. As Faith says, for her, music is “a team sport”. She satisfies herself with running Harper Inc. and Cloudfest. When the book begins, Cloudfest is mere days away and Faith and her team are frantically busy organising everything.

Caleb White is a former number one tennis ace. A recurring shoulder injury has led to him recently announcing his retirement. He heads to Lansing and Cloudfest with a friend, for some R&R and to escape the paparazzi. Caleb and his friend, Liam, are borrowing the house of Danny Ryan, a former member of Blacklight. Caleb and Faith first meet when Faith drops the keys over for Caleb and Liam. There is instant attraction but Faith has always restricted her flings to “off island”. Even though Caleb is planning to stay only for a week or so, he’s still on Lansing Island and therefore, off limits. However, Caleb is far too tempting for Faith’s self-control and it doesn’t take long until she’s making an exception to her rule.

The first half or so of the book contains a lot of set up, introducing the main characters on Lansing Island, the Harper siblings and Faith’s mother, Lou, who essentially raised all three children. There is a lot of information about Cloudfest and the challenges of running the music festival, complicated by a mayor who’s not onside. While it was interesting, I was hungry to get to the romance.

The second half of the book is more tightly focused on Caleb and Faith and it is here where I felt the book hit its stride. Caleb and Faith don’t really have many barriers between them; they are both independently wealthy, mature adults. Faith does have some abandonment issues and is reluctant to trust in a relationship and it is this which causes the inevitable black moment. While her fears were made plain in the story, I’d have like a little more about them for better context.

Late in the book Faith comments that Caleb hasn’t talked about what he’s going to do now that tennis is done for him and she’s exactly right. Caleb hasn’t even talked to her about why he quit the tour and how he feels about it. In many ways, the story focuses so strongly on Faith it has a “women’s fiction” (I really hate that term) vibe. There is a strong romance and a definite HFN but there is also a lot of book which is about what Faith does with her life generally. In terms of character growth, the focus is definitely on Faith and barely on Caleb. I’m a hero-centric reader so I felt that as a loss but I suspect that many other readers who are more interested in the heroine’s journey will love this aspect of the book.

There is definitely a sense that all the characters have their own stories and their own lives outside of the book. I was curious about many of the characters and how they might figure in the series as it progresses. I expect that some of the threads that began in Need You Now will be resolved in later novels. Certainly the falling out between Faith and Zach will be addressed but I’m also curious as to how the animus between Faith and the mayor may play out as well and whether Lou might start something up with the mayor’s dad or whether her romantic future lies, perhaps, with a certain musician.

Because most of the romance was packed into the last half of the book, the relationship felt a little rushed to me. I’d have preferred more time spent focusing more tightly on Caleb and Faith. I certainly believed in their chemistry and attraction but I did wonder how much depth their relationship had when so many of the big conversations hadn’t happened yet. That said, the story takes place, for the most part, in about two weeks, so it’s not like there was a lot of time for those discussions anyway. Because they had been together such a short time, I personally classify the ending as HFN but there is an exchange of “I love you” so mileage may vary there.

Need You Now is fairly gentle so far as story goes. There is no kidnapping, there are no stalkers or explosions and no big misunderstandings (thank you). What there is, is two mature adults negotiating a relationship against the background of a busy and vibrant music festival. Many books these days have high stakes and high angst (that’s not a complaint; I like those books as well) but Need You Now is much more understated. I expect readers who are looking for a romantic literary escape without too much drama will appreciate this one the most.