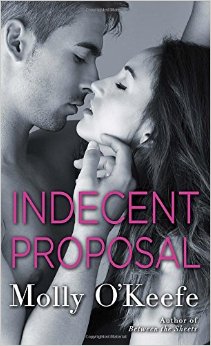 Our wonderful heroine in this story is Ryan Kaminski, a beautiful girl from Philadelphia  once dreamed of being an international top model but is currently staring 30 in the face while  working as a bartender at a hotel bar in New York City. Needless to say her dreams having come true and are likely to never come true.

She’s estranged from her family which is her biggest source of pain. She misses her father and her sisters but because of a previous marriage gone wrong, her older sister has shunned her and her father hasn’t talked to her in six years. The only contact that she’s had with her family is with her younger sister and brother.

Ordinarily Ryan would not sleep with her customers but there is something about the drawn man who the other waitress refers to as Ken doll at the end of the bar. She sees in him a certain type of recognizable loneliness and despair and reaches out to him. They enjoy one night and separate of strangers. Ryan is confronted by her boss as she leaves the hotel room and is eventually fired.

None of these events would have been problematic had she not become pregnant and even that might not have been her doom had it not been for Harry aka Harrison Montgomery.

Harrison Montgomery is in the midst of running for Congress. His father, a former Senator, has been exposed  as a corrupt and generally horrible person. Harrison is running on the anti-Montgomery platform. When it is soon splashed across the news that he’s involved with a former teen model who is currently an unemployed bartender, Harrison’s already slim poll figures take a dive. After he discovers she’s pregnant, Harrison convinces Ryan that they should marry with a mix of blackmail and bribery.

But where does she go? She has no job. Her family doesn’t want her. She’s pregnant. The characterization was great. Ryan was sympathetic and plucky. In every deed, you saw her try to make the best of a bad situation.

The situation is dire for Harrison too. He’s doesn’t have another nickel to his name. He’s spent it all in the pursuit of this congressional bid. He has just enough money to lure Ryan into his world but should he lose the election–well, there is no plan B.

Harrison was this weird mix of earnest do gooder and cold man. He had to be cold in order to survive his childhood and obviously rebelling from his father’s misdeeds turned him into the kind of guy who seeks higher office to right the wrongs his father perpetrated onto his constituency. He’s kind of a sad sack, full of self sacrifice. Ryan likes him, though, so I like him.

I struggled with the belief that Harrison’s name wasn’t totally tainted by his father, even if he was running on the anti Montgomery platform.

But when I came to the end of the book, the lack of Plan B became problematic. It was a hard struggle for the two to get to the end and I wanted to be allowed to see them happy. Yes, I got an epilogue but there was still a sense of sorrow at the end of the book. For some readers, this type of ending (it’s happy, don’t get me wrong) works but for me, I wished I had a better sense of how the two were going to cope in their new positions. I’m probably supposed to use my imagination but I kind of wanted it on the page. B-

→ Jane
Previous article: Reading List by Jennie for September and October
Next Post: New Publishing? A Manifesto of Sorts