When I began this book, I had only vague memories of the vampire series you wrote several years ago. This story takes place shortly after Damned by the Blood and involves Alya Adad sending her Hand, Eva Sosa Padillo, to the northwoods of Minnesota to seek out the clan of the vampire who attempted to kill her. Either the clan moves south to Minneapolis to be assimilated or the entire clan will be decimated and burned to the ground.  Actually the plan is to burn and salt the earth where the northwoods vampires live regardless of their assimilation but Eva doesn’t let them know that. Instead she offers the opportunity to parlay. 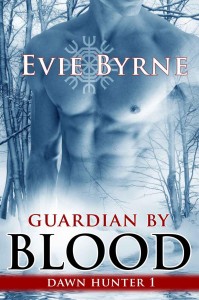 There is an impossible conflict presented here because the clan is a small group of individuals with fervent beliefs. They do not feed off humans but animals. (Looking at the human feeding as a disgrace). They live in harmony with the land, wasting nothing. They hunt wild boar and deer. While at first, I was shuddering at their primitive lifestyle (outhouses for god’s sake), I quickly began to become enchanted with the simplicity of their lifestyle and, moreover, their tie to the land.

The unfairness of the situation ate at me.  Wat, the regent for lack of a better term, tried to explain to Eva that they were no danger to Alya and to move south and abandon their beliefs was no small request she was asking. She was asking for them to destroy their way of life because some outcast had threatened Alya’s rule.  But Wat and his people would rather die. There’s this beautiful scene in which Wat goes to pray to his gods to seek guidance. Is the “more” out there worth giving up all that he has ever believed in?

Eve represents an interesting and very challenging character because she doesn’t take by force, but rather manipulation and it was very hard to see her desecrate the philosophies of Wat’s people in order to turn Gunnar, the prince, against him and lead the people into the south. She does this because she sees Gunnar’s capitulation as their only safe recourse. Better to be alive and having forsaken the old ways than dead martyrs, she justifies to herself.  Eve is very very very hard to warm up to.

I was so disgusted at Eve at one point that I thought about giving up on the book.  I think because I had experience with reading you before and I knew your work was excellent that I hoped for a payoff, a turn around. I was surprised that there were not greater recriminations by Wat over certain actions he took in response to goading by Eve. Yet his easy forgiveness of Eve paved the way for me to let go of my own frustration and anger. In the end, it was Eve who saves the day and I admit I didn’t see her solution which made it all the sweeter for me as a reader.

I really loved Wat and his people and I came to appreciate Eve.  It’s a bit of a reverse captivity book because in a captivity book, the captive changes the people from the inside out whereas Eve is the one that undergoes the transformation. The mystical magic of the indigenous vampire tribe was portrayed in a loving manner.   This was a difficult book to pull off and that you did is remarkable.  Even though Eve is a hard edge manipulator, there is a core of steel in her that appeals to Wat.  And Wat?  He is a teacher, lumberjack, man who has loved every woman he’s slept with.  Definitely swoonworthy.  B-