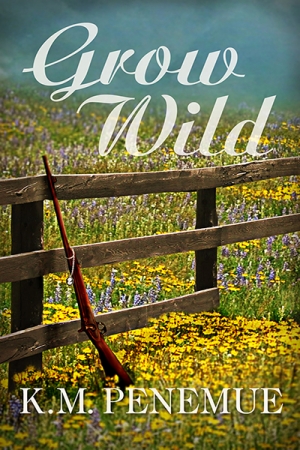 Josie has been drifting from town to town for years, surviving on whatever work she can find. When she rolls into Rio Plato, however, it’s not work she’s hunting, but an old enemy.

Dahlia Wheeler owns the Sentimental Lady saloon and brothel, where Josie stays. But though Josie feels the pull between her and Dahlia, she refuses to get involved and risk dragging Dahlia into her plans for revenge and the aimless life she leads—assuming she doesn’t wind up with a noose around her neck.

I was looking to try something new and came across this book at Netgalley. I haven’t read many historical Western f/f books, the blurb looked interesting and I figured with a 17,500 word count, I couldn’t go wrong.

The descriptions of the faded, weather beaten town along with tired, dusty Josie immediately made me feel the opening scene. Josie’s only concession to her attire is a breast band to make horseback riding more comfortable so she’s used to the stares she gets though grateful for the relative lack of questions. As the story continues we find out that she’s never tried to hid her gender which has made things awkward sometimes trying to find and keep jobs but she’s hardworking and willing to turn a hand to anything.

Since the story is told only from Josie’s POV, Dahlia is more of a mystery. She’s carved out a life as a whorehouse madam, though we learn nothing about how she did this, and despite her soft, Southern accent, she can defend herself with a gun if needed. Still, life is always just slightly precarious since her livelihood involves dealing with men, alcohol and sex. Her actions hint at her immediate attraction to Josie though Dahlia takes her time in acting on them.

The speech patterns of the two women signal their different backgrounds – Josie has obviously had a hardscrabble life while Dahlia’s was probably far more genteel. Both are just trying to survive in a world which offered women few options. While she might be handy with a gun, Josie is not a gunslinger. Dahlia runs a whorehouse but she manages to avoid, though sometimes just barely, the “whore with a heart of gold” stereotype.

The novella moves along briskly to the main conflict which is external to the women’s relationship but which serves to initiate that after Josie’s run in with some already established lowdown, weasely types. I thought her difficulty in carrying out her plans shows that at heart she’s not a ruthless killer, merely a woman looking for revenge. The events which bring the action to a head and are Josie’s reason for her quest could be triggering for rape victims.

After this, the novella ended a bit quickly. Frontier justice was swift but this is New York minute quick. And while Josie and Dahlia appear to be headed towards a long term relationship, the main reason for Josie to stay around hints at the potential for long term disquiet in the town so I guess it’s more HFN. Despite the short length, I felt most of the story was well done with plausibly drawn characters. A more settled and rosy future would have made me feel more at ease for Josie and Dahlia but I still enjoyed the start of their journey together. B-