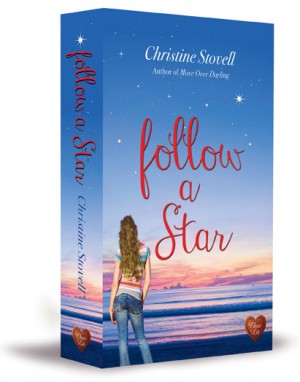 May Starling’s had enough of her demanding career and even more demanding ex. Responding to a ‘crew-wanted’ ad, she follows her dreams of escape only to find herself at sea with red-haired Bill Blythe.

Bill warns May that close-quartered living can create a boiling pot of emotions, but even May is surprised by the heat building up inside the vintage wooden boat. And when May and Bill tie up at Watling’s Boatyard in Little Spitmarsh, May’s determined to test her new-found feelings on dry land.

But May’s dream of escaping her former life is in danger of being swept away when several unwelcome blasts from the past follow her ashore, all seemingly hell-bent on reminding her it’s never that easy to clear the decks.

Sometimes it’s the smallest or oddest things that will catch my attention when offered a book to potentially review. Here it was the thought of cool water during a hot summer and the place name Little Spitmarsh. I just love the idea that a place with such a name could exist.

Since your bio states that you’ve sailed, I knew that these portions of the book would be believable. As story moved into the sailing part, it immediately brought to mind something I first heard about while reading Kate Fox’s “Watching the English” namely the BBC Radio 4 broadcast of the Shipping Forecast. Let me tell you my reading day would have been made if that had been mentioned in the book.

For the most part, I like May but Bill gives me pause.

Bill starts by not only jumping to conclusions about May each time he thinks she maybe, might, possibly be a gold digging, money hungry, promise breaking flirt – he practically leaps on his conclusions, tackles them to the ground, and throttles them up until the point at which May busts his nuts and tells off his miss-conclusions. Then he’s as meek as a lamb until he thinks bad thoughts again. Bill is like a weathervane. He flips this way and then flips out based on his opinion of what May has done or not done. He spends a lot of the novel thinking the worst of her in any situation. He does usually do a complete 180 after May yells back at him but then off he goes again… Very disconcerting. It would make me wonder about Bill’s mental state on a constant basis. May has enough difficulties from her old manager without this added.

Bill does have that guy way of avoiding deeper emotions by talking about something else such as when he masks his feelings by discussing the tidal flows around Little Spitmarsh rather than dare tell May what he actually feels for her. I lost count of the number of times the phrase “ginger builder” gets used..There is a whole lot of emphasis on Bill’s hair! Are redheads so unloved in the UK? I guess based on the sperm banks now telling red headed men not to bother, they are.

May makes strides in personal growth, getting some agency and sticking up for herself. She recognizes Aiden as a problematic asshole and is trying to overcome him while rising above his manipulation. Cheers to her for doing this basically by herself. She has some family and friend support but pulls this strength from herself above all. May might start out a touch unsure of herself but when Bill shows his arse, she answers and lets him have it. By the end she is woman, hear her roar.

I do like the humor sprinkled through the story – especially May’s black humor after their near miss with the gigantic cargo ship. “Oh there you are. And there. And there too…”

1/3 of the way in and a new couple is introduced? I’m okay with the call back to the obvious previous book couple of Matthew and Harry but now B&B couple too? It just seemed strange to me. I also got tired of May’s hippy dippy parents hogging time away from Bill and May.

I did change my mind about various characters along the way. Some whom I thought would turn out differently ended up on my “like” column – including Thunder and Fiona. Aging rocker Thunder turns out to be a darling – he’s got a real Bill Nighy vibe going and turns out to give May the most support in her effort to break free of her past.

The Mummy Brigade scene was hilarious and as someone who is very “your child is nice but let him/her stay over there please,” I feel as May and Fi did in the cafe. But then Fi’s sudden realization of the evils of the world to an unborn fetus – soft cheese, shellfish, cat litter boxes is noir-ly comedic.

All the loose ends get neatly tied up in boat knots. I don’t think there’s a single undotted i or uncrossed t. All are nicely finished off, in ways that make sense and seem to promise happiness but all almost too ship shape and Bristol fashion. Like the nautical terms I threw in?

Overall my feeling is this is a nice little story. Fairly harmless for the most part with some issues but still worth a look for a contemporary English romance with lots of local color and English flavor. It’s also a good bet for sailors and people who enjoy tidal marshes and seacoast settings. I’m definitely going to have to look up a Cornish Crabber, a Dallimore sloop and a Folkboat. Still after all the flips and flops that Bill engages in over the course of the story, I’d like a little more time to be sure that this time he’s not going to suddenly change his mind and think the worst of May again. B-