The last few years I’ve done these year end lists, I’ve come up short of 10. I’ve realized either I’m not reading the right books for me, I’m too picky a reader or I’m totally out of touch with what’s popular right now. So when my list kept growing all year long, I began to think – “OMG, I just might make the max this year!”

Well, not only did I make the max, I exceeded it – whoopee! In ecstatic acknowledgement of that I’ve decided to go over the limit of 10. Yes, yes I will. In order by grade and not much else – 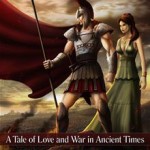 Back Across the River Styx by Karalynn Lee – This one is so good I read it twice just to be sure that I wasn’t hallucinating about how good it is. When I finished it the second time, I was still as enchanted with it. Since I have more books on hand – print and ebooks – than I will probably ever be able to finish, the fact that I spent time rereading says a lot to me. Greek mythology is perfectly blended with romance. The story arc is complete and satisfactory. The use of historical fact is imaginative and ingenious. I’m running out of adjectives for how good this novella is. 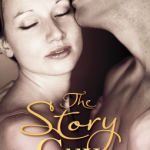 The Story Guy by Mary Ann Rivers – This one came in for its fair share of criticism but it drew me in from the start and didn’t let go. It’s beautifully written, emotionally engaging and about people who seemed real to me rather than hangers on which to drape an improbable plot. It made me smile as well as cry. It’s also made 2 other DA reviewers’ end of the year lists. ‘Nuff said. 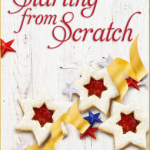 Starting from Scratch by Stacy Gail – I usually hate amnesia plots, am tired of small town stories and kitsch so for this one to be one of my favorites for 2013 amazed me. Yes, it’s a little heavy on explanations of military life but these go to show what came between the hero and heroine and how much they have to overcome for their HEA. This also backs up the angst, giving it depth instead of leaving it to feel like a shallow check off list of faux emotions to me. I also enjoyed the relationship between the heroine and her best friend from childhood. I’ll be looking for his story. 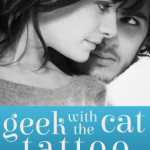 Geek with the Cat Tattoo by Theresa Weir – A cat as a narrator? Absolutely and it’s not a shifter story either. The second in this series of three cat siblings finding their forever owner or helping their forever owner find a HEA I loved this one even more than the first from last year. The hero’s shyness and the heroine’s self doubts are perfectly captured. Sam the cat is a wonderful matchmaker and if this one doesn’t make you want to donate to an animal shelter, you have a heart of stone. 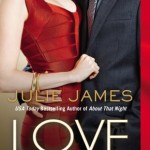 Love Irresistibly by Julie James – This is a wonderful relationship story between two well drawn, believable characters who have full lives, friends, believable backstories and can speak lawyer to each other. The conflicts are centered on them rather than an external villain and I felt that I got a multilayered view of them as people and why I should care about them and about them falling in love. 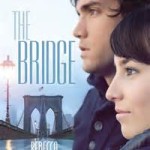 The Bridge by Rebecca Rogers Maher – I think this is probably the most unusual blurb for a book to be offered to Dear Author this year. Two people determined to end it all who try and give the other a reason to live is not a storyline I come across every day. Could this possibly be anything other than a downer to read? Indeed yes, it could be. It’s also an illuminating trip through what two people think makes the best of New York City. The story doesn’t pull punches and never sinks to “feel good” attempts to diminish the real pain the characters have endured and still feel. The ending is hopeful and HFN but I appreciate the fact that it’s real and honest. 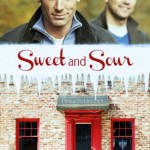 Sweet and Sour by Astrid Amara – I read a lot of holiday themed novellas this year as well as more lgbt stories and this one is good enough to make the “best of” cut. It’s as much the ending of an old relationship as the beginning of a new one which takes a bit of finesse, IMO. It’s also a Hanukkah story and while I can understand that this isn’t considered a major Jewish holiday, it’s still nice to get a holiday story other than one about Christmas. 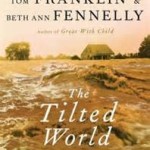 The Tilted World by Tom Franklin and Beth Ann Fenelly – Can an artiste of illegal whiskey and a revenue agent determined to uncover her identity and shut her down find their chance at love in rural Mississippi in 1927? Read this book and you will believe in their slow, gentle romance even as the raging, flooded Mississippi River threatens the town with total destruction. It’s not only a love story but a trip back in time I enjoyed making. 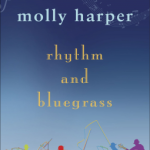 Rhythm and Bluegrass by Molly Harper – This is the second book in the series and I enjoyed it just as much as the first. It’s funny and yet a view of the struggle that many small and not-so-small US towns are faced with in an effort to modernize and survive in today’s global economy. I liked that the conflicts are real, the people are adult about how they deal with them and the hero and heroine have time to let their attraction sizzle a bit before jumping into bed. Nothing felt phony or made up – despite the town name. 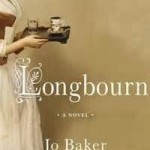 Longbourn by Jo Baker – What, me read a book set in the world of Jane Austen? At the beginning of the year I would have laughed to think I would but here it is in my top reads of the year. The view of life from below stairs at Longbourn is what drew me in but the descriptions and depictions of the servants as they go about their lives while the major events of “Pride and Prejudice” go on above stairs is what kept me reading. The story, though, isn’t all about how the servants view the Bennett sisters finding love. Instead there is a romance for one of their own that seemed realistic to me. I not only want to believe in their HEA, I do believe it. 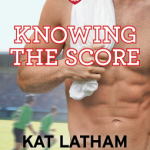 Knowing the Score by Kat Latham – This one tackled me like a rugby player – in a good way. And by the time I finished it I knew a lot more about the sport than I had. It’s funny, has great dialog and uses UK/US slang brilliantly. The hero should be bottled and sold by the gross. He wins his heroine by being nice to her as well as admiring her work ethic instead of being a prick. The heroine’s virginity might put off readers but it’s made to seem reasonable for her given her past. By the end of the story, I felt that both of them had totally opened themselves to the other and were all set for their HEA. 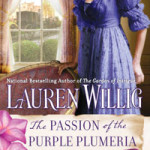 The Passion of the Purple Plumeria by Lauren Willig – I rejoiced to see this book about an older heroine and older hero finding their HEA. I love that the heroine is shown as competent and intelligent. Also that her hero sees and admires this in her. The modern day parts of the story worked just as well for me which hasn’t always been the case in this series. It’s still going strong and I’m still anticipating the next one, which says volumes. 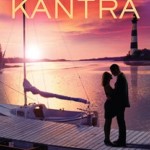 Carolina Girl by Virginia Kantra – Books about small town life often put me off by making the small town into a paean of wonderful. That’s not the case here as both the heroine and hero return to the small Carolina coastal town they couldn’t wait to leave. It’s also has a great family relationship arc that is being carried through the whole series. Though I think readers could start with this one if they wish. Both the hero and heroine mature, make concessions and help each other each with their individual goals as well as their relationship one. 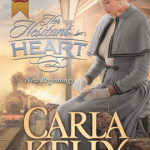 Her Hesitant Heart by Carla Kelly – I love me a Carla Kelly historical and if it’s a western, that’s the cherry on top. This book might seem like just so much same-old, using standard Kelly tropes, with standard Kelly wry humor to tell the story of two deserving people triumphing over those who want to shame them and/or put them down for acting like honorable adults instead of asshats but, damn it, that’s what I love about her books. 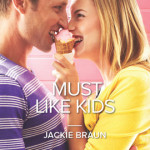 Must Like Kids by Jackie Braun – This isn’t the usual saccharine, baby filled Harlequin offering. I know that sounds like a backhanded compliment but overabundance of secret babies and surprise pregnancies of this publisher leaves it wide open for such statements. Given the number of embarrassing tweets, live mic fuckups and other ways public people have dug themselves into holes this year, the set-up is inspired. I enjoyed watching a heroine who is good at her job and a hero willing to gracefully accept her expertise. The children of the story are realistic instead of being plot moppets. The relationship is allowed time to develop and the characterization remains consistent. Too bad about the cover.