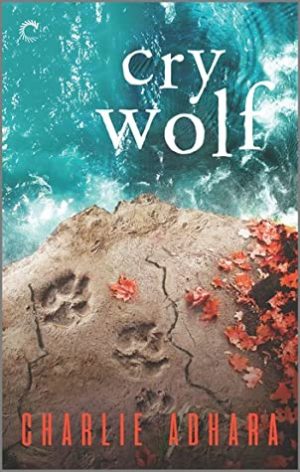 Agent Cooper Dayton never thought anything could be harder than solving murders. Until he had to plan a wedding.

After taking down an old adversary, Agent Cooper Dayton of the Bureau of Special Investigations has earned a break. Not that planning a wedding to his sexy shifter partner, Oliver Park, is necessarily stress free, but it’s better than worrying about the ominous warning, delivered months ago, that Cooper’s life is in danger.

When he’s dragged to an event by his family, Cooper braces for an awkward evening, but instead finds himself in the middle of an ugly feud between Park’s ex and a rebel pack leader. What was supposed to be a quick outing turns into a full-blown murder investigation after the pack leader ends up dead, Park’s ex goes missing, and Cooper and Park are sent a series of disturbing wedding gifts that are somehow connected to it all.

The list of potential suspects is long, and with the bodies piling up, Cooper must turn to the one person he trusts the least: the villain he’s already put behind bars once and who has nothing to lose by lying and everything to gain if Cooper is out of the picture—for good.

This is book number five in this series and I have read and reviewed all the previous books, so please forgive some possibly repetitive thoughts. Yes, I think it is incredibly tricky to pull of the story about the same couple in the series where romance is supposed to be one of the main element. Yes, I had been nervous before the books three and four and especially this book because I absolutely did not see how the author would manage to create believable tension between Oliver and Cooper when they went through so much together already and seemed to resolve/ or at least negotiate all the possible differences between them and were able to keep their relationship moving forward and becoming a stronger couple.

I think the author did it in this book again, although I have to be honest I am hoping that this book will be the last book in the series. That is my wish as a reader – not me telling the author what to do, I just do not see what other obstacles these two will need to overcome on their way to the very earned happy ending. Although of course there is always a possibility to make the series to be strictly mysteries and keep Oliver and Park personal life on the background.

There really was not much conflict between the main characters in this book, but I did feel that there was some lovely tension between them mostly because both of them were being themselves, but also tried to be good partners to each other – both in their romantic life and their work life.

It was really sweet to see how Cooper appreciated that Oliver wanted to get married because it was important for Cooper first and foremost. As we know werewolves in this world do not really place much importance on the human institution of marriage and Oliver seemed to be no exception, but – everything for Cooper and Cooper seemed to tried his best to reciprocate. It was sweet and it felt real (emotions wise I mean).

Where work was concerned I always had some issues with the mysteries they investigated in the previous book. I did not feel that their past cases were just window dressing for their romance, I just thought sometimes the author made the solution almost impossible to guess and did not leave enough bread crumbs for the reader to go back when solution was revealed.

Here at first glance it felt almost too easy – I guessed one of the villains very soon after that person was introduced, but I was glad that it was not the end, I did not guess the second villain and neither did I guess the actual end game of the real villain.

Funny, because it was right in front of us. Very nicely done. I liked that Eli was the one who asked for help in the beginning of the book – again not the first time the cases had some kind of personal connection with both men, but I just found Eli to be a very appealing character and I am glad that he seemed better off at the end of the book than he was in the beginning. Somehow the author managed to pull every pieces on the chess board in a very nice ending – both personal and professional came together and honestly could not ask for the better ending for the series (if this is the ending). A-

→ Sirius
Previous article: REVIEW: The Obsession by Jesse Q Sutanto
Next Post: REVIEW: V is for Valentine by Jeannie Watt