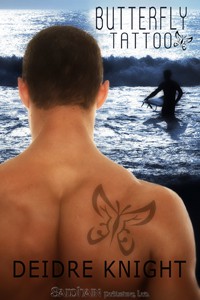 There are so many blocks against reading this book that I wonder you ever had the audacity to put pen to paper. The story is told from the first person present tense in alternating points of view.   It features a gay/bisexual/quasi-queer man who purportedly falls in love with a Hollywood actress.   I got to the end of chapter 1 and emailed your editor, Angela James, and said, what the hell have you sent me?

Her response was an inscrutable admonishment, “keep reading.”   And so I did.   I haven’t said word one to Angela about the book since she sent it.  The truth is that I really struggled to put into words how strongly I felt about the book.

Rebecca O’Neill was starring in a hit comedic primetime drama when a stalker flayed her face and her body scarring her dramatically and ending her promising acting career. She recovered and moved behind the scenes to development. Recovery, though, is a broad term. Rebecca still has panic attacks. She sometimes is scared by the slightest wrong movement at night. She hasn’t dated in three years, hasn’t been intimate since before the attack. Her body bears the history of her attack.

Yet Rebecca is strong in other ways. She can talk about her attack. She acknowledges her weakness. She is brave and each day moving forward is a triumph.

Michael Warner is struggling to get his feet under him and to meet the challenge of each new day after his partner of 12 years was killed in a drunk driving accident. Their daughter, Andie, has stopped calling him Daddy. The two are broken with Andie mostly silent and Michael inept at being a father by himself, consumed by the grief over Alex and self hatred at his inability to keep their family together.

Used to be I treasured putting Andrea to bed; it was something precious, and if Alex got home in time, we did it together. It always felt like the three of us had really formed a family then. Now I only want to close up shop at night. I can barely focus on her bedtime story anymore, much less enjoy reading it to her.
She knows it, too. She knows it, but I don’t think she even cares at this point. In fact, I’m pretty sure she’d rather live with anyone else but me.

One day, Andie comes to the set with Michael and is introduced to Rebecca and sees Rebecca’s scars. Andie feels an instantaneous connection for she, too, has a significant scar on her leg. A scar that stems from being in the same car accident that killed her Daddy, Alex.

Michael grabs onto this and invites Rebecca to their home. Andie’s interest in Rebecca provides cover for his own. He tells himself that he really isn’t flirting with Rebecca, that he isn’t being disloyal to Alex’s memory. But his attraction to Rebecca is strong and he’s the only one who really isn’t confused about it. After all, Alex was his only male partner and it was love that brought them together.

It is Michael’s capacity for love that allows one to overcome these barriers of gender-based sexuality. Michael isn’t defined by who he loves, but his ability to love.

"So you’re gay."
I feel the weight of Rebecca’s expectations, her disappointment about the vibe she must have detected between us.
"Well," I answer, drawing in a breath, "I was with a guy for a long time."
Rebecca shakes her head apologetically, the golden hair shimmering. "It was a stupid question."
"Not stupid," I whisper, turning toward her. "Actually, he’s the only guy I’ve ever been with. Only thing I can say for sure is that I was in love with him."

Michael feels bereft without Alex. Alex lived life as if he knew that he would die young, with a boundless self confidence, one that would allow him to pursue a straight man without pause. Michael learns through his love for Rebecca that the question of who he is can be answered by what is in his heart.

But the specter of Michael’s homosexuality hangs over Rebecca and feeds into her insecurity over her body image. It’s easy, she believes, for Michael to be with her because it’s not a true betrayal of Alex.   Michael can have both Alex in his life and Rebecca.   In the end, Rebecca has to trust in Michael’s love. He tells her, without words, that he’s in it for the long haul, no matter how long it takes her to believe in him.

So maybe I finally have added stalking to my list of failings because for the past seven days I’ve made a point of driving by Rebecca’s place. I just keep thinking that if she’s outside somehow, maybe going for a jog, that I can pull over and lay everything on the line. I could talk to her about Andrea’s party, find out if she plans to come.
In my mind, that party is my last real shot with her. If that moment passes us by, she’ll be like a sundial with me the shadow. Our point of intersection will pass like a lengthening shadow-‘permanently.
But the drive-bys don’t yield any reward, so I’m forced to do what I’m so very terrible at: be patient. I have to let her come to me on her terms now -.
I sank down in that booth and decided I could man up on her account, become stronger and more resilient than I’d acted since we broke up. I could do the army drill and dig into the trenches for the very long haul.

The relationship between Andie and Michael is beautiful and painful. Rebecca looks at a picture of Andie, Michael and Alex:

What I instantly recall is their family portrait, the one hanging in the hallway. A dreamy photograph of the three of them, sitting together in that sun-drenched backyard, bathed in a diaphanous halo of light. Alex so alive and vital, like he might step out of the picture and talk right to me. Shock of deep auburn hair, broad grin, freckled face. Natural good looks. A good man, obviously. And then the man beside him, too. Strong and handsome, years younger than the one I’ve met in the past few days. Unlike my Michael Warner, that one’s not weary and weathered; the whole world still bows at his feet.
Then precious Andrea curled in front of them on the grass. Still a little girl, though that would soon change, because the Andrea in the portrait is as gone as Alex. And Michael. None of those three live on anymore. There are only ghosts, shades of what might have been.

There were a couple of oddities. Particularly early on, I felt that the prose was given to hyperbole at times because I wasn’t emotionally invested in the first few chapters to buy the extremity of emotion that was attempting to be conveyed.

I also wondered about the fact that Rebecca always refers to her attacker by his first name, Ben, not his last name or something more impersonal.

It’s about chapter three   that I am totally swept into the story. I found I couldn’t put it down; that I was choking back tears at nearly every section to the point I felt like I was on some medieval torture rack; and when Andie and Michael find catharsis to glue their little family back together, there are simply too many holes to stop and the dam holding back the emotion breaks down.

I’ve thought a lot about this book since I read the last chapter. I felt like I knew these people who live out in Southern California. They were as real to me as my neighbors and I knew them more intimately than some of my closest friends. My throat even feels a little tight as I write out this review because I keep recycling some of the lines and moments of the story in my head.

This is a story that helps define what romance is. It’s all about the love and to some extent brings up  PhÃ¨dre’s motto in Jacqueline Carey’s Kushiel series “Love as thou wilt.”   It’s the edict of Alex in this story and one that he taught Michael. It is Alex’s greatest legacy.

Let me state the obvious.   I’m a fairly traditional romance reader.   I’m not adventurous like Jayne.   It’s hard for me to move outside my comfort zone .   But this is a rare and different gem.   It is a story I’ll treasure and remember. I hope that even if it does not net you significant financial rewards that you’ll keep writing these stories. There is an audience for it. I know there is.   A-

This book can be purchased in ebook format from Samhain Publishing on April 21, 2009.