In lieu of one author providing discursive opinions about books, I’ve asked all authors interested to submit reviews of books that get very little attention but that they liked very much. In issuing the invitation, I’ve asked the authors to review books authored by people they have no real contact with – they aren’t in the same RWA chapter or they aren’t critique partners. I hope that this is one way we can bring an authorial reviewer voice to Dear Author without the conflicts.  So if you are an author, editor, publicist, etc. and there is a book you think deserves more attention, send me a review! 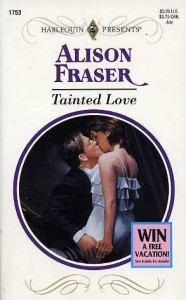 A book appeared on my Kindle one day. I have no memory of one-clicking it and the cover doesn’t do much for me. But I peeked inside and I’m so glad I did, because right on the first page, I was captivated. The voice was compulsively readable and the heroine’s situation compelling.

These are the first lines…

It was summer when Clare was released, but it might as well have been winter. The sun did not touch her. Nothing did. They’d called her cold-hearted and she’d become so.

Basically, she’s taking “down on her luck” to a whole new level.

But things get worse, immediately. Of course they do. The gate doesn’t open, and it takes her ten minutes (while she’s going to be late) to untie the string. There’s another string across the walkway, but she managed to catch that one before she falls on her face. And when she gets to the door, the knocker comes off in her hand. Pranks, by a kid who clearly doesn’t want her there. This part reminded me of Sound of Music, if instead of an overoptimistic nun, Julie Andrews were a deadpanning ex-convict.

Our hero, Fen, is a professor and a single dad. He has no desire to hire this woman and only agreed to the interview as a favor to his sister. The setup pitch was perfect because I was already rooting for Clare, in a matter of pages, wishing she could catch a break. And meanwhile, I could sympathize with Fen not wanting an ex-con for a housekeeper when she also needs to look after his son, who’s already a handful.

Fen and Clare clash right away. Clare tries to leave, but Fen insists on an interview, which is awkward and lovely and elevated by how self-aware they both are.

“Is there any point, Mr. Marchand? You’ve made your opinions clear enough. You won’t employ an ex-con and who’s to blame you? If it makes you feel any better, I wouldn’t employ me either,” she admitted with dark humor.

Surprisingly it drew a smile from the man. “You’re honest, at any rate.”

“That’s not what the judge thought,” Claire said in the same flippant vein, showing the hardness that had got her through three years in prison.

The saving grace is the child, who is trying so hard to repel her while clearly desperate for someone to understand him. The troublemaker is also what brings them together, because only due to his urging does a reluctant Fen agrees to a one month trial for Clare.

What I really love about this book is the way it tackles taboo subjects head on. The ex-con heroine wasn’t exactly innocent. The hero wants his housekeeper, sexually, and doesn’t give a flip about the power differential. She is cold and he is cruel—at least they’re that way some of the time. There were ways these issues could have been made more palatable, but I loved the rawness of them, the realness of their mistakes.

“I have no plans to play Mr Rochester to your Jane.”

It was Clare’s turn to raise a brow. Did he think her so stupid that she mistook sex for romance?

In another book of hers I read, The Price of Desire, this author also tackled taboos, both an age differential and a love triangle with brothers. In Bride Required, which I haven’t read yet, I understand from the reviews that the heroine is on the street begging when the hero offers her a marriage of convenience. Another book that isn’t digitized yet, Running Wild, has a professor and a student. She’s not afraid to go there, is what I’m saying.

One Goodreads reviewer compared The Price of Desire to the Lisa Kleypas’ contemporaries, and I could see the correlation, both between the voice, the risks, and the wide purview of the stories. They read like longer books.

I do have to give one warning. Slut shaming is something that often bothers me enough to DNF a book, and while that was present here, I didn’t stop reading. Maybe partly because I was enjoying the book so damn much. But also, it seemed as if the narrative was frowning on the slut shaming, if perhaps not condemning it entirely.

In fact, there is one part where the hero is way out of line with that, and he makes it a point to return after and say, sincerely, that whatever she does is her own business and he has no right to question or judge. I felt like this was a statement by both him and the book that these things aren’t okay. I liked that, as well as her response, which was basically that he should mind his own business!

She is aggressively defensive. He is infuriatingly offensive. But despite the hard fronts they both put up, there’s an undercurrent of empathy for the other’s situation that renders them both likeable and vulnerable. I was rooting for them the entire way through.

There is a nuance to the dialogue and their interactions which makes this book so rich and so enjoyable. Their intimate moments have a forced seduction vibe, but ironically, from both parties. They don’t want to be attracted to each other, but they are.

Awake, he was handsome. In sleep, he was beautiful, hardness gone. She looked at him with all the love in her heart, then, killing such weakness, rose from the bed.

After I finished the book, I tweeted that this book was like Sound of Music meets Patricia Gaffney’s To Have and To Hold in category format. For me, this was the story of two imperfect people with lots of angst. Which is my favorite kind of story, really, so I really enjoyed the book. The only part I did not enjoy was the book hangover I got after staying up until 3 am to finish reading .

Amber Lin writes edgy romance with damaged hearts, redemptive love, and a steamy ever after. RT Book Reviews called her debut novel GIVING IT UP “truly extraordinary.” Her upcoming releases include a historical holiday novella with Entangled and the sexy small town romance CHANCE OF RAIN with Carina Press. Find out more on her website.

Previous article: REVIEW: Agamemnon Frost and the Hollow Ships by Kim Knox
Next Post: It’s a mobile multi function world; what happens to the eink device?