A lot of bad things happened to Beverly last year. Now she’s living a life without friends. It’s a lot easier that way.

Then Derek comes into her life, just by chance. Bit by bit, Beverly opens up to Derek and begins to trust him. She can tell him anything. Or almost anything.

There’s just last year standing between Beverly and Derek – the one thing he said he couldn’t forgive. Maybe it will ruin everything if she talks about it.

And maybe it will ruin everything if she doesn’t.

Every time I try to write about Ellen Emerson White’s Live Without Friends, I feel as if I’m drifting between an Elizabeth Barrett Browning sonnet and one of my daughter’s old bedtime stories (Rossetti-Shustak’s I Love You Through and Through). Derek, how do I love thee, let me count the ways. I love your  jeans jacket and your Red Sox cap, I love your gentle side, your cocky side, I love your nerves when you’re trying to be James Dean cool. I love your jokes about ducks and the crick in your neck from falling asleep on the steps, and your happy smile, and the way your run gets a little clumsy when your “girl”  comes to watch your baseball game. I love your patience, and the way you pet puppies, and the flex in your muscles when you’re trying to get that cute, nerdy girl on the bench to notice you. I admit it, I have it bad: I think I even love the way you say “yo” and “like”. Yes, Derek, I love you through and through. 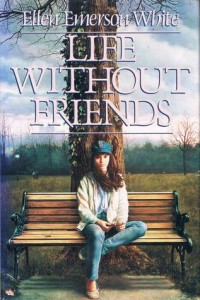 It is, in fact, perhaps, just a tad excessive that as a grown woman in Boston for a major academic conference, I ducked out of sessions so that I could go see where Derek and Beverly met in the Public Gardens and find the paddle boats for myself. Heartbreak Hill, Old North Church, the Granary Burying Ground . . . and Derek and Bev.

Because I love Beverly, too. She’s the smart, uptight, alienated teenage girl whose difficult past helps serve as a catharsis for our own sense of not-belonging as a teenager, our own sense of not being good enough or being judged, an embodiment of our classic rite of passage struggles to find our way into society. In YA, of course, these struggles almost always seem to need an event, a past, that dramatizes them, just because literature sometimes needs crutches and excuses to reach at that fragile teenage spot inside of us. As if, without the excuses, everyone will just shrug and say, “Well, get over yourself. I had to.” But while the YA heroine who struggles with issues may represent some of us who really had those issues, for most of us her excuses simply allow our empathy—for her, and through her for ourselves and other people. We may not have had a mother who committed suicide or a boyfriend who murdered two people and beat the crap out of us in the meantime, we may not be internalizing guilt about those things, but her shame and self-loathing and struggles to regain a right to live in her society are ones with which we can identify nevertheless. That’s why rites of passage stories are so powerful.

She’s the us who gets to have Derek, the cute, adorable guy who puts his jeans jacket around us when we’re cold and keeps getting us milkshakes because we’re not eating enough. (Ellen Emerson White’s heroines have chronic intense stomach/eating issues. An ulcer in this case. This and uptight, repressed families with high IQs and almost non-existent EQs—incapable of expressing emotion without significant therapy—are her thing. What I would call her story. It works particularly well in this book when the hero is so patiently and adorably reaching through those barriers of the heroine’s and thus, on both a symbolic and real level, integrating her into life, love, and society.)

A serendipitous conjunction of Jane’s request about doing a guest author review, Kati’s post on comfort reading, and some Twitter conversations with Angie who, it turns out, loves Derek as much as I do, got me re-reading Life Without Friends again for the first time in a few years. And as soon as I was done with the first read, I thought: Ha, I’m reviewing this book, so I get to re-read it right over again. And then, after the second time, well, let’s be thorough and go back through the favorite parts one more time. But there are so many favorite parts that I basically had to re-read the whole book yet again—three times in a weekend.

To me, it is a quintessential comfort read, not only for Derek, but for Beverly, who, for all her sarcasm and hang-ups (or, really, because of them), is an utterly relatable and likeable heroine. I said to Angie on Twitter that this book is the standard, to me, of what YA/NA books could be. It is definitely Ellen Emerson White’s best work. Scenes between Beverly and her family, Beverly and her psychiatrist, and Beverly and Derek are interwoven with such a perfect balance as she comes to terms with what has happened and opens up again, thanks primarily to three people: her stepmother, her psychiatrist, and, of course, Derek. The dialogue is sarcastic, funny, insightful. And I’m always intrigued by a certain spare quality to Ellen Emerson White’s writing. In other books, she often has characters read Hemingway as a shorthand for their intelligence. Despite my impatience with this literary self-consciousness*, I do think we can see her own liking of Hemingway in what can often be the simplicity of her writing. A marshmallow doesn’t swell up in Bev’s throat (as I might say); no, her throat just tightens, or closes. And that’s enough. Reading Ellen Emerson White is a reminder to me of the power of simplicity.

It is, in its way, a very simple story. One I finish every time with a happy smile.

And a sigh because it’s over, wishing for a bit more Derek.

You might say I had to start writing books in the first place because I wanted more Derek.

[*I am impatient because I’ve personally not only read but studied at a graduate level a very broad spectrum of literary classics in four major languages. A colleague here has an international reputation for her work with neuroscience and story, so I’ve gleaned a thing or two from those “neuroscience and the humanities” talks, and I would love to see an MRI throwdown on reading Hemingway versus, say, Laura Kinsale. Without in the least trying to dismiss Hemingway’s quality, my bet for brain activity is on Laura Kinsale. This is not me being flippantly, knee-jerk defensive of romance. Brain activity seems to be based on factors such as reader engagement with/enjoyment of the story as well as coming across new ways of evoking things—an unexpected turn of phrase that captures an emotional reaction or makes us think, for example. So imagining the MRI match-up between Old Man and the Sea and For My Lady’s Heart makes me grin every time.] 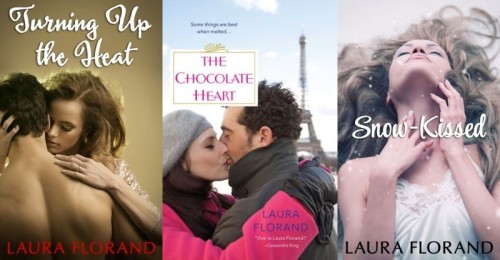 Previous article: REVIEW: Unbound by Cara McKenna
Next Post: REVIEW: Run to You by Rachel Gibson