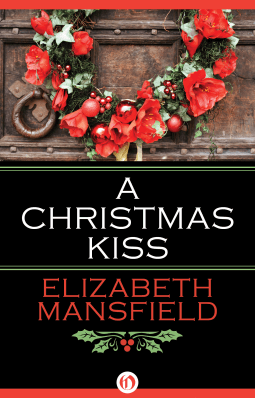 During the holiday season, a governess loses her heart to an earl with no intention of marrying again, in this Cinderella story set in Regency England.

After defending her virtue by striking the besotted son of her employer, Miss Evalyn Pennington is discharged from her position under a cloud of scandal. With no place to go and no prospects for the coming year, the impoverished governess accepts an invitation from Jamie Everard, heir to an earldom, to spend the holidays at his family’s estate. But Evalyn has barely settled in at Gyllford Manor when she catches the eye of Philip Everard, the fourth Earl of Gyllford—and Jamie’s father.

After his wife died, Philip vowed to never marry again, despite his sister’s best efforts to reintroduce him to London society. Then, his son brings a guest home for Christmas. Is the lovely, intelligent Evalyn the woman to make his footloose son settle down at last? But why does Jamie treat Evalyn in such a cavalier manner? And what is Philip to do about the reigning beauty of London who has set her cap for him—and is about to set in motion a scheme that will have far-reaching consequences for them all?

A witty and warm tale about morals, mores, marriage, and mistaken intentions, this classic Regency holiday romance introduces a woman who refuses to surrender her ideals, and a man in danger of losing the one thing he swore never again to give: his heart.

Three crack-brained young bachelors – one of whom is infatuated with calf love – plus one very pretty and graceful governess plus one highly suspicious mama who thinks said governess has set her cap for the beloved but pimply, young and scrawny son of the family = disaster. Luckily for Miss Pennington, two of the young rapscallions have a sense of honor and responsibility for the mess that’s been created and are determined to see her right.

Meanwhile, the widowed father of one of the above young idiots is escorting his widowed sister through a month of the London Season, all the while secretly wishing to be at home penning his slightly progressive third book on politics. Unbeknownst to him, the “diamond of the first water” of the past few Seasons has long coveted a marriage offer from him, even if her motives spring mainly from pique and disgruntlement that he has so far avoided her efforts. He and his sister are startled to receive his scamp son’s request to allow him to bring a young lady to the Christmas celebrations but are more than willing to allow it.

Meanwhile, the young lady in question – and she has birth and breeding enough to never have been quite accepted by servants as one of their own – has been turned off by the suspicious mama much to Evalyn’s silent chagrin and amusement. Well, she might have laughed if she hadn’t been dismissed without a character. But as the daughter of a staunch military man who became a widower shortly after his daughter’s birth and was thus raised without the care of a tender mother, Evalyn doesn’t allow herself to indulge in tears or self-pity. What she does finally yield to is the overwhelming enthusiasm of the two young men to see her to a new position via a two week family Christmas holiday so Jamie’s aunt can make Evalyn’s acquaintance and in good conscience give her a recommendation. Two weeks being treated with civility and kindness instead of begging for living space with an unknown relation before attempting to find a new position? Evalyn finds she can’t refuse.

And then Evalyn’s arrival at Gyllford Manor is complicated by a total failure between Jamie’s father and himself to clearly communicate. Each is sure the other knows to what he is referring even if they are both completely wrong about it. The subtle humor of the mixed up situation is hilarious. I also enjoyed the understated yet affectionate relationship shared by father and son. Jamie is beginning to wonder if his father is a “radical thinker” given his tolerance of Jamie bringing an acknowledged governess for the holidays. Of course his father Philip is under the impression that Evalyn has been brought as his son’s fiancée and soon to be bride. He might have a mistaken idea for her presence in his house but Philip is already impressed with the young woman he describes to his sister as “redoubtable.”

The little misunderstandings which added humor to the story now begin to shift as deeper feelings are emerging and the characters are constrained or hindered by what they think they know. People unwittingly hurt themselves and others as they act under what they imagine is the truth. When everyone is finally on the same page, all the misunderstandings are corrected and the problems are fixed. Philip has a long slog – literally through the snow drifts – to find and win the woman who has captured his heart but I found it touching that he’s a little unsure of himself and that things initially didn’t just flow into the rosy dream sequence he fondly imagined would happen. Seeing Evalyn enveloped in love and happiness made me sigh with contentment. These two are ideally suited and deserve their HEA.

A lot of buying into the events in the book will require believing in Philip’s and Clarissa’s actions and attitudes. Since they are brother and sister and Clarissa has kept house for Philip since she was widowed years before, it does make sense that they might have similar beliefs and those are more sympathy for the working classes than might be expected from aristocrats. Philip’s bona fides are established early when it is revealed that he is writing his third book on politics, then during a discussion among the house party members he espouses the feeling that the working class will eventually gain more power. What helps me accept his actions and attitudes as real and not just 21st century feelings transposed for “feel good” is that he isn’t all touchy feely with his servants and that some of the other members of the house party are staunchly “status quo” rather than all being enlightened crusaders for the working class.

Another nice thing is the amount of face time for the staff. Servants are so often in the background in historical romances so it’s nice to see them so prominent here but in a believable way. Their actions seem historically “period” as are their worries and concerns. Two are in love and desperately working out how to afford to be married, one worries about being accused when jewelry goes missing and Evalyn’s maid is thrilled to have a room of her own for the first time in her life. These are little things for an aristocrat but major issues for a servant. They also work out solutions on their own rather than just reacting to what the Quality tell them to do. The irascible but observant older man who gives Philip some good advice and help is a gem too.

Usually Big Mis stories annoy me because inevitably something just seems silly. Here it’s little things which can be taken two ways and eventually snowball into the tangle which has everyone seeing things in different ways. I also enjoyed that the resolution of the romance didn’t go exactly smoothly either. Given how the situation started, the way it ended felt more realistic. This is another Mansfield winner for me. A