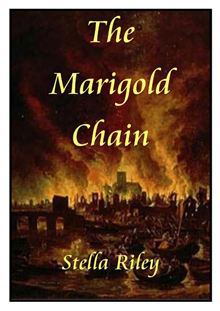 It is 1666 – the year when people who take prophecy seriously believe that the world is going to end.

For Chloe Herveaux – twenty years old, half-French and practical – marriage to wild, unpredictable Alex Deveril offers escape from a home she hates. For Alex, it is a refuge of a different kind. But while the marriage remains in name only and both, for reasons of their own, agree to seek an annulment, other forces are gathering.

England is once again at war with the Dutch and Prince Rupert, now commanding the Royal Navy, suspects that sabotage is at work within the fleet. Instructed to find the arch-traitor, Alex enters a dark labyrinth of intrigue – where no life is safe and nothing is what it seems.

Chloe, meanwhile, navigates the malice and scandal of Charles 11’s licentious Court and plots a course of her own aimed at financial independence. But as the surprising facets of Mr Deveril’s personality are gradually revealed to her, the long-awaited annulment becomes a double-edged sword.

Absorbed in his search for a traitor, Alex spares little thought for his bride – until a hot June night on the Falcon Stairs when he and Chloe stand united by tragedy.

As the flames of the Great Fire sweep over London, Alex and Chloe face their ultimate test. Their world is at risk … their choices may save it.

Yonks ago, someone once mentioned this book though I can’t recall now if it was a review site – probably – or a personal recommendation. Anyway, since this was the Dark Ages before ebooks and reissues, when I went hunting it at online used book stores I did find it – for prices that made me gasp. Reluctantly, I put thoughts of it out of my head because of things like mortgage payments and car payments that I owed. Imagine my delight when I realized that you had recently begun offering your books at Smashwords and Amazon. I’ve been buying them all up and when the mood hit me for a historical that’s different from the common Regency and I realized I had the time, I cued it up.

First let’s mention some things about the book which might be deal breakers or merely just “hmmm’s” for anyone interested in reading it. It’s definitely historical fiction with romance and not a historical romance. The plot often diverts to issues other than the relationship of Alex and Chloe and sometimes to scenes that don’t even feature one or the other of them. Alex is an angst bunny who like most Royalists suffered during the royal exile and things have conspired that he still smarts from a grossly unfair turn of events afterwards. Given that this era has taken a backseat to the Regency as far as book settings in the past 20+ years, the historical characters and events won’t be as readily known to, especially I dare say US, readers.

Let me say that again because I think it’s important. I would think that, at least for non-British readers, a quick check up on Who’s Who in Restoration England and the woes of the 17th century British Navy might help or else readers run the risk of being completely at sea – no pun intended – and frustrated.

It takes a little while for the book to get going due to the number of characters in the opening scene to keep straight which gave me the feeling that I’m already behind in trying to understand the even deeper waters flowing through these characters’ past relationships. It’s like suddenly being tossed 7 balls and having to immediately start juggling like mad. Yet on the other hand, I appreciate not being written down to with a baggage cart of long introductions. Contradict myself much?, yes I’m aware.

But once I got the rhythm going I was mostly okay. The evening out scene which leads to an after dinner gaming session was initially slow going as even more characters got dragged in – do I need to know or keep up with them, I worried? Nope, not for a few of them. But then the reason for the scene becomes apparent and I was lost in admiration for a heroine I had thought might be a milksop ninny. Instead Chloe is a tower of strength and not about to kowtow to anyone. Things took a dramatic turn for the better.

But does everyone have to fall for Chloe? She effortlessly slips into being “one of the boys” who all seem to adore her – well, Alex shows no signs yet but it’s early days and we know he will. Or if she’s not adored then there’s a jealous cow at court making snide, possessive comments over Alex or a weevily cousin trying to use her or a King admiring her or a Prince amused by her. I get it – Everybody Loves Chloe.

Still if there were ever a list of heroines who deserve it, Chloe’s probably on that list. She’s intelligent, got a wry sense of humor, genuinely cares for people, is intelligent, is smart, is nice to animals and can make shrewd, snap decisions when the pressure is on. She also can stand up to and face down Alex at his worst.

When Alex is bad, he’s very, very bad but when Alex is good, he’s the sort of hero most Old Skool romance readers will delight in watching fall under the forever spell of his heroine. He’s the devil with a blade and can quote the Classics extensively even as he’s mock fighting on horseback. Or fighting for real when the chips are down and it truly counts. He’s also sometimes too smart for his own good and ends getting hoist in his petard for his eight months of faults towards Chloe whom of course he doesn’t realize he loves forever until it’s almost too late. I will admit to some joy when he makes a hash of trying to be honest about his feelings if only because this is the first time it truly matters and he’s floundering in a sea of emotion.

Chloe proves herself to me in making him work for it and yet knowing him well enough to realize what will be needed for them both to acknowledge and believe in their HEA. It also amuses their King which is never a bad thing. A-

Christopher Marlowe – O, thou art fairer than the evening air clad in the beauty of a thousand stars.

→ Jayne
Previous article: Wednesday News: Three posts about the future of books and one honoring an American artist and activist
Next Post: What Janine is Reading: Sarina Bowen Edition