Albert Sterne, forensics expert with the FBI, is so obnoxious on the surface that no-one bothers digging deeper. When he’s sent to Colorado to investigate what turns out to be the work of a serial killer he encounters Special Agent Fletcher Ash and they end up reluctantly joining forces to unravel the case. It’s only a matter of duty, though; it can’t be more, because Albert doesn’t do friendship – and he certainly doesn’t do love. 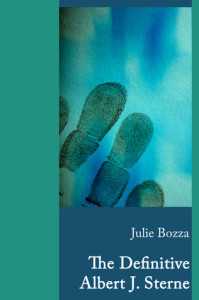 This is a difficult book for me to categorize. Despite our heroes trying to catch the killer for the most part of the book, I do not think this book is a mystery. We learn the name of the killer several chapters after the book begins, so even though our guys learn his name much later, it is not a surprise for the readers. I guess I would call the book a police procedural or FBI procedural with romance mixed in but not dominating the story.

There is a reason why the killer is revealed to us early – the author gives us several chapters in the book through killer’s eyes. Note that these chapters are NOT for the faint of heart. When I was rereading this book for review I wanted to get through these chapters as soon as possible and was skimming some of them. There are probably five or six chapters in the book through the killer’s eyes – it is vital and necessary to the story – but I could have done without them, even though it is not that much for a book which has 35 chapters and an epilogue. I thought that one of the themes in the book was to try and understand the killer as much as humanly possible, but I am in general not a fan of figuring how and why monster’s mind works, and the sadistic murders just made me sick. I read and reread this book for Albert Sterne and Fletcher Ash, for their characters and their stories. Their friendship and romance are intertwined with trying to catch the killer, so I had to endure him.

Albert Sterne is without any doubt one of the most memorable characters I have ever “met” in the genre of mm romance or in any genre, really. I have to admit though, that when I started the book I expected to meet somebody more unpleasant than Albert ultimately turned out to be. Oh, do not get me wrong, Albert is plenty rude and very blunt, but first of all, he delivers his insults with such wit that I laughed every time it happened, and second his actions to me spoke much more loudly than his words.

I find it amusing that in real life I like people to be polite when they are talking to me and try to be polite myself, but I adore snarky characters in fiction so very much. And even in real life, when a person is blunt to the point of being insulting, if I feel that the person’s heart is in the right place, I will still respect that person.

Albert is a forensic pathologist with FBI and he is brilliant in what he does, but not many people like him, because this is how Albert talks to people:

“Dismissed!” And, as Albert reached the door, Jefferson muttered with what sounded like genuine regret, “If we were at war, I could have you shot for insubordination.

Albert snorted. “If I had the time to contradict everything in that rather absurd statement, I’m sure we’d both benefit. But I have a plane to catch”.

“Albert caught the tail end of the shared smile, and groaned. “McIntyre, you’re wasting my time asking me to be polite, for the sake of an infatuation with the doctor?” They had reached the prep room, where Albert and Celia began cleaning up. Albert pulled on a lab coat over his suit. “You must be trying to prove something trite like opposites attract”.

When Albert and Fletcher meet in the course of the investigation that will occupy them for years to come, they are not magically attracted towards each other but they are slowly but surely become friends. Fletcher sees beyond Albert’s walls, partially because Fletcher is portrayed as someone who can often read people very well, but I think it is also because he likes Albert and wants to know a complex person behind the façade. Their building relationship was fascinating for me to read about. Every time I thought I figured out their reactions towards each other and the reasons why they reacted that way, both men managed to surprise me.

Albert is a person who likes being in control of his life, so when he realizes that he is in love with the Fletcher, he wonders whether Fletcher is suitable for his love. Albert is a scientist and has built up some walls around his emotions, so of course it made sense to me that he would apply logic and reason to him falling in love.

“But beyond that, what sense did it make for Albert to love a man who seemed to lack qualities, such as self-control, that Albert particularly valued?”

I expected Albert’s character to develop so that he would learn to value his emotions more, to open up, etc. But the only obvious changes that happened in Albert were that he tried to accommodate Fletcher a little bit more and be there for him in a way that mattered. But whether those were personality changes or he just let his walls down a little bit, I am not sure. In any event, whatever happened worked perfectly for me.

I was also surprised at Fletcher’s reasoning for attempting to take the relationship with Albert from the friendship they shared to a new level. The more the story progressed, the more I wondered several times whether for all his intelligence and being able to read people correctly, Fletcher was lying to himself. I actually ended up thinking that the answer was not that simple. Fletcher could manipulate people very well, but he was also not always honest with himself when analyzing his actions.

I was so happy to see that even when I as a reader could see clearly that these men could not live without each other, Albert does not become a fluffy bunny that was really nice and polite to Fletcher. Oh I thought he was there for Fletcher every time he needed Albert, but the verbal expression of that love was so very Albert every single time. I loved it. I loved that Albert would call Fletcher on his manipulations and self –pity but would still stay.

As Fletcher says at some point in the book:

I also want to note that I do not know how authentic is the description of forensics pathology, FBI procedure and other technical stuff in the book. I felt that the story reflected great deal of research, but I do not know. I believed in it and I thought it was written in a very entertaining way, I was very happy that people who investigate murder were actually shown to do a great deal of actual investigating, but I am not an expert, so check it out and judge for yourself.

I recommend this book very highly, especially if you love snarky, complex heroes and if detailed descriptions of murder with torture do not scare you. A-