Your third historical romance, book one in your Lively St. Lemeston series, begins in October of 1812, with a knock on Phoebe Sparks’ door. Phoebe, an author of Improving Tales for Young People, is contemplating what fate to inflict on the protagonist of her current story, who gives birth to an out of wedlock child in a ditch, when the knock interrupts her. 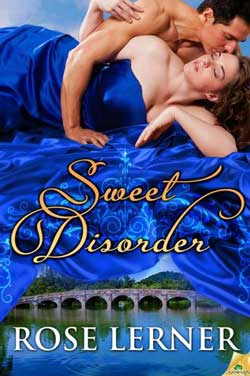 Phoebe is a widow. Her husband, a newspaper editor and printer, was a Whig. But Will died two years earlier and Mr. Gilchrist is sure he can persuade Phoebe to marry again. When he insists he knows her taste in men, Phoebe all but shoves him out the door. After a bad marriage and a heartbreaking miscarriage, she has no interest in remarrying, especially not for the sake of an election, and even if she were, her sentiments are on the side of the Whigs and not the Tories.

Meanwhile in London Nick Dymond, the middle son of an earl, is in bed when his mother, Lady Tassell, descends on him and demands that he too involve himself in the matter of Phoebe’s marital status. Nick’s younger brother Tony, a Whig, is running for the same seat Gilchrist wants for the Tories, and since Lady Tassell is campaigning on behalf his older brother’s Stephen’s behalf – yes, this is a political family – she expects Nick to help Tony win the Lively St. Lemeston district seat for the Whigs.

As it happens, Nick is the only member of his family who doesn’t give two flying figs for politics. He hates that the good of the party has been put ahead of the good of family members, and that his mother is always sure she knows what’s best for him.

But even more than that, Nick hates that his mother winces when she looks at him. Nick served as an officer in Wellington’s army and took a bullet in the leg at the battle of Badajoz. His leg was broken and healed weak and now Nick walks with a limp. And he can’t stand the way people – family members especially—have looked at him ever since.

So Nick makes a bet with his mother. He will get Phoebe to marry the Whig baker whom Lady Tassell has picked out for her, and if he is successful, Lady Tassell will never wince when she looks at him again. After an all-too-brief moment of empathy with her son, Lady Tassell agrees.

Of course, Phoebe still has no interest in marrying, but when Nick offers to help her with the laundry, she takes him up on his offer. An attraction develops as Nick continues his campaign for the vote to which Phoebe holds the key, but it’s not as though it would be appropriate for Nick and Phoebe to marry, or even indulge in an affair, when their stations in life are different and he is trying to get her to marry someone else.

To Phoebe her decision to meet Nick again is nothing more than a reason to leave the house after years of staying cooped up inside. And then—disaster. Phoebe’s sixteen year old sister Helen is cast out of her home by their mother. Helen is pregnant, but the father of her child refuses to marry her.

To save Helen’s good name and spare her suffering, Phoebe would do anything. Even marry a man she doesn’t love and has little hope of loving. Even struggle to suppress her growing attraction to Nick.

Since her miscarriage and the death of her husband, Phoebe has felt dead inside, but as she opens up to Nick about the conundrum she faces, something inside her begins to stir.

Nick too begins to come out of his depression and sense of loss at being unable to fight alongside his men. He sees that Phoebe and Mr. Moon, the baker, are all wrong for each other, even though to save his bakery, Mr. Moon desperately needs the money Nick’s mother has promised him in exchange for his marriage to Phoebe and his vote.

Both Phoebe and Nick are used to putting others’ needs ahead of their own desires. With family members and the outcome of the election depending on them doing just that, will Phoebe and Nick learn to shut out the clamor and listen to – as well as follow—their hearts?

I thought of some of my favorite historical romance authors as I read this book – authors like Courtney Milan, Judith Ivory, and Cecilia Grant – because of the good writing, the realness of the characters, and their psychological depth as well.

Nick and Phoebe are richly drawn, wonderfully complex characters with messy emotions that include hopes, fears, dreams and understandable resentments. Nick for example, can’t stand that he since his injury, he has had no control over the way others see him. Phoebe couldn’t wait to escape her critical, perennially dissatisfied mother by marrying Will, but feels guilty for having left her sister alone under their mother’s thumb.

Their attraction is almost a magical thing in that it gives them a new sense of power, not just the power of being attractive to someone you desire, but the power to recognize and express your own desires.

The ideas the novel communicates are at ones simple and complex. Here for example, is an excerpt from a scene in Nick’s viewpoint in which Phoebe confides in him about her sister’s pregnancy and her consequent need to sacrifice her freedom to salvage her sister’s reputation.

She drew in a deep breath and steadied like a raw recruit given a few encouraging words and a clap on the back. “I believe in my sister.”

He was going to win his bet with his mother. He looked away. “Talk to your sister. She’s apologizing because when she looks at you, she sees her guilt that she’s forcing you into marriage. And when you look at her, you see your father’s disappointment. I don’t care whether he would have been disappointed. He would have been wrong.” He couldn’t turn his gaze back to Mrs. Sparks’s face. When he looked at her, he was supposed to see his chance to show his mother the truth of himself. He wasn’t supposed to see her.

The writing in Sweet Disorder is thoughtful and fresh, with a subtle sense of humor woven throughout. The novel takes its title from the poem “Delight in Disorder” by the 17th century poet Robert Herrick. The poem closes with these two couplets: “A careless shoe-string, in whose tie / I see a wild civility; / Do more bewitch me than when art / Is too precise in every part.”

Nick quotes these two couplets during one of the sex scenes, but they serve as more than a charming, seductive line. They also function as a metaphor for Phoebe and Nick’s relationship, and for the book itself: a bewitching, disorderly whole.

As I try to think of what the flaws in this novel might be, I can’t think of many. I don’t enjoy mental lusting in books, although here it’s written with some freshness and there’s a later payoff for it during the earthy, original and character-specific sex scenes in the novel’s last third.

Perhaps too many of the novel’s characters have critical, disapproving or manipulative parents, but this is contrasted by Phoebe’s lovely (if deceased) father, and also ties into the theme of being true to oneself and one’s own needs, rather than to the expectations and needs of others.

A final flaw I can think of is that the epilogue mentions the possibility of reconciliation with a family member I think Nick and Phoebe might be better off keeping at arm’s length.

Other than that I love this book. I love that Phoebe is an ordinary, middle class woman. I love that she is heavy. I love that Nick is not an heir, nor does he ever become the heir. I loved that his limp pains him and that he finds some workarounds for dealing with it, but it is never miraculously cured.

I loved that Nick and Phoebe bring disorder into the other’s life. They agitate, distract, and fluster each other in the best of ways. The chaos their relationship creates extends from within them to without, and to others. If Phoebe allows herself to fall for Nick, she may endanger her sister’s happiness, and that of Mr. Moon, the anxious baker whose desserts are works of art and whose shop is part of the heart of Phoebe’s town. If Nick allows himself to express his desire for Phoebe, what will happen to the election and to his relationships with his family members?

The novel immerses its readers in the life of the Lively St. Lemeston community, and I loved the minor and secondary characters too. There are more of them than I can mention here, but each person is real, and each is both ordinary and extraordinary. Even the villains, such as they are, are human and unhappy. And all the characters are tied to others, entangled in their community, knit together – if one thread is pulled, everything can unravel.

Is there room for honest desires, then? The book answers with a resounding yes. Phoebe and Nick’s muddle is resolved not through order and obedience, but through the disorder made up of their messy emotions and rebellious epiphanies.

It wasn’t his leg that kept him from feeling like a whole man, he realized. It was something far deeper, a lack within himself. He had never wanted anything with such a bone-deep conviction. Sometimes, it seemed, he could go all day without wanting anything at all.

Like the poet Robert Herrick, I am bewitched. A-.