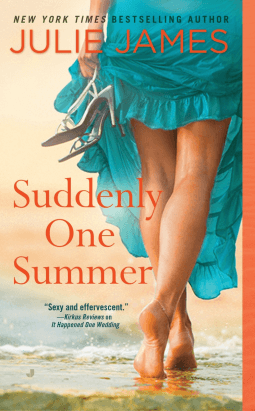 Divorce lawyer Victoria Slade has seen enough unhappy endings to swear off marriage forever. That doesn’t mean she’s opposed to casual dating—just not with her cocky new neighbor, who is as gorgeous and tempting as he is off-limits. But once she agrees to take on his sister’s case, she’s as determined to win as ever—even if that means teaming up with Ford….

Investigative journalist Ford Dixon is bent on finding the man who got his sister pregnant and left her high and dry. He’s willing to partner with Victoria, despite the fact that the beautiful brunette gets under his skin like no other woman. He might not be looking to settle down, but there’s no denying the scorching attraction between them. Still, the more time he spends with Victoria, the more he realizes that the one woman as skeptical about love as he is might be the only woman he could really fall for…

Of course when I saw this book listed at netgalley I had to get it. For a brief moment I toyed with the idea of stepping back and letting another DA reviewer handle it but then thought twice and said, “Nah, ain’t happening.” I had a great time reading about two “it’s just casual sex” people find the one person to make them risk forever. The one “who’s worth facing your deepest fears for.”

Oh, I guess I need a longer review than that.

Though heroine Victoria Slade is a lawyer (with fantastic professional “ball busting” ovaries who owns a successful law firm), she’s not an AUSA nor is hero Ford Dixon an FBI agent. Though they exist in the Chicago world you’ve created, know many of the characters from past books and encounter a few of them here, this is a book which can stand on its own. Long time readers of this series might remember Ford as the buddy of Brooke Parker from “Love Irresistibly” and I enjoyed her appearances to cheer Ford up and stop him acting broody at the end. Seriously, the threat of a Taylor Swift song on endless repeat would make me give in and talk about my feelings too.

Victoria and Ford keep missing their meet cute until they have an auditory “not meet cute” courtesy of a drunken bachelorette party that somehow ends up back at Ford’s loft condo followed by some next day sheetrock repair. Despite Ford’s initial interest in this gorgeous woman and Victoria’s regret that he has a seeming cavalcade of women tromping to his door it’s not until they get thrown together professionally that they begin to revise their mistaken first impressions.

We have main characters with legitimate reasons to dislike each other while the reason behind them working together is realistic. And thank heavens that they do so courteously and competently while their feelings about each other slowly change. Ford respects a woman’s sexual agency and Victoria has certainly got a lot of that. When they finally get together, I’m surprised sparks don’t set their condo building on fire. Similarly to “It Happened One Wedding,” Victoria and Ford are attracted to each other but think they’ve ruled out anything long term so they’re free to be completely honest with each other.

The sex is smoking, she’s impressing the women in his life, her BFsF and personal associate tell her he’s passed their tests and anyone with the intelligence of a soap dish can see the writing on the wall. All but them of course. He jokes with her that watching him work fuels her “hot-reporter” fantasies while he gets all impressed as Victoria lays down the law about how she’ll handle his sister’s case. Seriously, he gets off on it. So why aren’t they diving into a long term relationship?

Victoria has a job’s worth of reasons to regard marriage like roadkill while Ford has the standard “30 something year old male not ready to settle down” thing going. But more importantly, they’ve got Issues. Victoria’s onset of panic attacks lead back to her unresolved childhood fears of abandonment and Ford’s status as an adult child of an alcoholic father make him leery of giving anyone that emotional power over him again.

All during her sessions with her therapist, I wondered how this would all tie into the rest of the story beyond as a way to physically manoeuver Victoria and Ford into adjoining condos. Then after lots of Saturday appointments and notes joted by Dr. Metzel it all made sense. And knowing how her past was still impacting her life, Victoria now seemed ready to boldly forge ahead. Though I did laugh when Victoria mentally plans on doubling the time she spends on her stress relaxation exercises in order to speed her recovery as this reminded me of reading a book in which an Indian yogi complained of how impatient Americans always want to rush through the stages of meditation to get it done faster.

But wait, nope still not quite to HEA yet. The final shove comes when Victoria realizes that she’s helped bring a family together whereas she usually only sees them breaking apart and part of that is a couple who might actually be able to weather a storm of epic proportions. Finally those “good different” and “scary different” feelings both of them have been having about each other make them hopeful. The butterflies in her stomach – oooh, beware the butterflies! – get her going after Ford and I’m mentally doing a “Rocky” dance as she gathers the courage to lay it on the line before they head home for awesome make-up sex.

I waffled on a B+ because it doesn’t break much new ground in that this relationship reminds me of the one in last years book. Not that I didn’t like that one or this one but they are very similar. And seriously but Ford has never heard of social services or parole officers losing contact with their clients? Really?? However what made me change my mind is that finally twue lurve doesn’t conquer all mental health issues! OMG but yes to that epilogue. A-