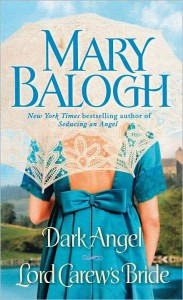 Your books have been an acquired taste for me. My early experiences of them were like my first taste of sushi. They too, seemed like something unusual, intense and raw, to which my palate was unaccustomed. At first I wasn’t sure they would appeal to me, since the protagonists are so often emotional or filled with trepidation, and since it’s not uncommon for the heroes to have names like Rex, Edgar, Archie or Freddy — names that don’t call to my mind much glamour. There’s also the tendency your characters have to think in circles, repeating certain sentences over and over.

But after several tries, I got the hang of reading your books. It takes a certain degree of patience and tolerance for human vulnerabilities and even weaknesses, yet that is also what I find most rewarding about the best of your novels. They can be stories of heartfelt redemption and moving forgiveness.

I’ve now come to appreciate the insight you have into your characters, and the freshness of many of your plots. I still have much of your backlist to catch up on, and not all of your oeuvre has worked for me, but I have kept a dozen or so of your books, and very few authors have come close to matching that.

Among those dozen or so books is Dark Angel, originally published in 1994 as a traditional regency, and now reissued in a 2-in-1 volume with Lord Carew’s Bride. It probably sounds fanciful to say so, but if good books are gems, I like to think Dark Angel is a ruby — a hard, cool stone of a color we associate with both hearts and wounds, with gleaming facets and warm depths.

As a friend of mine once pointed out, the plot of Dark Angel is a bit reminiscent of Les Liaisons Dangereuses (the French epistolary novel which has been adapted for the big screen at least three times, as “Dangerous Liaisons,” “Valmont,” and “Cruel Intentions.”). Here, too, women become pawns in a dangerous game of one-upmanship, although the motives of the game players differ.

The novel begins with two young ladies conversing in a carriage as they enter London. Jennifer Winwood and Samantha Newman are cousins, about to make their debuts in society, but in different circumstances. Eighteen-year-old Samantha is nervous about whether she will have any beaux. Twenty-year-old Jennifer is relieved to have no worries on that score. Jennifer is betrothed–albeit unofficially–to Lionel, Viscount Kersey, and has been since she was fifteen.

Jennifer’s debut has been delayed due first to the death of Lionel’s uncle two years earlier, and later to her own grandmother’s passing, but now, after five years of waiting, she is thrilled at the prospect of coming to London, where her betrothal will be officially announced. She could not dream of a handsomer and more wonderful husband than Lionel, and has no interest whatsoever in any other man.

What Jennifer doesn’t know is that two years before, when Lionel was attending his ailing uncle in Northern England, he toyed with the affections of a young countess married to a much older man. When Catherine turned up pregnant, Lionel abandoned her to face the fury of her husband. But Catherine’s grown stepson, Gabriel, came to her aid and accompanied her to Europe, to offer his support until after the birth of Lionel’s daughter.

Now that Catherine no longer needs him, Gabriel has returned to England. Gabriel’s father passed away during Gabriel’s absence, and the young man is now Earl of Thornhill. But Gabriel’s reputation has been all but destroyed. His stepmother never named her seducer, and when Gabriel left England with her, it was widely assumed he himself impregnated his stepmother, and that his actions brought about his father’s death.

Thus, Gabriel is paying for Lionel’s sins. And since to duel with Lionel would only bring further scandal to Catherine’s name, Gabriel has ruled out slapping his glove in Lionel’s face. Nevertheless, he loathes Lionel with the heat of a hundred thousand suns, and would like nothing more than some kind of vengeance.

On their second day in London, Jennifer and Samantha go for a stroll in Hyde Park, and come into Gabriel and his friend Bertie’s view. Gabriel and Bertie admire the beauty of the two young ladies, while Samantha and Jennifer also notice the men. Jennifer compares Gabriel’s attractive darkness to Lionel’s angelic, golden beauty:

That Lionel is not an angel of light and Gabriel not a prince of darkness is only the first irony, and also the first of many mistaken impressions Jennifer and Samantha have. But soon enough Gabriel proves he is no angel, either. When he sets eyes on Jennifer again at her come-out and learns she is affianced to Lionel, he decides that she will be the perfect means to revenge.

Gabriel, who like many of your characters, is so lifelike and believable, tells himself he will be doing Jennifer a great favor by enticing her to some indiscretion or scandal that will humiliate Lionel publicly. After all, Lionel already has two mistresses, one of whom had borne him children, and Gabriel knows firsthand how unfeeling Lionel is. Though his conscience protests at the thought of manipulating and deceiving an innocent young woman, Gabriel drowns it in both alcohol and anger at the man who debauched his stepmother.

Jennifer is not the most powerful piece on this chess board, but she her painful vulnerability renders her very sympathetic.

In her eagerness to get to know Lionel, whom she has loved for five years, she is disappointed when her betrothed does not steal a kiss or profess true love, and angry with Gabriel for depriving Lionel of a couple of opportunities to show her affection. Yet despite that anger, she is also susceptible to Gabriel’s overtures of friendship. People keep warning her that Gabriel has a terrible reputation, but she can sense he is not cad enough to have earned it.

Meanwhile, Lionel, a delicious villain if ever there was one, realizes what Gabriel is up to and has a play or two left to make. His pawn is Samantha, who is torn between loyalty to Jennifer and an unwelcome attraction to the golden, beautiful Lionel.

Who will win the “game” between the two men, as Lionel calls it? And what will happen when Jennifer realizes she has been played by them both? Can love emerge from these underhanded maneuvers?

Dark Angel is a rewarding book on many levels. The complex plot is deftly handled, and the themes of revenge vs. moral justice, deceit vs. conscience, naivete vs. cynicism, and immorality vs. redemption, are beautifully realized.

The characters feel so real, and the tension that comes from the reader’s knowledge of all that Jennifer is unaware of mounts and mounts until the story reaches its pinnacle in which one twist comes on the heel of another, and revelation follows revelation.

The second half of the book is so tightly packed with dramatic payoffs that I defy anyone to put the book down for very long during this section. I certainly couldn’t, even though I was rereading it this time and knew how things would turn out.

No book is perfect — Dark Angel did not make me fall in love with any of its characters, and I felt a bit of impatience in the first half — but I find it hard to care about that, since for me, this is surely one of the most original and satisfying books in the traditional regency subgenre. A-.