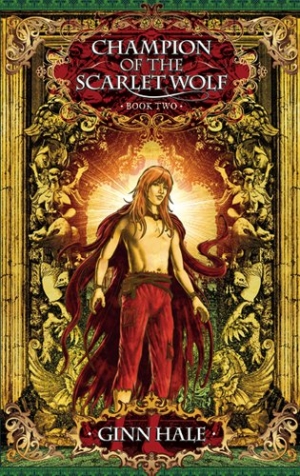 The second part was as good as the first, if not better. The end.

And now for a more detailed attempt at a review. Please note that this is the *second part* – you absolutely cannot read it without reading the first one, therefore please be warned that you will find some spoilers for the first part in this review.

We left Elezar and Skellan right after Skellan beat the Demon Lord at the price of almost dying himself and as we know this triggered several things. The sanctum of the Milmuraille Grimma is now fallen, Grimma Oezir is dead and his witchflame is no more. That left four Mirogoth Grimmas (witch queens, as first book left us to believe, because in this one we will find out precisely who these beings are) free to attack Labarra, because the postwar agreement of the past was that as long as witch flame is burning in the Sanctum, they could not attack.

Skellan finds himself thrown into the role of new count Radulf and Elezar is here as well, they are trying to prepare the defenses of Muramaille against the Grimma troops.

I know that I will be mostly singing the praises of this story again, but I cannot help it. However, first I want to issue my only warning (although it’s a pretty significant one), which is that a couple of book buddies told me that while they thought the story was great, the amount of typos in the book was not up to par with the usual careful copy editing from this publisher (meaning not awful in comparison with a lot of other books, but worse than some other books from this publisher). I am not lowering my grade, because *I* have not seen it, but because I am a reviewer with a defect in regard to typos (I miss them often), I felt the need to mention it.

I do not even know what to praise first. Is it the slow and careful we are shown how Skellan, who had lived his life amongst the poorest folk of the city, was being so brave trying to lead the preparations to war, but was having so much trouble adjusting to etiquette at the dinner table and other trivial matters? Is it Elezar slowly but surely learning how privileged he had been all his life despite living a hard life, because that was his own choosing and he could always return to the life of rich and powerful, and ultimately realizing he was not sure whether he could survive all that Skellan had endured?

“And he had found his values shifting, his appreciation of the strange glowing, and his deference to the wealthy and highborn dulling.

But at the same time he recognized in himself the weakness of wishing to evade responsibility for his choices and new values. How simple it would be to place the blame for all his transgressions of holy Cadeleonian law upon Skellan’s magic. How easy to blame a witch as so many other men before him had done.

Easy, but also, Elezar knew, an act of utter cowardice.”

Several times while I was reading this book, I found myself worrying not just where the action would take our heroes, but thinking, oh wait, I know where it will go and thinking please, please do not go that way, because this is cliché and I do not want this story to travel a clichéd route. As far as I am concerned it *never* went the clichéd way.

For example, Skellan does a seemingly stupid thing and rushes to charge one of the grimmas for a reason which I will conceal as very spoilerish even in this review. Elezar is understandably angry because he thinks that Skellan is a very important figure and he needs to learn how to let others defend him, and if it is their choice, even to die for him. I was thinking: please do not break them up right here, right now. And I loved that angry as he was, Elezar found enough empathy in himself to place himself in Skellan’s shoes and realize why he did what he did. It is not that I do not want couples to argue, it is just so often break ups in m/m novels happen because the writer wants them to break up and not because it makes sense for the characters, and I was glad that it did not happen there.

The characters actions made sense to me 99% of the time and even though the book has a rich and fascinating plot, the characters drive the action too – they do not start to act like zombies in order to get the plot from point A to point B and I really appreciated that. During preparations for war, Elezar at some point remarked that he almost did not see Skellan anymore – and why would he? If the human beings are busy preparing for war, it makes sense that they would have a lot less time to engage in romantic relationship. But they cherish every second together they can find.

“He stroked Skellan’s lean back, feeling the hard angle of his shoulder blades and tracing the line of his spine. Skellan relaxed into his arms. The entire night seemed empty but for the two of them”.

Javier and Kirran play a bigger part in this book; they also stayed and became part of Skellan’s court and part of his defense team. We see their love as strong as it always was, but we also get to see how both men grew and matured and I really liked what I saw. And yes, Kirran gets to build some machines in this book too.

I loved how intrigues in Skellan’s court were portrayed – nobody is condemned by the narrative. Most people act because they have the best intentions in mind and they think that they have Skellan’s interests in mind, but their choices could lead to worse or better consequences. I just liked that the narrative seemed to have sympathy for almost everybody and almost everybody had the potential to grow and change and not to be condemned. Having said that, I was a little confused as to why nobody did anything about the minor villain running around – if he regretted what he almost did in book one, that’s one thing, but he never did. I understood why Skellan would not do anything in light of their past history, but Elezar’s behavior was a little confusing, in the sense that it was a bit too dangerous. On the other hand, Elezar had so much on his plate already that maybe he just decided to let it be.

We get to see the extent of Skellan’s magical abilities in this book and it is truly amazing. It is slowly revealed how his magic can be wild and unpredictable and I loved how Javier, who is so methodical where magic is concerned, could not figure out how Skellan constructed his spells, or more precisely what the mishmash of different kind of magic his spells were. Having said that, I thought it was great how during the final battle with the Grimma, Skellan, who was such an awesome witch forgot to count in the obvious possibility of what could happen and how shocked he was. Everybody can make mistakes, nobody is perfect, but those who try can bounce back too.

I thought the origins of Grimmas and the explanation for the near-catastrophe which had come upon the humans now was very well done – in the sense that the war was also of humans’ own making. Aren’t so many wars that way? And yes, as much as I wanted Skellan to win, I felt for the Grimmas too.

This was a great book, go read it now. If nothing else read it to meet Bone Crusher.

→ Sirius
Previous article: REVIEW: A Fireproof Home for the Bride by Amy Scheibe
Next Post: REVIEW: When Joss Met Matt by Ellie Cahill