[Spoiler alert: I think I’ve managed to avoid direct spoilers for these two installments, but it’s almost impossible to talk substantively about the series without referring to events that occur after the first installment, The Shattered Gates. Proceed at your own risk.] 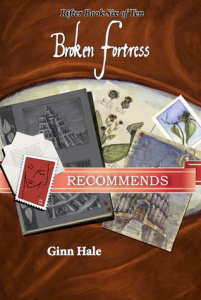 Your Rifter series has been a revelation to me this year. It is one of the most compelling things I’ve read in recent memory, and I find the installment aspect fascinating. I look forward to each month’s release, but I almost never read it when I receive it. I circle the new installment like a dog with a new and obviously delicious bone: I read the summary at the beginning, then I put it aside; then I read the first few pages, then I stop and put it down; and then, finally, I clear a couple of hours and sit down and read the whole thing in one sitting. Slowly. And then I try to find people to converse with about it. The Rifter sucks me in, it makes me think, and it regularly surprises me.

It is also immensely frustrating to review, because between the incompleteness of the monthly installment and the spoiler problem, the gap between what I want to say and what I can say feels almost insurmountable. How do I convey my enthusiasm without spoiling the series for other readers? In our earlier joint review Janine was vigilant at maintaining the balance, but here I have to find a way to do it on my own.

First, a very brief overview of these two installments. They are set in the same time period, and the main characters are closer to the Kyle and John we met in The Shattered Gates. Both men have experienced a great deal, but the time jumps that occur regularly throughout the series have put them together here. John is firmly entrenched in his role as a divinity, while Kahlil is still somethign of an outsider, to Basawar and especially to the Fai’daum. Kahlil and John have arrived at this point in time through different journeys, but they recognize each other, and Kahlil wants to stay with and serve John/Jath’ibaye. This choice settles him into Fai’daum society, where he is viewed with some suspicion at first, but he finds several roles which help to integrate him into the community.

Meanwhile, Jath’ibaye is managing the complexities of being a leader and divine being in Basawar even as he continues to feel mortal thoughts and emotions. These emotions have far greater power in Basawar than they did in his homeland, and controlling and channeling them takes enormous energy. In addition, John/Jath’ibaye has a fuller understanding of events that have occurred in the past than Kahlil does, which means that while on some levels they are able to meet as near-equals, on others Jath’ibaye is burdened with both power and knowledge. For his part, Kahlil has to deal with his imperfect and shifting memories:

“I try not to think about the past too much.” Kahlil shrugged. “You’d be surprised by how little you have to know about yourself to just get through the day.”

“When I first arrived it was, but lately …” Kahlil sighed. “I don’t know. Either I’m getting used to it or my memories are beginning to settle out.”

“I can think about the past a little more easily. There are still two histories, but instead of just crashing into each other, it’s more like …” Kahlil tried to think of a way to describe the interplay of the two sets of memories in his mind.

“You know when you look out this window,” Kahlil said at last, “there’s the view outside but there’s also your reflection in the glass. You can watch everything going on outside, but the reflection is always there. And every now and then you notice it, and the entire view outside goes out of focus. But if you shift your focus, the view comes back. That’s kind of how it is for me.” 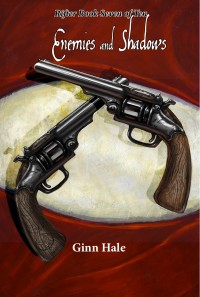 These two installments fuse the more standard plot developments of a Fantasy novel with the romance between Kyle/Kahlil and John/Jath’ibaye. But they also foreground the parallel individual experiences and challenges each faces as a being who is something more than mortal. We first met them when Jath’ibaye was John Toffler, graduate student, and Kahlil was Kyle, milkman and other-worldly being. Now the roles are reversed, as John is a god and Kyle may no longer be a Kahlil. Yet each retains aspects of those lives and their memories, and each negotiates the contradictions inherent in his transformation.

As a result of fully becoming the Rifter on Basawar, Jath’ibaye has enormous power and responsibility, and he doesn’t fight this role; sometimes he seems resigned at best, while at others he appears to embrace it. Kahlil feels more mortal and even wearied by the constant need to reconcile his imperfect memories of the past with the difficulties of of his present existence, but he still has crucial and rare abilities.

In both cases, the portrayal of the tension between strength and privilege on the one hand and the sorrow for what is lost on the other is one of the more nuanced depictions I can remember reading in a Fantasy series. They aren’t heavy-handed in any way, but they enrich my understanding of the characters, and they add a poignancy and depth to the romance. This is particularly impressive because the romance is an important component of the series but it necessarily shares a lot of page time with the complex plot.

By the end of Enemies and Shadows, the suspense has been ratcheted way up and the reader is left teetering on a very scary cliffhanger. Newly introduced characters have become critical players, long-established characters’ arcs have taken new directions, and the gentle passages between Kahlil and Jath’ibaye have given way to violent and traumatic events that make an optimistic ending seem further and further away. And since there are only three installments left to go, you don’t have many pages in which to bring it about. Somehow, though, I think you’ll pull it off.