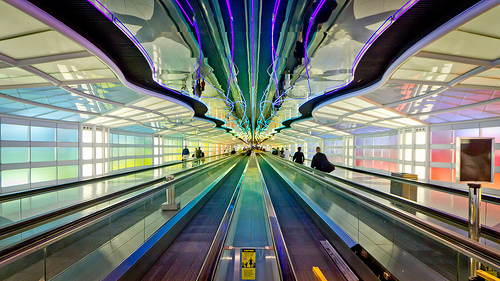 Beginning in 2013, Dear Author will only review books that are available in both epub and Kindle formats.  Let me explain why.

There are two primary reasons why all books should be available in epub and Kindle formats.  The first reason is that competition is important for even (or especially) Kindle users.  The second reason is that publisher, regardless of whether the publisher is the author herself, a traditional print first publisher, or a digital first publisher, should go to where the reader is.

Competition is important to both authors and readers.  First, the authors.

I argued a couple of weeks ago that Agency pricing helped spur both the self published market as well as the Kindle Direct Publishing (KDP) platform.  The reason for this is because if Agency pricing had never reared its head, Amazon might well have felt no need to develop its own publishing platform. It is true that Amazon bought Createspace in 2005, well before Agency was instituted in 2010.  Further, Amazon had been in talks with agents well before 2010.  But the KDP did not announce the 70% royalty platform until January of 2010, the same month in which Agency was imposed upon them.  The program was not put in place until June 2010.  It’s safe to assume that the announcement was made intentionally prematurely to show publishers that Amazon would aggressively move into the publishing space.  Who knows what the royalty fee would have been if Amazon had not been pushed there by Agency.  Who knows when the KDP program would have launched without Agency?  In other words, competition is good for authors.  If Amazon has no competition, there is little incentive for it to keep the royalty structure high.  Amazon is working on razor thin margins and lowering the royalty structure, would increase its publishing margin.

Kindle was launched in 2007. It was slow, had an ugly keyboard attached, but featured an e ink screen.  Nook introduced the Nook which featured an eink screen and an lcd display at the bottom.  In June of 2011, Nook introduced the Nook Simple Touch, a touch screen device.  The Kindle touch screen was announced a few months later.  In November 2010, Nook announced the Nook Color, a tablet type device.  Kindle follows with the Kindle Fire a year later.

This year Nook released the Glow Nook, a front lit e ink screen.  Kindle rumors heat up that in September, a front lit Kindle would be introduced.  (In order to give appropriate credit, it should be noted that Sony developed the devices with a keyboard, a touch screen, and a front lit screen before both Nook and Kindle).

Kindle’s software has often lagged behind that of the Nook, Kobo and Sony.  For instance, Kindle did not have folders or collections like the Nook and Sony.  Kindle did not have library access unlike the Nook and Sony.  Kindle, in order to be competitive, has had to constantly advance its software and hardware in order to meet the new market demand created by new devices such as the Nook Simple Touch or the Nook Tablet or the iPhone and iPad.

Without competition, the Kindle readers would suffer with outdated software, hardware and access.

Going to where the reader is.

Kindle accounts for approximately 60-70% of the digital book market by all accounts. Barnes & Noble claims about 28%.   This means that nearly a third of the ebook readership is not using Kindle.  It doesn’t mean, of course, that the ebook readership doesn’t have access to a Kindle App or can’t read a Kindle book on their computer, but it does mean that nearly a third of people who buy books buy them from a place other than Amazon.
I’ve the great fortune of being able to talk to readers about digital books and digital reading. I field email inquiries on a near daily basis and I get to talk to readers face to face at book conferences.  The number one thing I’ve consistently erred at is assuming the technical proficiency of readers.  This should not be a surprise to me.
In my real job, I often am the go to person on technical problems.  I talk to lawyers regularly about digitization, the workflow management for the paperless office, and evaluating software needs.  These very intelligent people for whom I have a lot of respect often have a difficult time figuring out how to point and click let alone convert a document from one format to another.
The same is true for readers I meet and interact with via the internet.  When I was at RT 2012 just a few months ago, I spoke about digital readers on a panel with Sarah Wendell and Angela James.  I started to explain to one reader the advantages of whisper sync.  Angela James stopped me and asked the reader if she knew what an attachment was.  The reader did not.  I realized anew that readers want to read and nothing else.  It is why the Kindle and its on board purchasing system overtook the market when the first Kindle 3G was introduced in November of 2007.  It is why the movement toward iPads and iPhones are occurring at a quick rate.  The ease of use of these devices allow people to feel comfortable and accomplished.
The reader should not be expected to convert, to email, to strip DRM in order to read the book they want on the device they own.  The reader should not be told to read on their laptop, download another app, or shop at another store.   The reader not only should not have to do this, they do not want to do this.  If reading is made to be too difficult, they will turn to easier forms of entertainment whether that be a different book more easily obtained or a game or a movie.
It is the responsibility of the publisher, regardless of who the publisher is, to come to the reader.  When IPG withdrew its books from Amazon over a contract dispute, I excoriated it for failing to take the opportunity to meet the reader that they were leaving behind.  In other words, don’t make the 10 million Kindle readers get an nook or sony compatible device.  Make the IPG books available in Kindle format and sell direct to the reader.  IPG announced on Friday that Amazon and IPG have kissed and made up and the IPG books would now be available via Kindle once again.   For a period of several months, IPG readers could not read in the format that they desired.  That translated into loss dollars for IPG.

In a letter to clients he [Mark Suchomel, IPG president] notes, “I only regret that we weren’t able to make up for all of the lost revenue when your Kindle titles were not available. We will continue to work hard for every last sale so that all of our publishers stay healthy moving forward.” To that end, IPG is waiving its distribution fee on the next three months of Kindle sales.

Suchomel likely could have reduced those losses where IPG to make Kindle books available direct from the IPG site.   He should have gone to the reader during the period of IPG’s argument with Kindle.
Many authors make a Kindle only decision.  They participate in the Kindle Owners Lending Library which means their books are exclusive to Kindle for a period of 90 days.  They may choose to do business with publishers who do not have distribution arms other than through Amazon and their own sites.  IPG reduced the availability of its books by ceasing to do business with Amazon AND by failing to provide the Kindle readers with a legitimate alternative.   When these authors choose the Kindle only option, they reduce the availability of their books to readers.  Maybe as much as 1/3 of the readership is excluded by a Kindle only publishing option.
As an ebook reader, I am frustrated when people tell me that I should just read a book in paper format.  That’s not my preferred format.  I want to read digitally.  If I was a nook or Sony or Kobo reader, I would not want people to tell me that I can read a book on the computer using the Kindle app. I want that book to be made available to me in the format I prefer.  Many readers will have no idea on how to download and convert a book from Kindle to epub and many won’t be able to because of DRM restrictions.
Further, in non US markets, Amazon often adds a surcharge of $2.00 that the author never gets a cent from.  Thus non US readers are punished again.  Not only is the book that they want not available in their preferred format, but they have to pay extra for the privilege of reading the book.
It is imperative for authors and publishers to go where the reader is whether that reader is a Kindle owner or a Sony owner or a Kobo owner or some other device owner not yet invented.  The onus is not on the reader to leave her preferred device or way of reading behind in order to access a book. It is the publisher of the book, whether it be the author or some other entity, to go to the reader.
In order to support both competition and reader choice, Dear Author will only review digital books that are available in Kindle and epub formats beginning January 2013.

→ Jane
Previous article: REVIEW: Unexpected Family by Molly O’Keefe
Next Post: REVIEW: It Started with a Crush by Melissa McClone