As you may know, Barnes & Noble acquired Fictionwise, Inc. (Fictionwise) on March 3, 2009. Fictionwise runs several eBook websites, including Fictionwise.com, eReader.com and eBookwise.com. Over the past few years there has been a significant decrease in demand for many of the eBook formats that Fictionwise.com sells. In contrast, the new industry standard eBook format supported by Barnes & Noble–ePub–is growing in popularity.

Pursuant to section 2 of the agreement between Fictionwise and you, we hereby provide you with ninety (90) days notice that this agreement will terminate effective February 13th. Your final 4th quarter royalty statement and payment will be mailed February 15th.

If you are not already selling your titles at BN.com and would like to do so, please visit www.pubit.com. 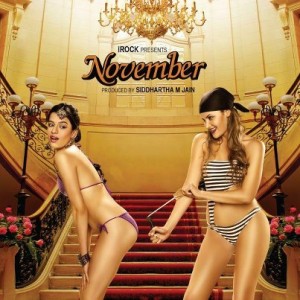 iRock ties up with Mills & Boon – iRock Films and Mills&Boon are an exclusive couple in India. iRock will be making films and TV content based on the Mills&Boon library. There will be three titles launched in the next 18 months. Bollywood Hungama

I googled iRock and came up with this Facebook page which made me wonder if iRock is Bollywood’s version of Joe Francis’ Girls Gone Wild franchise. Let’s hope not.


The Sobering Economics of Ebook Subscription Services – According to surveys of consumers in the UK, readers are not willing to pay more than £10 per month for a Netflix/Spotify access to books. The tone of this article seemed to reflect surprise at this but when movies and music can be obtained in a subscription type form for less, it is unlikely that readers are going to pay more for access to books that they don’t own. Why the surprise? Digital Book World

Penguin eBooks Now Available to All Libraries via a Crappy Deal with 3M Cloud Library – Penguin is making its books available to digital libraries but only through the 3M software and only six months after the initial publication date. The retail license is good for one year only. The Digital Reader

Reading on a Kindle is not the same as reading a book. – Slate Magazine – This is the type of article beloved by true bibliophiles. In fact, I saw Ron Charles of the Washington Post tweet that he reviewed a book that he read on the Kindle. He wouldn’t repeat the horrid experience. The fact is that true readers read print. Everyone else from the able bodied to the sight impaired to those with arthritic wrists or even those who have disabilities is not truly reading. Slate


“Reading isn’t only a matter of our brains; it’s something that we do with our bodies.”

In the strangest essay I’ve read on the subject of ereaders = bad, Andrew Piper places his justifications on the classics. St. Augustine’s conversion, for example, was marked by marking his place in the Bible with his finger.

“We know Augustine was reading a book from the way he randomly accesses a page and uses his finger to mark his place. The conversion at the heart of The Confessions was an affirmation of the new technology of the book within the lives of individuals, indeed, as the technology that helped turn readers into individuals. Turning the page, not turning the handle of the scroll, was the new technical prelude to undergoing a major turn in one’s own life.”

Piper goes on to state that it is the book’s physical form that actually allows the words printed therein to change our lives. No scroll predating a bound book and no words formed by pixels on a screen can do the same.

Moreover, our bodies are yearning for tactility (in the rise of touchscreens) and rejecting the hardware (in the form of developing carpal tunnel from pushing the buttons on the device). It’s a many word opus that is almost too farcical to believe.

→ Jane
Previous article: Daily Deals: A recommended read and a classic from a master of suspense
Next Post: Friday Film Review: Different for Girls