Higher E-book Sales Lead to Lower Revenues at Hachette Book Group – Bring back the printed book says one commenter after reading that Hachette’s revenue is decreasing due to greater sales in ebooks over print books. Net sales from digital products in 2012 – e-books plus downloadable audio – totaled 26% of overall HBG revenue in 2012 compared with 23% in 2011. Lagardere will release profit figures in March. Publishers Weekly 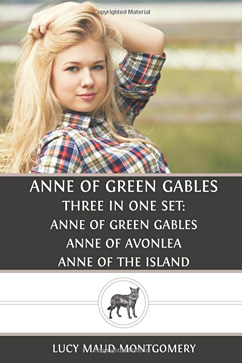 Anne of Green Gables by Lucy Maud – Anne of Green Gables and its sequels are part of the public domain. Some enterprising publishing mill decided to repackage them and slap a sultry blonde in a plaid shirt on the cover. Let’s weep for humanity. Amazon 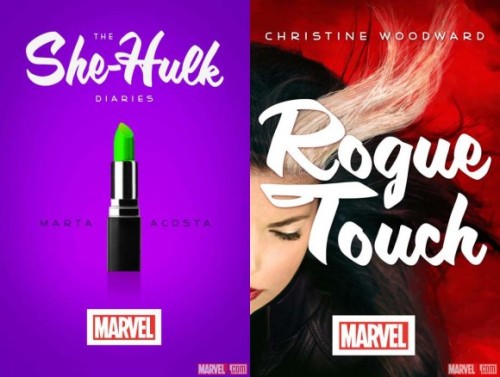 Hyperion And Marvel To Release ROUGE And SHE-HULK Novels – I guess I should play the wait-and-see game with this, but I’m already terrified at how horrible this will be. Marvel Comics has entered into a licensing agreement that will allow Hyperion to publish two action adventure romance novels, one featuring Rogue and one featuring She-Hulk. From the Press Release:

She-Hulk, Marvel’s much-beloved comic book heroine who shares her cousin Bruce Banner’s ability to transform into a hero of incredible power, comes to life in a page-turning novel. In The She-Hulk Diaries, Jennifer Walters, aka She Hulk, juggles climbing the corporate ladder by day and battling villains and saving the world by night—all while trying to navigate the dating world to find a Mr. Right who might not mind a sometimes-very big and green girlfriend.

The second novel, Rogue Touch, features one of the most popular X-Men characters, Rogue, a young woman trying to navigate the challenges of everyday life and romance—except that her touch is deadly. After accidentally putting her first boyfriend in a coma, she runs away from home where, she meets the handsome and otherworldly James and sparks fly. Like Rogue, however, James’ life is hardly simple. To elude his mysterious and dangerous family, James shaves his head, dons all black. Stealing a car, they head out on the highway and eventually, Rogue has to decide whether she will unleash her devastating powers in order to save the only man alive who seems to truly understand her.

Christine Woodward is writing “Rogue Touch” and Marta Acosta is the author of “The She-Hulk Diaries.” I know that there are some super talented writers who have done fan fiction of Marvel Comic book heroes and heroines, but a chick lit version of the She Hulk and Rogue’s angst ridden “I can’t touch anyone without killing him” isn’t going to attract the crossover crowd that Marvel hopes for. Will these books be in or out of the existing universe?  Rogue has an existing, albeit crappy, love interest – Gambit.

These books demonstrate that Marvel and Hyperion understand little about the romance reader and maybe even less about the comic book reader.

I’ve tried Acosta many times in the past, but her writing doesn’t resonate.  Marjorie Liu actually writes for Marvel and writes romances.  Why wouldn’t they get her to write one of these? Or maybe they asked and she wisely refused.