I read this book in part because of chatter on an online forum. One of the readers said it was a love child of Sons of Anarchy and Kristen Ashley. She was not wrong. In fact, I would go so far as to call this an homage to both. Perhaps even fan fiction of both. The subtitle of the book might even be, Motorcycle Man: The Untold Story. Every unsavory and dark thing that could happen to a women in a criminal underworld of motorcycle gangs is likely depicted in this book. What is the most disturbing part is that the women not only tolerate it, but seem to revel in it. 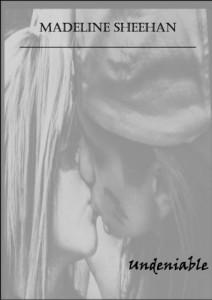 It’s a May/December romance and for the majority of the book, the heroine is around the age of 18 and then 30 while the hero is 35 and then 48. He is, by the time of their HEA, nearing 50, bearded, long haired and greying. Sexy. While the book is marketed as a romance, I’d argue that it is an anti romance. Spoilers ahoy.

Every person in the story seems to be driven by their base sexual urges. We get only a glimpse at what keeps the MC (Motorcycle Club) in business which includes drugs, gun running, and probably flesh peddling. The main two characters are Eva Fox, playing your Mary Sue character for the evening, and Deuce, the motorcycle club president who doesn’t shed a tear at putting a hit on his father and who cheats on Eva constantly even when she is pregnant. (Speaking of derivative, aren’t Eva and Deuce the main characters in Deuce Bigelow? Is there anything original in this book?)

Eva, whom every one loves so much that they will rape her to have her, endures three painful relationships with three different men over the course of approximately 20 years, from age 16 to 35. During that time she professes to only love Deuce. But she also loves Frankie, the crazy ass guy adopted by her father and who has been feeling her up since she was 12. And she comes to have some sort of feelings for the husband of her best friend whom she sleeps with to help get Frankie out of prison.

Let’s back up. Eva and Deuce meet when at prison she is five and he is in his early twenties. He is visiting his father for the last time (before he puts the hit on his father) and Eva is visiting her father. Eva proudly proclaims that there are three species of men.

Let me fix that for you. There are three types of men in the world. There are decent men who don’t believe in blackmailing a woman into bed, who believe in fidelity, and who won’t resort to pistol whipping a woman. There are others who are confident enough to ask for help when they realize they need it. Then there are men in Eva’s world. These are not real men.  These men are children who’ve never grown up and live life like it is their pool to piss in no matter how many others will get contaminated by their poison.

When Eva is twelve, her father informally adopts a crazy boy named Frankie who forces himself on Eva constantly. Her father plans to have Eva marry Frankie to form a new king and queen of the MC when her father is ready to retire. Deuce enters Eva’s life from time to time because his Montana MC business occasionally brings him into contact with Eva’s MC club based in NY. When Eva is sixteen, she has kept her virginity despite Frankie’s incessant requests. Her lust, though, for Deuce is so strong that she allows him to finger her to her first orgasm in the hallway of the MC club. When Eva is eighteen, she goes to a club and he takes her virginity in the alleyway. I should mention that both times Deuce is married with children which he sometimes remembers after he’s screwed Eva.

Fidelity is a foreign concept to all the men in the story except for maybe Frankie. But his fidelity is made to look like something only insane people desire. Frankie, you see, is so possessive and jealous of Eva that he puts a hit out on her life to engage the minute after he dies. He does it, not because he doesn’t love Eva, but because that is what he believes true love inspires. One simply cannot live without the other. So Frankie’s true love for Eva is displayed as a tainted, crazy, awful thing. Whereas Deuce, the real man, will have a club whore suck his dick while he is making Eva kiss him even though both of the women want to stop.

Eva is raped at least twice. I’m uncertain about the scene in which she has sex with the attorney who is blackmailing her.  She professes to come to enjoy her sordid sex and I can’t help but wonder what I’m supposed to take away from these scenes.

In some ways, I marveled at how this story inverted everything about love and romance. The men who love Eva act out against her in terrible ways. The message seems to be that too much love and too much fidelity leads to acts of horror against you and that it is better to be with the guy who would rather fuck around with club whores and professes to love you than it is to be with someone who is truly devoted. Devotion, I take, it is for the weak men.

Real men call their women bitches. Real men tell them that they may leave their wife, but never do. Real men string along two nice women with alternating promises for years. Real men are abusive and will pistol whip you in the head to make sure that you can’t interfere with his plans to kidnap your husband. Real men do not do fidelity.

But let’s go beyond the dehumanization of women and the elevation of abusive, cheating men and talk about the derivative nature of the story. In Motorcycle Man by Kristen Ashley, the hero is a president of an MC. He is married and has two children. There is a scene in the book wherein the wife confronts the hero with the heroine present. The hero, Tack, says this:

And this is from Undeniable:

“Leavin’ you Christine, gonna move into the cabin,” He said quietly. “Can’t do this shit no more. Haven’t slept at home in over a year, you been showin’ up here demandin’ money, throwin’ attitude around and just plain pissin’ me off with your fuckin’ threats. Can’t do it no more.”

The words are not the same but the dialect, the rhythm, the feel is. Deuce is Tack’s uglier, meaner, older brother. They are birthed from the same mother. Toward the end when we meet the beautiful young woman and the younger Deuce that are Deuce’s two kids, I can’t help but be hurtled back into Motorcyle Man where Tack has two kids: a beautiful young woman and a younger Tack. It’s not that I believe that this book plagiarizes Ashley but it feels derivative of Sons of Anarchy, of Motorcycle Man. In Undeniable, we are treated to a scene called “Molding the young into a real man”:

He turned his head towards his son. “Yeah,” He muttered.

“Great fuckin’ legs,” Cage continued. “And her tits, jesus, no fuckin’ bra with tits that big…fuck me.”

He glared. Cage didn’t shut the fuck up he was going to knock him out.

“You get done with her, pass her the fuck to me.”

Cage stared at him. “Are you serious?”

“She the reason you’re pissed off all the time?”

“She the reason you left mom?”

There was a long pause.

“Does this mean I can have at Miranda?”

“Yeah, you fuckin’ hornball. Have at it.”

No one is particularly likeable except for maybe Eva and her friend Kami. In the end I wished that the two of them would leave their cheating lovers and run off together. Sadly it was not that kind of book.

Some of the book was so ludicrous that I couldn’t help but laugh. In one scene, Kami is lying on the bed next to her young son. She and Cox, a guy who says he may leave his wife for her but maybe not, are shouting insults at each other and then next minute they are frantically ripping off their clothes. NEXT TO THE SON. I mean, it was ridiculous.

As an aside, the editing, grammar, typos in the book are numerous. At one point, the book was taken down. I don’t know if changes were made but I suspect that any uploaded copy would have the same problems. Originally I gave this book a D for readability but in the end, I thought the F was more consistent with past grades.