“In 1918, Susannah Braddock is devastated by the news that her beloved husband, Riley, has been killed in battle in France. Heartbroken, she turns to Tanner Grenfell for support. Though technically the Braddocks’ hired hand, Tanner has been helping Susannah run the family horse farm since Riley shipped out, and he has become a true and trusted friend. As time passes and Susannah’s grief begins to ebb, her friendship with Tanner deepens into love. They marry, committing their lives to running the farm and raising Tanner’s two young nephews.

But Susannah and Tanner’s newfound happiness is short lived. Two years after being reported dead, Riley Braddock returns home, shell-shocked and with no memory of his life before the war. All he can remember is Véronique, the French woman who rescued him during the final days of the war and nursed him back to health. Now the Red Cross has returned him to America—and to the wife he no longer knows. As for Susannah, she is torn between her love for Tanner and her loyalty to Riley.

I have read some of your older westerns so when I saw this on offer to us to review, I decided to check it out. There aren’t that many romance historicals set during/immediately after World War I so this is tailor made for my current fascination with the period. While I can tell that this is at least the second book in a series, I easily followed what had happened before and never felt lost in the past relationships. 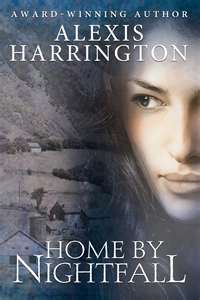 And what an unusual opening – who is this man? Even he doesn’t know nor does the woman who’s taken him in. I love that she’s just an ordinary – though incredibly strong both mentally and physically – woman and not tarted up to be a French sexbomb. It’s the little details included in these scenes – and later ones that compare to them – that grab me and give me a “you are there” feel. The land is torn up, the house is a wreck with chunks gone from the plaster but the roof doesn’t leak and I imagine in those days of “just being past the time of the shelling and artillery fire,” that is a major thing to be thankful for. These two don’t have much but they have each other and that’s enough. But the whole time I’m reading this, I’m waiting for the other shoe to drop – and I do wonder why we aren’t shown this scene.

Meanwhile back in Oregon, the land is fertile and doesn’t smell of death and chemicals. Livestock are plentiful instead of merely hoping you can find a bull to mate your single cow to in order to keep her producing milk. People have changes of clothes and aren’t too worried about finding food. And so many fewer people have haunted eyes and injuries.

It’s a lively cast of characters but they all come to life. The family isn’t perfect and I have to agree with Jess’s assessment of their father-in-law, one that is shared by most – including other family – who know him, as a rotten tooth on two legs. Someone ought to say to him “old man, I’ve got a shovel and lots of space out on the back forty.”

Thank you for not restricting Riley to be an angsty, noblely suffering martyr. He’s pissed that what he knows has been yanked from him by an Army that can’t help him and now he’s dumped with a bunch of people he doesn’t remember in a town and place that hold no memories for him. Then there are the secrets and how he discovers them. He’s got a right to be mad and it would have seem foolish for you not to let him be. His resorting to a whiskey bottle also makes him more realistic. Riley redeems himself somewhat by helping to end a sinister plan – one that also limps along past the point where I’d think people in a small town such as this would have begun to look puzzled at two idlers.

I wonder how many widows found themselves in Susannah’s shoes. That would be a juicy bit of scandal for the day. Susannah’s decision not to tell Riley about the changed circumstances is initially sound given how little they know about Riley beyond his amnesia. but after a while, when his sessions with the doctor have started to show results, it seemed odd for Susannah and Tanner not to get back together. By the time they’d both decided “enough is enough,” I was long past that point and on to “FFS, move back in with the man you love and stop being wishy washy.” This section of the book reads like a dreaded “saggy middle” to me. Lots of on and on.

Unfortunately the book suffers from “end of series syndrome” wherein everyone’s story needs to be tied up and finished. Draggy, draggy, draggy. On and on. I’m definitely a “Rawhide” kind of reader. “Rollling, rolling, rolling. Keep them doggies moving.” [Whip crack!]

As I neared the end, I wondered how you would wrap a few relationships up. One took me by surprise but a nice surprise which then lead me to think, “Well, what’s she going to do about the other one?” I found out. And though I’m happy that Riley got his HEA, I am pissed as hell about how he got it. Angry and pissed. To the point where I would always need to flip to the end of any of your books to make sure who survives and who doesn’t. I’ll give you props for how you handled some of these situations that arose in the book. You showed the good, bad and ugly of a lot of people. Some things are realistic as hell and that took guts. But one character truly did not deserve what happened to him. /rant

Most of the book gets a B-, mainly because of the daring you showed in giving some of these characters warts and wrinkles of the soul. But that ending for one character, [shudders] that gets a F.

*This book is published by Amazon Montlake and is currently available only in Kindle format although you can order a print version from both Amazon and Barnes & Noble.