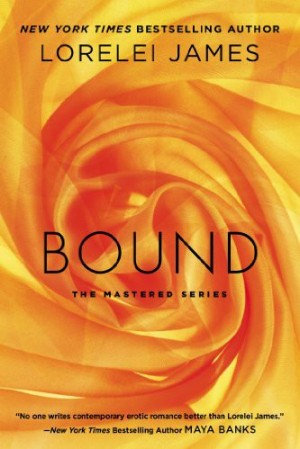 I went into this book with some great expectations but ended it disappointed and not interested in reading the second book of the series. This story pairs up Ronin Black with Amery Hardwick. It contains some of the most fetishistic portrayal of Japanese cultural (without any actual minority in the story) I’ve read in a long time along with some poor dialogue, strained conflicts, and unsexy love scenes.

Let’s start with the issue regarding the cultural appropriation in the story. Ronin Black is described as having high cheekbones and a wide, chiseled jawline courtesy of Germanic or Nordic genes in his lineage. and eyes that tilted upward in the corner, “indicating his family tree also included an Asian branch. His black hair nearly brushed his shoulders.” That’s not so bad although Japanese have high cheekbones and it’s rather common to ascribe the cheekbones and chiseled jawline to European genes and the tilted eyes to Asia.

Ronin is one quarter Japanese but his life is 100% Japanese. He has Shunga prints in his halls; he runs a dojo and is disdainful of Brazilian jitjitsu. He has a zen rock garden on his roof and bonsai trees. He says he lives by the “Samurai code.” I’m not even certain how Ronin is actually one quarter Japanese as we learn that his father was a serviceman stationed in Japan and was also one quarter Japanese. I guess that makes his mother one quarter Japanese in a land that’s one of the most homogenous in the world. Ahem. I don’t even want to start contemplating how a Japanese mother would name her child after a disgraced, itinerant and masterless warrior.

Ronin prefers to be addressed as Sensei Black, trained in a monastery and has had a run-in with rival martial arts experts that the heroine refers to as “Karate Kid” like. Even Ronin’s sexual fetish is rope bondage learned from his monastery master in Japan.

But it’s not just the portrayal of Ronin who, maybe I could accept, but Amery’s interaction with him. Amery constantly refers to his “ninja skills” and his “Zen sayings.” The evil ex is apparently Japanese and Amery refers to her as a geisha and exotic. “She had a better idea what Naomi looked like—probably exotic in that Japanese geisha way.” Later meeting another Amery’s sister, Amery describes her as exotic as well and refers to the Japanese woman’s bodyguard as sumo wrestler or just “Sumo Guy”. Even Ronin is described as exotic as well as his cologne. The sister must be one quarter Japanese because she and Ronin share the same parents but the sister is described as Japanese by Amery. Yet Ronin is not.

To round out the weeaboo nature of this book is that Amery has a scar that she got after being gored by a bull that is amazingly shaped in the Kanji letters of Ronin. ““Because it’s nearly identical to the Japanese symbol for a rogue samurai warrior.” NEARLY IDENTICAL

Um, wow. That is some amazing scab picking. What made me laugh/cry even more is that Amery’s skin is described as white and pure. (She, of course, thinks it is pasty, but our 1/4 Japanese hero thinks it’s pure).

But let’s set that all aside for now and talk about the romance. This is one half of a duology and I think the conflict really suffers from having to stretch beyond one book. Amery is from a fundamentalist upbringing and sometimes her interactions with Ronin are colored by her shame and others it is because Ronin can’t bring himself to reveal anything more than his Japanese fetish to her and at other times it is Ronin’s possible violent nature. Because, you know, owning a dojo and all where she’s learning self defense equals being a violet thug.

Their interactions don’t even read particularly sexy to me. At one point, he’s practicing his “tethered turtle” technique and they make lusty turtle innuendos. . “Come out of that shell and beg me to fuck you, turtle girl.” He later tells her that since she won’t perform with him, he has to use other models and will be touching them with sexual manner. I wish she would have responded that she’d be practicing her massage techniques complete with a rub and tug ending but don’t worry, Ronin, it don’t mean anything.

In sum, I found this book to be offensive with stilted dialogue, an ever changing set of conflicts, and decidedly unsexy love scenes. The strange thing is that I’ve enjoyed Lorelei James books in the past. This is such a departure. It felt forced and awkward. You know, if you’re going to write a character who loves all things Japanese and speaks it at random times, why not just make him Japanese? F