I really liked your book Dirty Little Secrets so I thought I would pick this one up. I thought it was a waste of my $3.00, frankly. And I think a book really has to be a stinker to not be worth $3.00 (although I was disappointed that I wasted the time and money spent on Don’t Look Down which cost about $3.00 after I sold it at half.com) 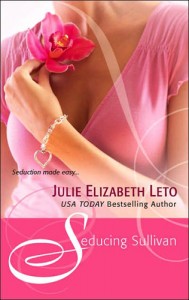 I haven’t been able to get past the second chapter. High school sweethearts, Angela and Jack, broke up on prom night. Angela was ready to give up her virginity to him but didn’t follow through because of their fight. Jack apparently had sex with Angela’s best friend, Chryssie, and impregnated her. It doesn’t come out and say this but the intimations are so strong that you might as well have. My head hurts from you hitting me on it with the plot. Chryssie died 5 years ago and Angela adopted Chrissie’s kid, Dani.

Of course, Angela knows that Jack is the father (I am assuming this by the intimations) and she doesn’t want to let him find out. It would mean that Dani would be taken from her. No thoughts, of course, that you have kept a child from her rightful father for 5 years or anything. But in order for Angela to move on with her life and get find someone and get married, she has to have sex with Jack just once. On their 10 year reunion, Angela puts the moves on, they have sex, but it was soooo good how can Angela just have one experience? But oh no, to do so means that she puts Dani in jeopardy! Tragedy schmagedy. I left off at this point.

Let’s hope that your sequel to Dirty Little Secrets is better than this offering. I am going to chalk this up to you being forced by Sil/HQ to write some secret baby story. There really need to be warning labels on books: Danger: Secret Baby Story. Step Away From the Book.